Bai Jingting will dominate the screen in March! New drama “You are my city camp” and “Glory Pong” will be released successively

Bai Jingting will dominate the screen in March

Among the recent TV series previews, the TV series starring Bai Jingting occupies two, namely “You are my city camp” and “Glory Ping Pong”, both of which are quite physical tests. I believe that During the filming, Bai Jingting must have spent a lot of thoughts on these two dramas. As a soldier, the former must train his muscles and learn the physical strength and ethics required as a soldier. The latter has to learn table tennis and exercise physical strength, which is really hard work for Bai Jingting. 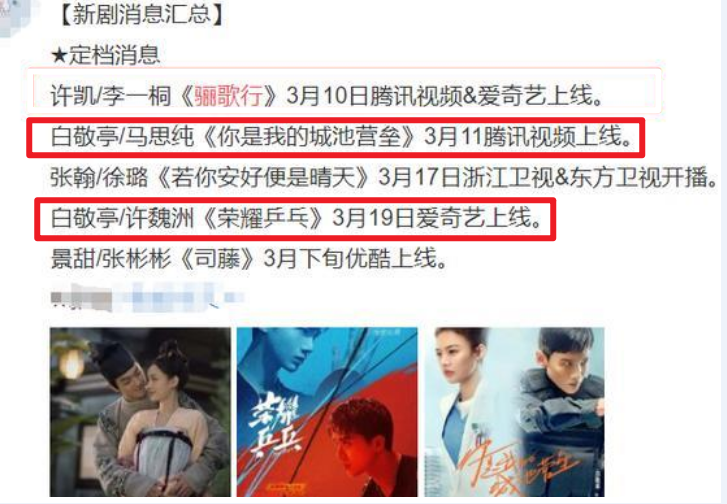 Bai Jingting’s new drama “You Are My City Camp” will be broadcast on March 11, and the TV series “Glory Ping Pong” will be released at an interval of 8 days. In just 8 days, Bai Jingting’s TV series were launched one after another. This is the intention of Bai Jingting to dominate the screen.

Bai Jingting is finally going to be “popular”! Everyone knows that Bai Jingting has made many TV series during his debut in the past few years. He has acted as a leading role and a supporting role, because his personality is that kind of Buddha-like boy. He will promote and participate in various interviews for all the TV series that appear in the TV series, but never Will have scandals with female celebrities, and he is also very low-key.

Of course, this is because his love is a pile of AJ shoes in his room. When you first look at Bai Jingting, you may think that this boy looks quite shy, and looks like that kind of handsome boy.

Moreover, it can be seen from the photos that his movements are a bit stiff, unnatural, and not much expression, but in fact, Bai Jingting is a very funny person in private.

New drama “You are my city camp”

Bai Jingting’s new drama “You Are My City Camp” will meet you in Tencent video on March 11th. As soon as the news came out, the audience couldn’t restrain themselves and they wanted to see this TV show immediately.

The play tells the story of a new doctor Mi Yan who met special police Xing Kelei when he was participating in emergency rescue training organized by the hospital and the special police team. The two were attracted to each other by their personalities while getting along, so they knew each other and loved each other. 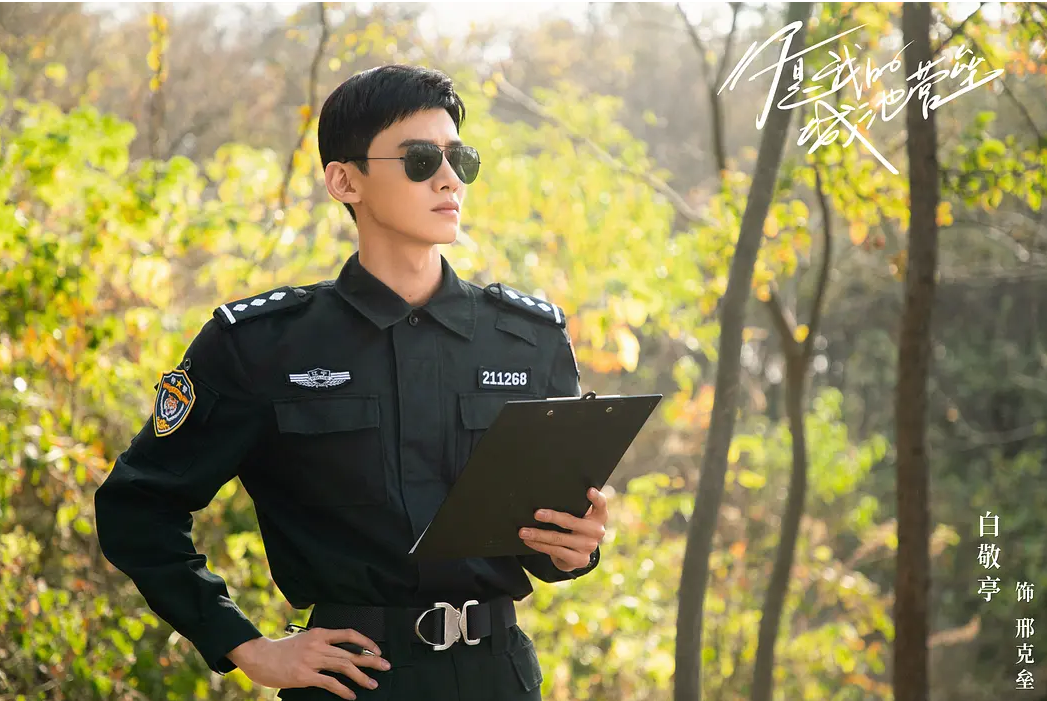 Bai Jingting plays the male protagonist Xing Kelei, who is a yuppie and heroic SWAT captain. The yuppie refers to a handsome young man with a little snobbery in his grace. From the stills, we can see that Xing Kelei is a usual hippie smiling face, a typical “second generation ancestor” appearance, but as long as he puts on a police uniform, he immediately becomes a person who can be trusted and trusted, and he will no longer be arrogant when dealing with problems. It’s everything. I usually don’t care about women. I didn’t know what it means to be agitated and restless until I met the heroine Mi Yan. He wanted to get close to the heroine, but made mistakes repeatedly, which caused the heroine’s first impression of him. A very bad evaluation. 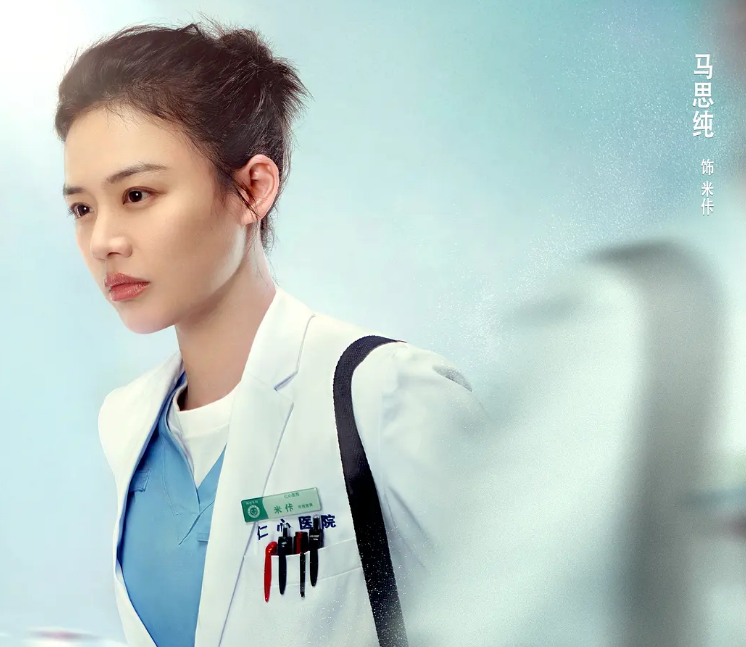 Ma Sichun plays the female protagonist Mi Ha. She met the protagonist during emergency rescue training. She is a doctor who strictly abides by professional ethics and takes the health benefits of patients as the most important criterion.

After an interval of 8 days, that is, on March 19, Bai Jingting’s other TV series “Glory Ping Pong” will be released.

This TV series mainly depicts that the hero Xu Tan was teased and teased because of his shy personality and weak body. After that, under the influence of his grandpa, he began to build up his body and learn table tennis.

During the period of learning table tennis, I experienced a lot of hardships. The most serious one was when I was about to leave the world of table tennis and was discovered by Bo Le, and started to formally enter the path of professional table tennis.

So I got to know Yu Kenan, a talented young man in table tennis, and opened the bloody story of “falling in love and killing” with Yu Kenan on the table tennis arena.

In this TV series, Bai Jingting serves as the male lead-Xu Tan, a shy and weak boy from an early age, so grandpa took him to exercise, practice table tennis, and face others more by the way. So as to improve his two “fatal” problems.

After growing up, he was discovered by Bole and focused on training. After experiencing all kinds of hardships and pressures, the male lead finally learned something and became the absolute main force in the team.

Xu Weizhou, who plays the second male player, is a genius table tennis teenager-Yu Kenan. Because he learned to play with professional players from a young age, and then achieved small achievements, he was praised by everyone as a genius player and became very arrogant. 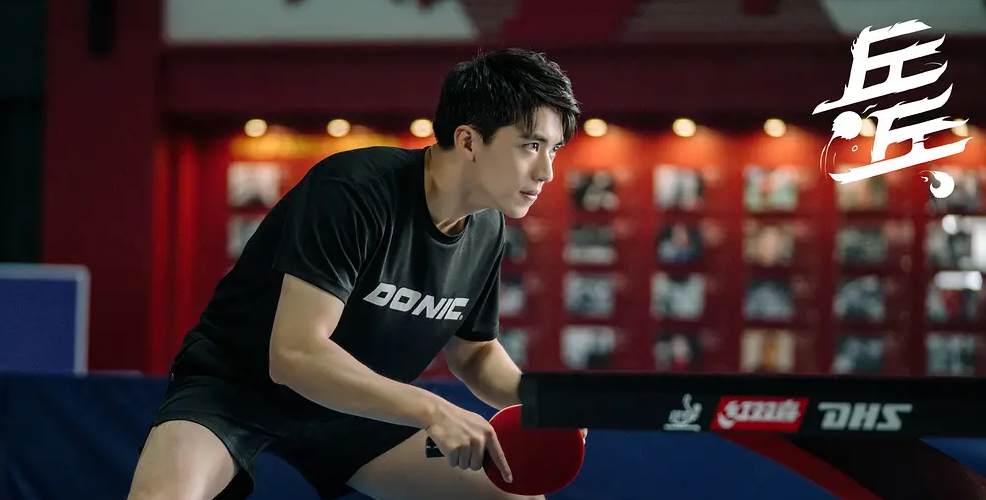 The editor believes that once these two dramas are aired, Bai Jingting will surely win the “dominant screen” male god, and both TV series will be “popular”! What do you think?