Review
In addition to pursuing toughness, basic performance and camera functions have been improved

On August 30, 2019, au will release a new model of toughness smartphone “TORQUE G04 KYV46” (manufactured by Kyocera; hereinafter G04). Using a prototype close to the product version, we focused on the appeal of this machine as a full-fledged toughness model and focused on the differences from the previous model “G03” and conducted a review. 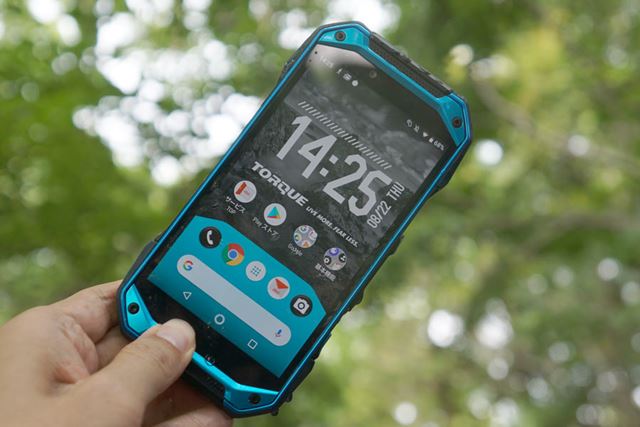 I shot the inside of the sea with au’s toughness smartphone “TORQUE G04”!

au has lined up terminals with a focus on toughness performance since the era of mobile phones. The origin is Casio’s G-SHOCK mobile phone “G’zOne C303CA” that appeared in 2000, and since the smartphone era, “G’zOne IS11CA” (released in 2011) and 2012 ” Released “G’zOne TYPE-L CAL21” (released in 2012). Since Casio withdrew from mobile devices, Kyocera has released the “TORQUE” series, which continues the concept, once every one to two years. “TORQUE G04” is the latest model.

Let’s look at it from the body. Adopting a liquid crystal display of about 5.0 inches corresponding to 1920 × 1080 full HD display, the body size is about 73 (width) × 150 (height) × 13.4 (thickness) mm, and the weight is about 200 g. Compared with the previous model “G03”, the screen size has been expanded by 0.4 inches, and the screen resolution has also been increased from 1280 x 720 HD to high definition, resulting in display performance according to the times. In addition, the width of the body has been expanded by about 2 mm and the weight has been increased by about 2 g due to the increase in screen size, but I can not feel the difference so much. 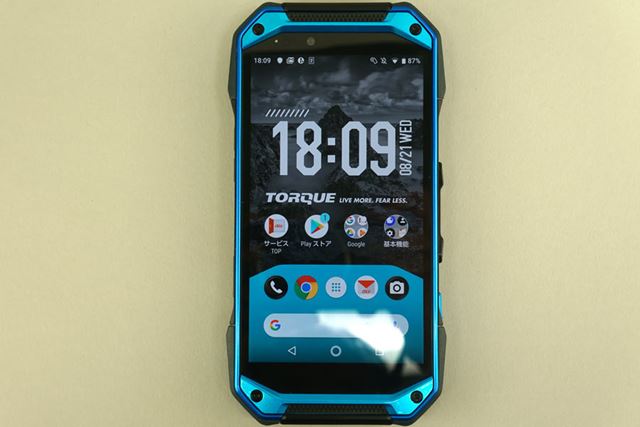 The aspect ratio of the display is 16: 9. Not the mainstream ultra-long portrait display these days 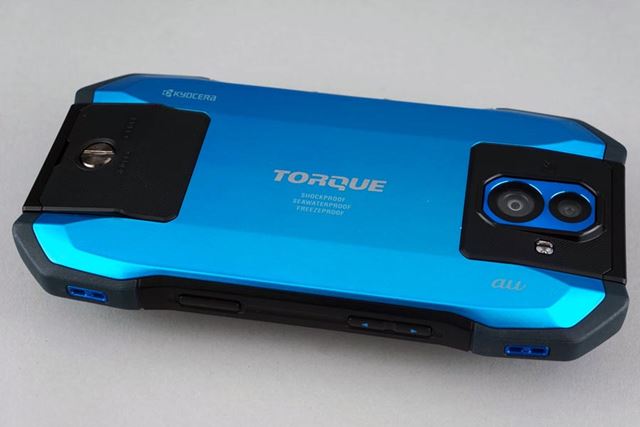 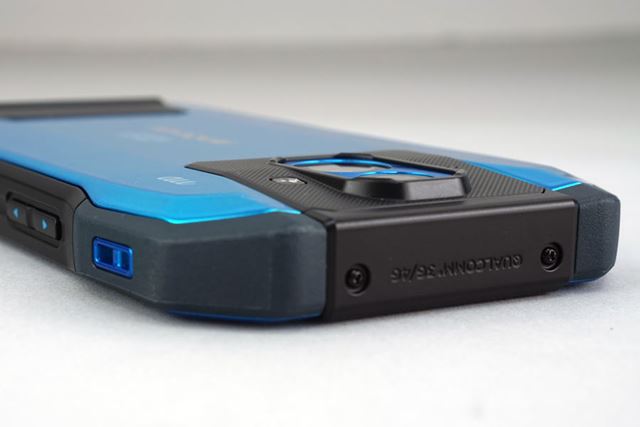 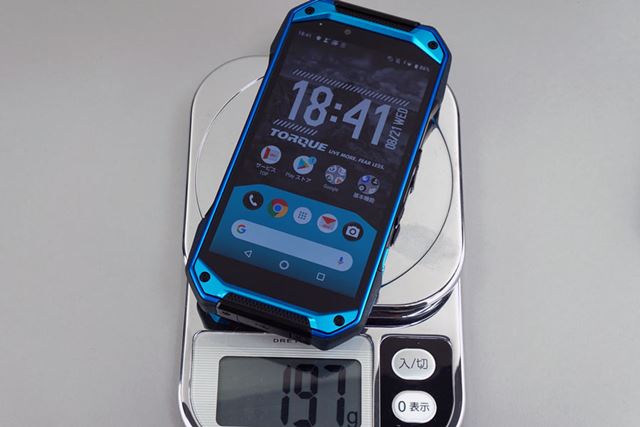 The weight measured with a digital scale at hand was 197g, which was about 3g lighter than the catalog specifications.

Let’s take a closer look at the attention toughness performance. Not only does it support IPX5 / 8 waterproof grade and IP6X grade dustproof use, but also 22 items of U.S. Department of Defense procurement standard MIL-STD-810G (2 conditions of wind and rain, immersion, raindrops, dust, drop) , Shock, vibration, sunlight irradiation, humidity, high temperature operation, high temperature storage of 2 conditions, low temperature operation, low temperature storage, temperature shock, low pressure operation, low pressure storage, salt spray, freeze-thaw, ice / cold rain) ing. Regarding the fall, it exceeds the MIL-STD-810G standard and can withstand the impact when it falls from a height of 2 meters onto a steel plate and concrete floor. It has also passed the test of dropping a steel ball of about 100g on the display surface and the withstand load (load applied to the entire body) test up to 100kgf. 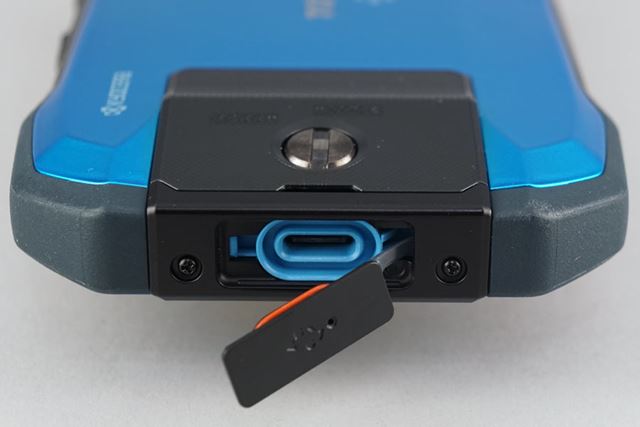 The USB port has a waterproof cap. This cap can be easily replaced by disassembling it. 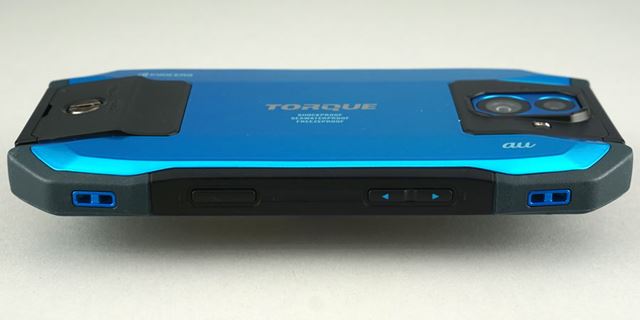 On the left side, there are two strap holes on the top and bottom, customizable function keys, and volume button. 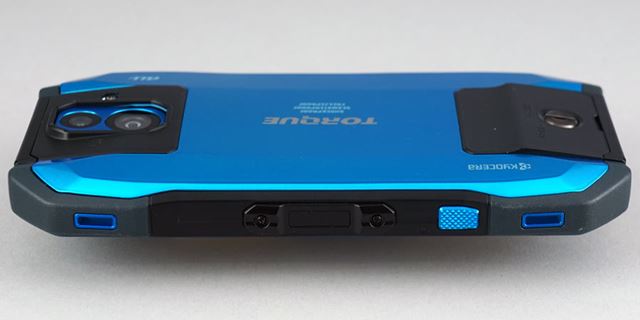 On the right side, there are holes for attaching a separately sold hard holder in two places, a shutter button convenient for underwater shooting, and a power button that doubles as a fingerprint authentication sensor. 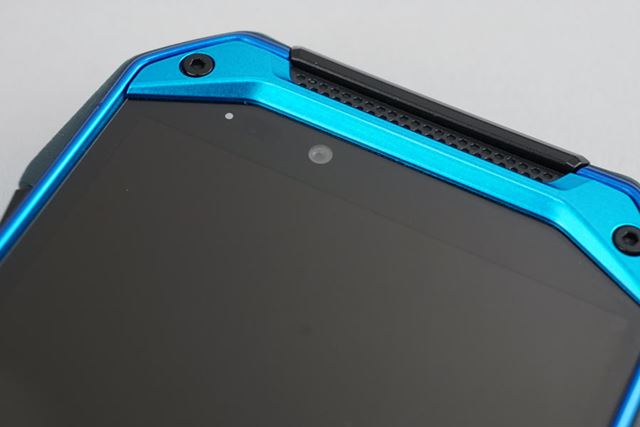 A raised frame surrounds the display to protect it. The display itself has a unique “hybrid shield” structure with AGC’s tempered glass “Dragontrail” and an acrylic screen bonded together to improve durability. 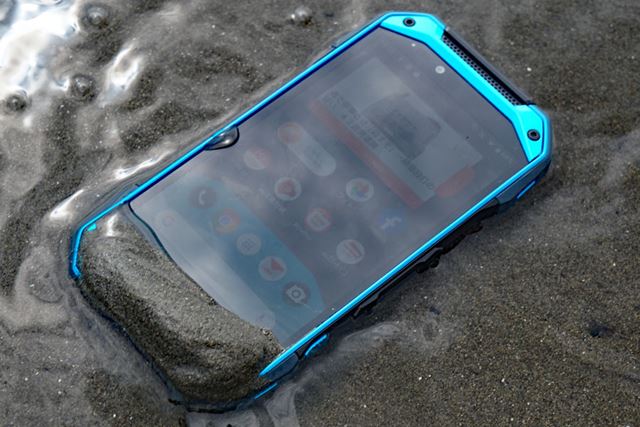 It is compatible with seawater (salt water) following the previous model. There are not many waterproof smartphones, but few models claim salt water compatibility 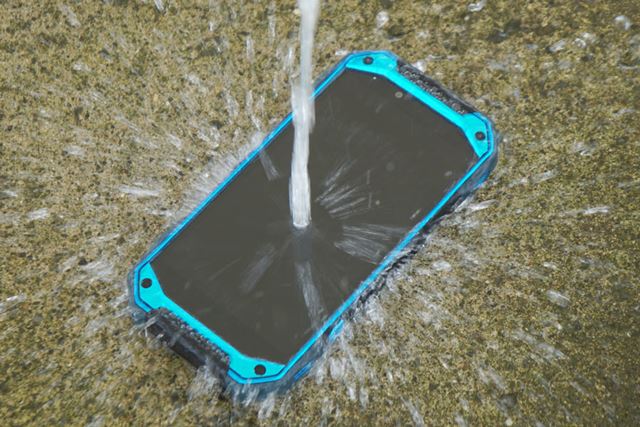 In addition to tap water, you can also wash the body with hot water from the shower or faucet 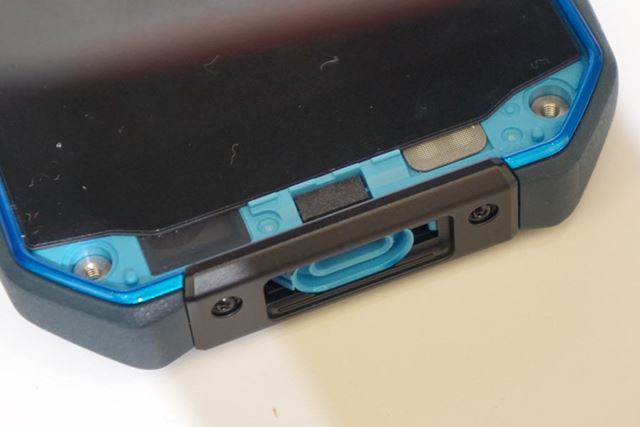 It is also designed for body maintenance, and part of the body panel can be removed to wash away dirt that has entered. 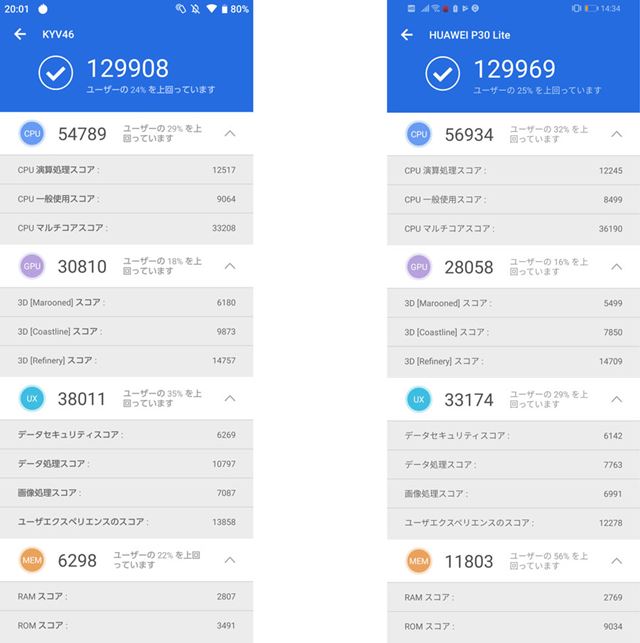 Although it is an actual experience speed, compared to the latest high-end models such as “Galaxy S10”, it is not as smooth as overall operation such as application startup and screen scrolling, but if it is a game that does not require SNS, Web, graphic performance so much I don’t really care about the lack of processing performance. Even games that require high graphic performance can work without problems if the image quality is adjusted. However, it seems that the treatment drop tends to occur earlier if the high load continues, probably because of restrictions on heat treatment.

Although it is an additional function, it continues to support FeliCa and NFC ports and wireless charging Qi. In addition, Bluetooth has been updated from version 4.1 to 5.0 of the previous model, and the maximum speed of LTE has been strengthened from 225 Mbps to 400 Mbps (both maximum downlink speed). In addition, the headphone terminal that was installed in “G03” is no longer installed.

Let’s look around the battery. This unit uses a replaceable battery pack with a capacity of 2,940mAh. Looking at the battery life indicator, the “battery life” is about 95 hours, which is slightly shorter than the “G03” about 100 hours. In this verification, when I used it for about 2 hours intermittently for SNS and camera shooting, the remaining battery level was 58% after 24 hours. At this pace, 2 days plus α is likely to hold up without charging. (August 26, 2019: The battery pack has the same model number as “G03”, but it is different. We apologize for the correction.)

Looking at the charging function, it supports USB PD compatible wired rapid charging and wireless charging. Wireless charging is also effective for maintaining the toughness of this unit, as it is not necessary to attach and detach the protective cap of the USB port. 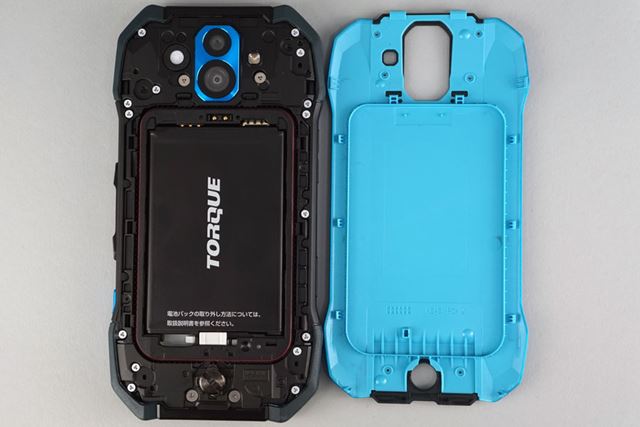 To replace the battery, you need to remove the back cover with a screw. The inner lid on “G03” was abolished. 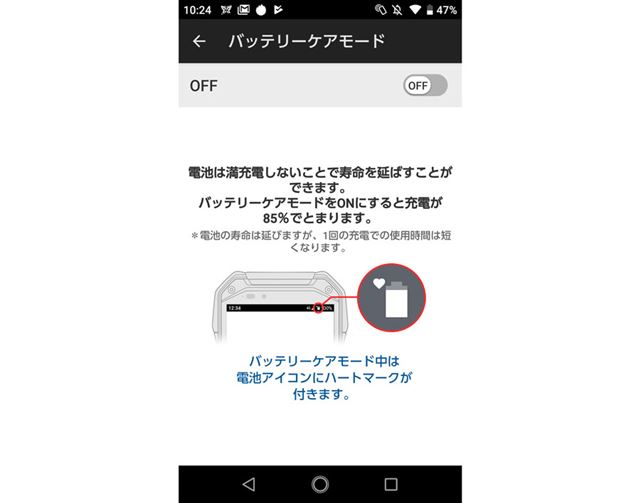 It also has a “battery care mode” that keeps the charge to 85% and prevents the deterioration of the battery.

The unique camera function “action overlay function” that was also installed on the “G03” will continue to be installed. This is to display (overlay) speed, movement distance, route information, altitude, etc. on top of moving images and still images. Also, using the shutter button located on the side, you can easily take pictures with the camera underwater, which is a unique feature. 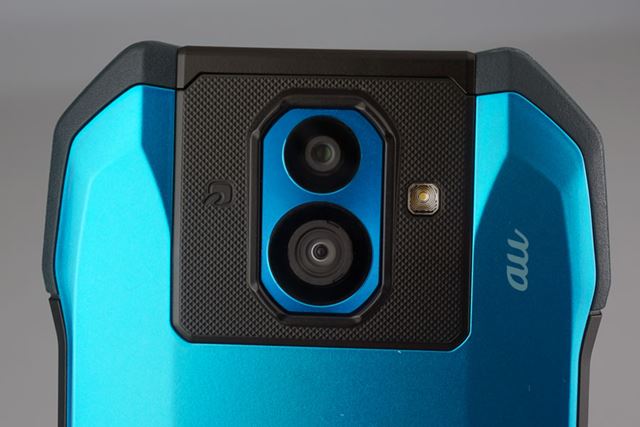 As with the previous model, the main camera is a double camera that combines a standard camera and a super wide-angle camera. In each case, the hardware was completely reviewed to improve the image quality, which was a bottleneck. 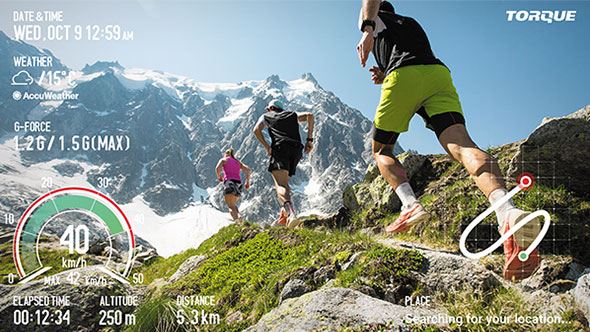 An action overlay function that overlays information such as route, barometric pressure, and weather on the photo. Can be used for trekking and walking 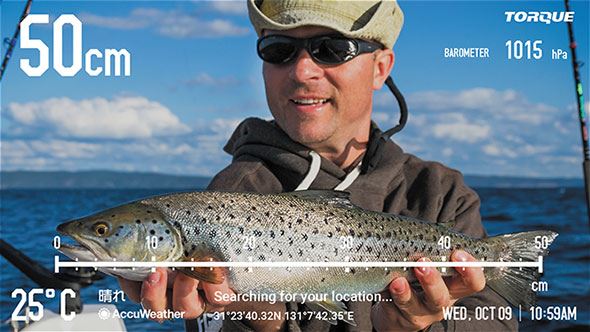 A function to measure the type and size of the fish of the subject is also newly installed.

Below are examples of photographs taken with the main camera of this unit. The shooting mode is left at the default setting, and the camera is left to shoot. Please note that the image quality tuning may differ between the verification device used this time and the product version. 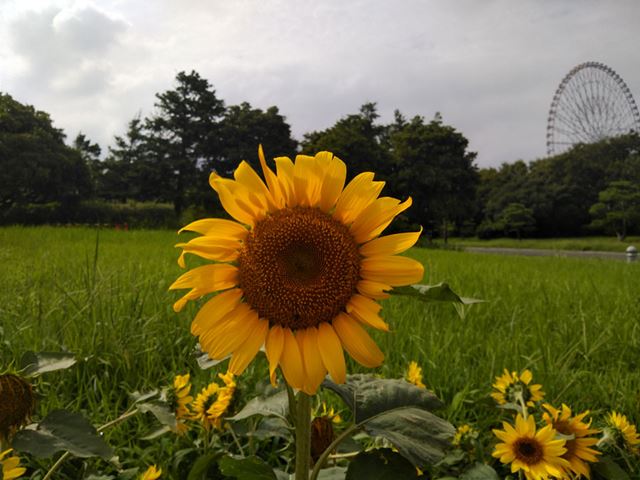 We photograph sunflower outdoors in the light cloudy weather. The resolution of the stigma is quite good 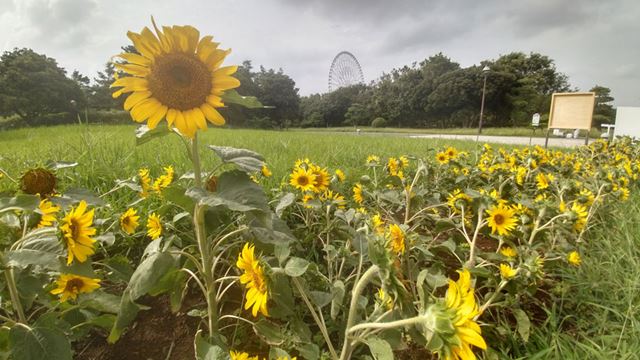 The same composition was shot with a wide-angle camera. A slight flare appears and the finish looks like haze, but the noticeable noise is suppressed with “G03”, and the image quality is considerably improved 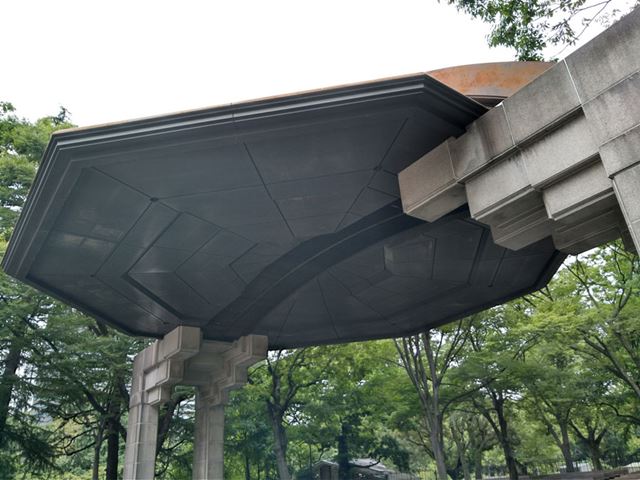 Filming the attic of the outdoor stage. I made a composition with a large difference in light and shade and tried the effect of HDR. The attic is clear with little noise, but the details were blown off in the cloudy sky 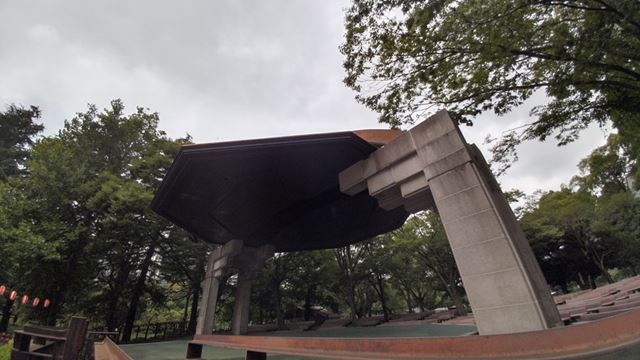 The same composition as above was shot with a super wide-angle camera. The shadows of the clouds are similar to those of the naked eye, but the attic that creates shadows is noisy. Ultra-wide-angle camera has fixed focus and cannot adjust exposure 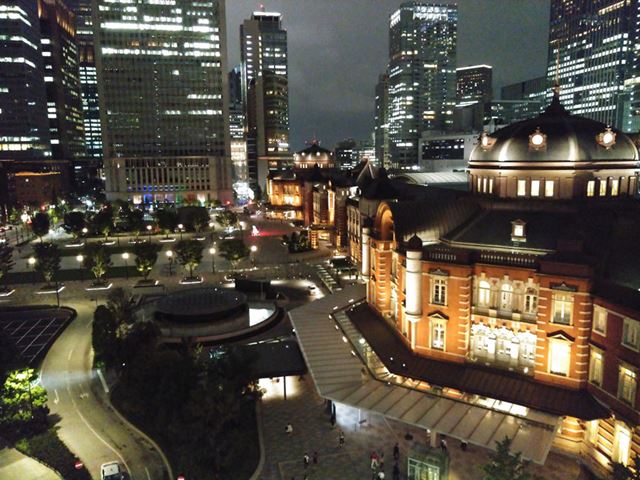 Night view of Marunouchi. It was switched to night view mode by scene recognition. Although the amount of light is low and it is generally dim, the shadows of the clouds reflected in the valleys of the buildings remain well, and the dark noise is generally low. On the contrary, when expanding the bright part, noise like a black line was seen 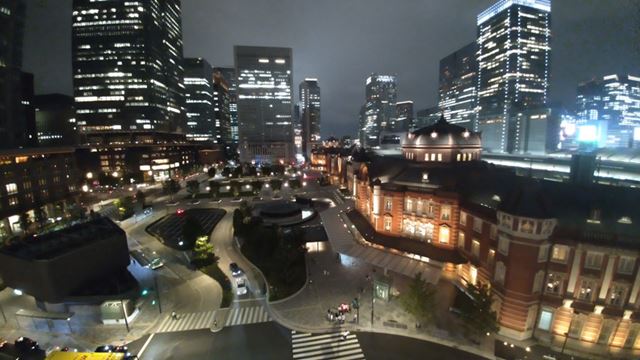 The camera of this unit uses a high-pixel image sensor and a newly developed lens to enhance high-sensitivity shooting, which was a bottleneck, and has evolved into an easy-to-use camera. However, the recent evolution of camera performance in all smartphones seems to have finally reached the standard level.

The only toughness smartphone with no rivals

Above, we have delivered a review of “G04”. There are SIM fleece smartphones such as the caterpillar “CAT S41” and the Kyocera “DURA FORCE PRO” as toughness smartphones that are likely to compete with this machine, but these are corporate products that are intended to be used at construction sites etc. is there. The “TORQUE” series is the only one that is intended for outdoor leisure and sports. With the first appearance in two years, the screen size and resolution have improved, and the processing performance has also been strengthened, achieving a normal evolution in line with the times.

The point to be worried about is that the processing performance is not so high for smartphones in the price range of around 80,000 yen, so the performance may become obsolete soon. Looking at the evaluation of TORQUE’s past models “G02” and “G03” in the user reviews of Kakaku.com, there was a tendency that more and more opinions felt that the processing performance was insufficient as time passed from the launch. Also, since the “TORQUE” series has many unique applications, it may take a relatively long time to upgrade the OS version.

If toughness is important, this product is arguably the strongest smartphone, and it would be ant to choose by design. However, the cost of the toughness machine as described above is not inevitable, so it is worth paying attention to that point.

FB’s friends are four Hikikomori digital mono writers. The virtual special skill is crapless, which uses a lot of erroneous conversions, and the real special skill is a master class in terms of timing and frequency due to the delay in the last train.