Entering the year 2021, Wi-Fi 6 technology has gradually reached the hands of users, as more and more smartphones and laptops are equipped with this advanced technology. For example, the iPhone 12 Pro from Apple, or Dell XPS 13 9310 laptop to the latest PlayStation 5 from Sony. 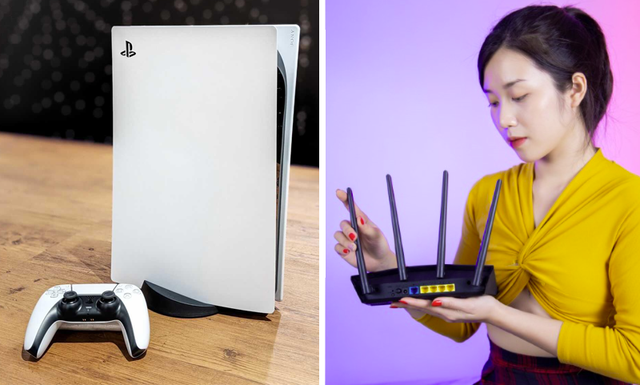 To fully utilize the power and blazing fast speeds of Wi-Fi 6, users will first need a Wi-Fi 6-equipped router. And ASUS RT-AX55 is one of the best Wi-Fi 6 routers. The cheapest-today, with the ability to connect to a lot of home devices, offers a super-fast network speed and easy setup.

ASUS RT-AX55 has a fairly compact design with dimensions of 56x230x134mm and weight of only 374g. It has up to four adjustable antennas that you can push backwards and move from side to side away from the back of the router. 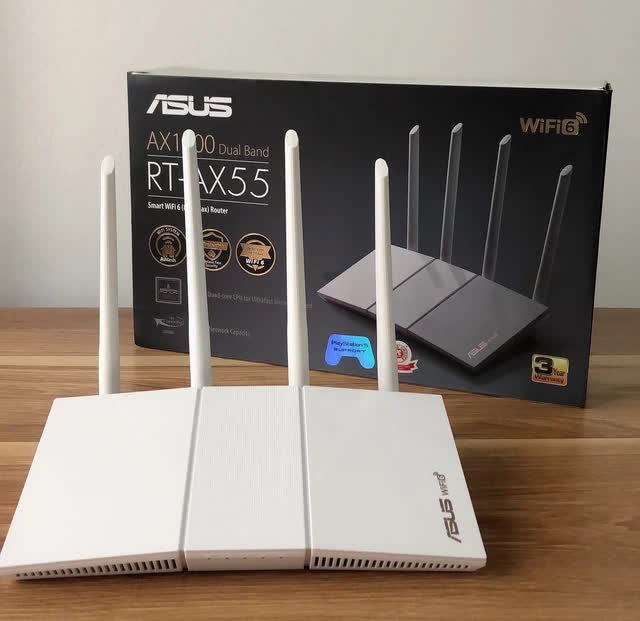 The antenna sits above four gigabit Ethernet LAN ports and one WAN port, along with a reset button, a switch to WPS button, and a power port. Due to its affordable price, the Asus RT-AX55 does not have the same USB port as mid-range and high-end routers, which means users will not be able to attach peripherals such as external hard drives to the RT-AX55. . However, at this price point, most users who buy the ASUS RT-AX55 won’t care about the storage capacity and NAS drive of the router. 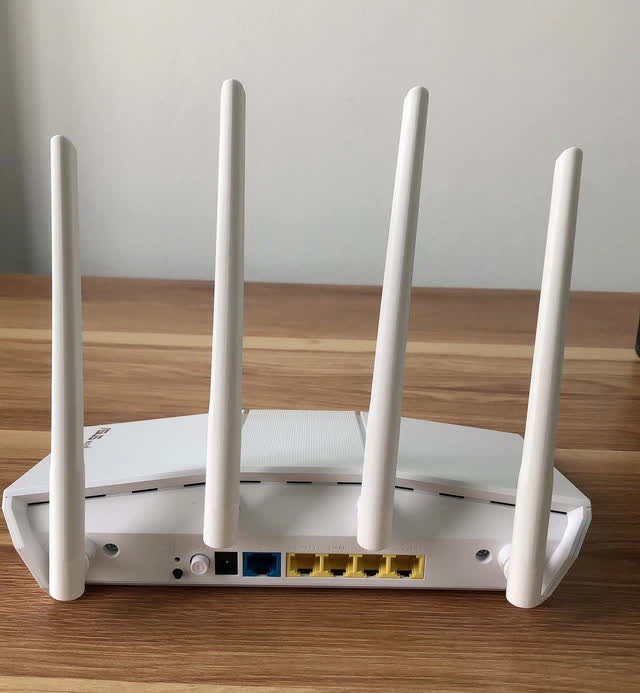 In terms of design, the RT-AX55 is a router with a typical design: The flat trapezoid looks pretty pit in the ASUS style. The air vents on the front, back, sides and bottom mean any warm air generated by the components can easily escape. One downside of the RT-AX55 is its inability to wall mount, which is an issue for some people, but with its relatively small size and light weight, users will easily find the right location. for the RT-AX55 in your home. Or you can find the wall stickers that are widely distributed in the market.

For now, almost any manufacturer of home networking equipment will take the time to make the setup as easy as possible for the user, but for now the majority is still in the form of a website. with many options that many users do not know how to use. For ASUS, it went a step further with c routersUse an application with a beautiful interface, easy to use for both iOS and Android platforms. 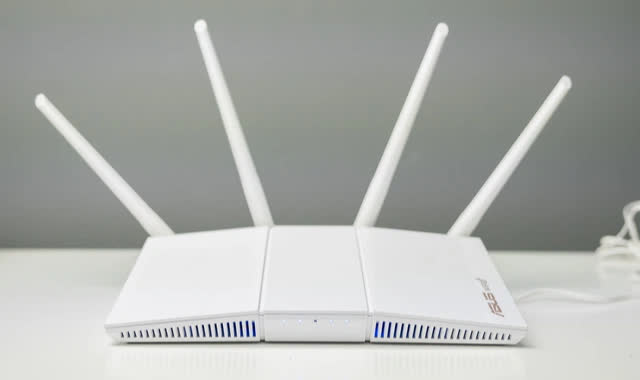 While most router management apps will have a neat and minimalistic look, the Asus app is lavishly decorated with lots of pretty pits, sci-fi inspired. Either way, new users won’t feel out of place as the ASUS Router app helps users do all the things they have to do: From power off the modem before connecting to the router via Ethernet, turning on the router and then. Turn on the modem again.

The whole process takes about two minutes – but sometimes users will have to wait longer for the ASUS Router app to automatically update the security firmware. Once set up and started using, users can tinker with a variety of things through the app. Capturing this is actually quite simple thanks to the sensible composition. Basically, the ASUS Router app gives the user a quick overview of your network and all the devices on it.

Testing the ASUS RT-AX55 when standing next to it, 2 walls or downstairs, still exceeded expectations. 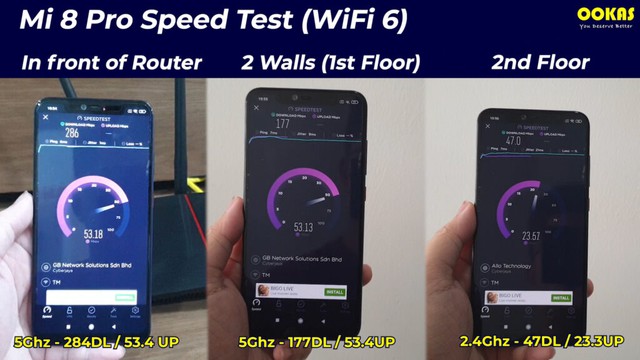 In testing and everyday use, the ASUS RT-AX55 performed very well in terms of speed – especially on devices equipped with Wi-Fi 6 technology and in terms of range. In particular, the connections on the 5GHz band, which are not interrupted after going from two rooms or more on any device, remain strong on the Wi-Fi 6 device. 2.4GHz is slower, but has more broad coverage. 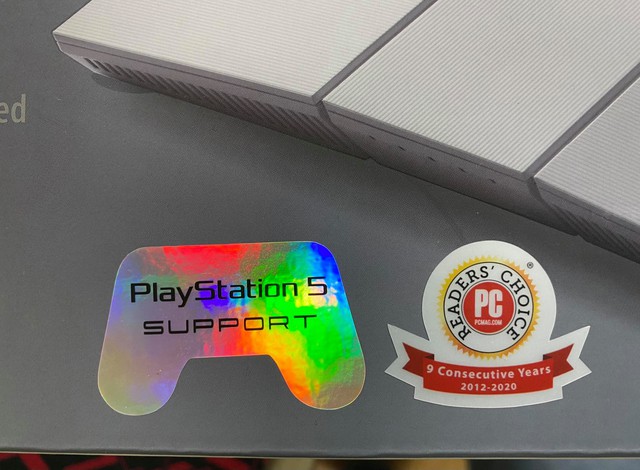 The ASUS RT-AX55 is a very inexpensive Wi-Fi 6 router that works well as a standalone device. In addition it can be cleverly paired with another device to form a grid system. Its downsides are really negligible with the lack of a USB port, the inability to mount it on the wall, but most people don’t need these features. If you are looking for a cheap Wi-Fi 6 solution, you will probably be pleased to choose the ASUS RT-AX55.