Earlier last year, Asus launched Fonepad, a tablet capable of calling. This is a pretty successful product, and since then Asus has released two upgrades for Asus Fonepad.

The first upgrade only slightly increased the configuration and performance of the machine, while the second upgrade changed in design, along with configuration upgrades. The latest version of this product line, two SIM Asus Fonepad 7 (code name ME175CG) adds the ability to use two SIM at the same time, bringing the convenience when using both SIM phone and SIM for 3G. The machine has started to be sold in Vietnam since last month, for 4.5 million VND for 8 GB memory version.

The launch of the Fonepad last year was impressive with the rugged design, using an aluminum backside to give a luxurious feel. However, the second Fonepad, which was released at the end of last year, changed in design, when using the plastic back cover and switching the SIM plug area, the memory card moved to the right. The two SIM Fonepad also use the plastic cover like Fonepad 2, but there is a slight change in the slots. Specifically, two SIM slots and memory card slot are placed side by side on the left side, sharing a dust cover. This layout makes changing SIM and card easier than the previous two devices. 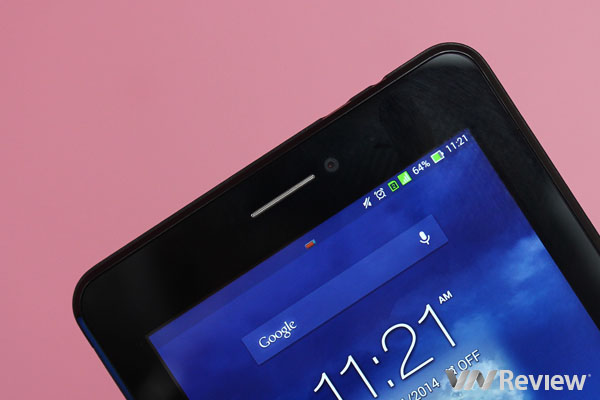 Fonepad's back cover uses smooth plastic material, limiting fingerprints, there are two choices of colors are gray and white. The power button and volume adjustment of the device are slightly deflected toward the back cover, making the edges of the device more compact. The speakerphone is also placed in the lower part of the back, while at the top is the 5 megapixel camera. 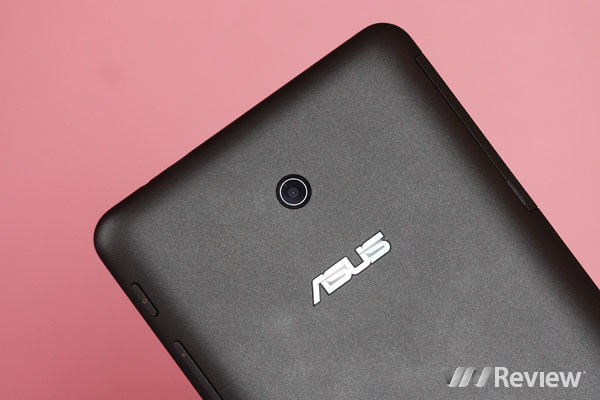 The back of the machine uses smooth plastic material, less fingerprints. The physical buttons are skewed to the back

The screen of the Fonepad is 7 inches wide with the same size and weight as a small tablet: it can be held with one hand but uncomfortable. Asus tablets are often criticized because the front is quite thick, and this Fonepad is no exception. The protective glass of the screen is quite easy to stick to fingerprints. At the top of the screen is a speaker and front camera; The machine has no light sensor. 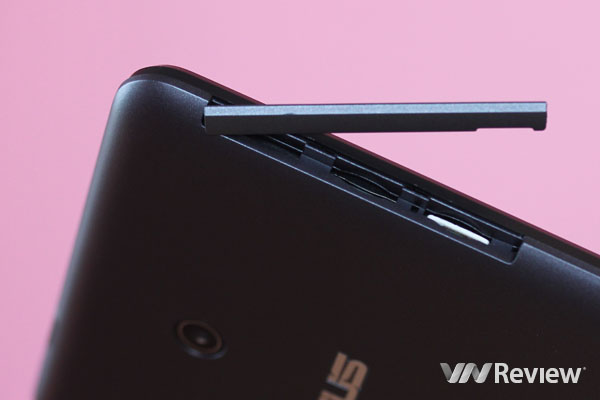 The dual SIM version of the Fonepad has a good design but not breakthrough. In addition, the machine also carries some design features of low-cost devices such as thick screen border, fingerprint glass … 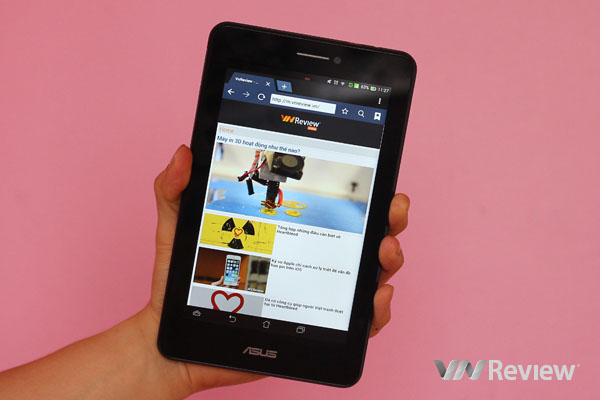 Fonepad's screen has a good viewing angle, average brightness, and when used outdoors it is difficult to see

The screen of the two SIM Fonepad still has the same parameters as the previous Fonepad, with the size of 7 inches and the resolution of 1280 x 800. However, when compared to the first Fonepad, the screen of this Fonepad has a viewpoint. wider, so when using for watching movies or playing games like racing, it feels more uncomfortable.

The most unique feature of Fonepad is calling. In this respect, the device has nothing to change compared to previous generations, only adding support for two SIMs. In the settings of the device also has the option to use two SIMs, just like on the phones. 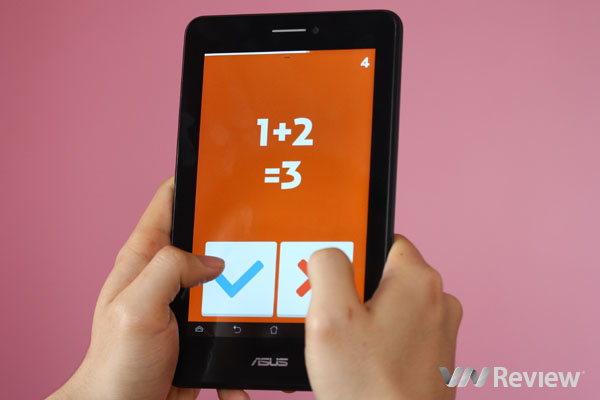 Fonepad first generation is using Intel Z2420 processor, only one processor core, so when used sometimes the device is slightly jerky. In the Fonepad 2 generation, the processor has been upgraded to a dual-core, 1.6 GHz (Intel Z2560). The dual SIM Fonepad still uses a dual-core processor, but has a slower speed (Intel Z2520 – maximum speed of 1.2 GHz), and PowerVR SGX544MP2 graphics processor and 1 GB of RAM. The internal memory capacity of the device is 8 GB, of which approximately 5 GB is available for users, but can also be expanded via an external memory card.

When used normally, Fonepad responds well to most needs, without jerking. It looks good on Full HD movies and also meets the games that require good graphics, partly because the screen resolution of the device is not high. When using performance evaluation apps, Dual SIM Fonepad scores much higher than the first version, and slightly less than the Nexus 7. 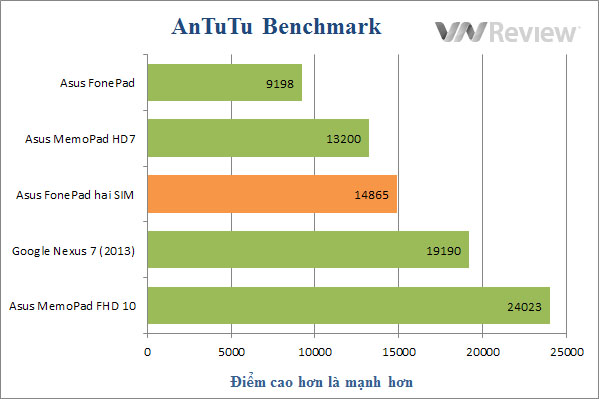 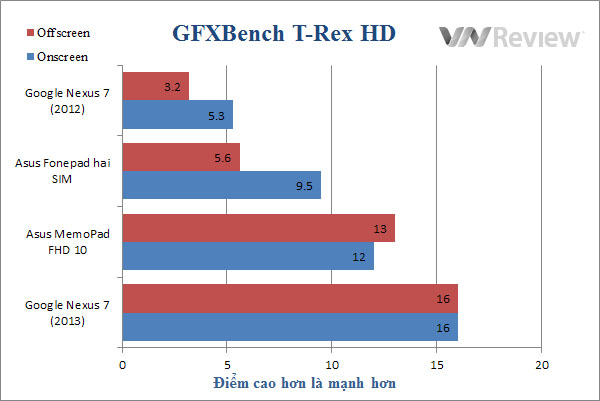 Some of Asus Fonepad's performance rating scores are dual SIM

The Fonepad's battery capacity is 3950 mAh. During a short period of use, I noticed that the device gave good battery life. Specifically, when turning on the maximum brightness of the screen, use the device to surf the web, broadcast 3G, the total time of using 3G is about 4 hours, after more than 5 hours of use, including 2 hours and 15 minutes of turning on the screen picture, the remaining battery capacity is 50%. Thus, if the brightness is lower, the device can reach the screen opening time of about 6 hours.

When Fonepad launched, the listed price of the device was in the range of 6 million VND, and still rated as a good and handy product at the price range. The latest dual SIM Fonepad has a much lower price, only 4.5 million, still has a call feature, and is also supplemented with dual SIM capabilities. Of course, the device still has some weaknesses like a glossy screen or an unimpressive camera, but the good price of the device can convince users to need an "all in one" device.