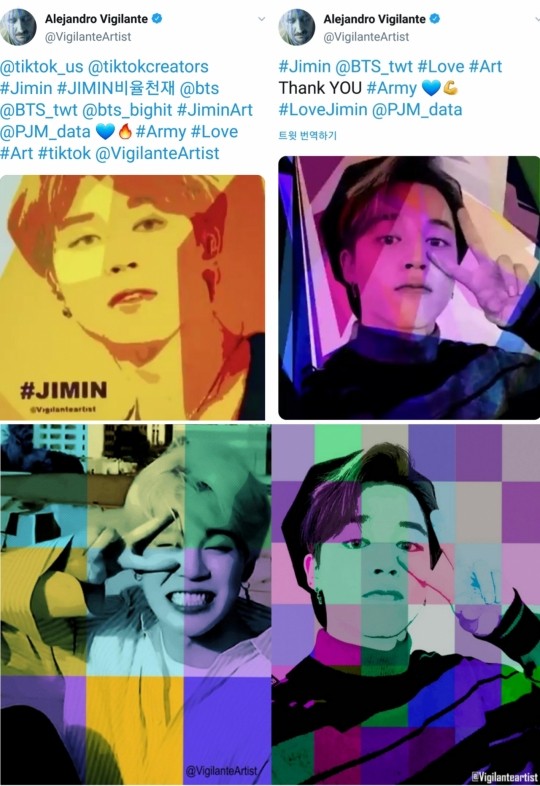 Argentina-based pop artist Alejandro Vigilante, the founder of the “i-art movement,” recently posted a work on his SNS that articulated BTS Jimin. This is a pop art work reinterpreting Jimin’s selfie from the artist’s perspective.

In particular, in the 8-second video, Jimin’s solo song, “Serendipity”, was used as background music to create a “pop art” work by Jimin and Jimin.

In addition, another work on the theme of Jimin was posted on Twitter and TickTalk along with the original song “Serendipity”.

Not many artists made Jimin the subject of their pop art work. Visual artist James Jean is inspired by Jimin’s “Like” on BTS ‘photo. James Jean has won the “Best Cover Artist” at the Eisner Award and Harvey Award for six and four consecutive years, respectively.