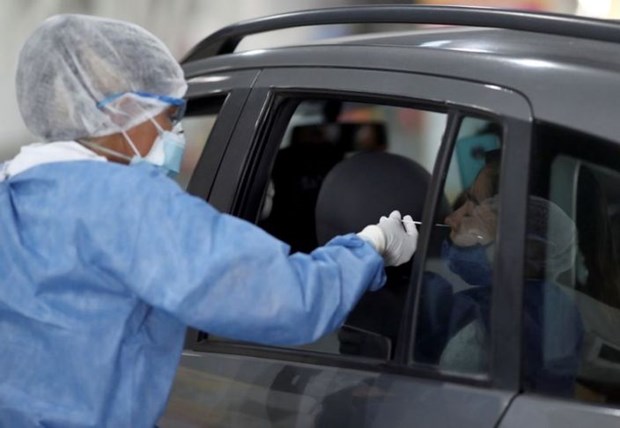 Get the COVID-19 sample for people in Buenos Aires. (Source: Reuters)

According to Reuters, the Argentine government announced on 8/2 that the country had discovered the first cases of the two New variant of the SARS-CoV-2 virus of Brazilian origin in travelers from neighboring countries.

In a tweet, Argentina’s Health Minister Ginés González García said: “Variants Amazonas P1 has been recently discovered in 2 test samples and variants Rio de Janeiro P2 in two other travelers. All of them are from Brazil. “

Argentina, which is promoting Russia’s Sputnik V vaccination program, has recorded nearly 2 million cases COVID-19, with a total of 49,171 deaths.

On the same day, the local government of the city of Eaubonne, north of the French capital Paris, announced that cases of infection with a variant of the South African SARS-CoV-2 virus had been discovered, prompting the authorities to start a tracking campaign.

An official at the Jules Ferry School in Eaubonne told Reuters the school had been ordered to close temporarily after these infections were discovered.