Their only option was to destroy the beautiful MacBooks that only cost $ 3,000 two years ago, and then sell the collected scrap for $ 12 per machine, instead of repairing it for resale..

As expected, the proprietary security lock system that Apple launches with the 2018 MacBook Pros is causing headaches for independent repair shops, refurbished facilities, and electrical recycling companies. death. By combining software keys, proprietary diagnostic tools, and T2 security chips, Apple is revitalizing old MacBook Pros that have been thrown into the trash by users but can still be easily repaired. Using it for many more years is impossible.

And this issue shows Apple’s hostility towards the secondhand device market, as well as the need for “right to repair” laws in countries like the US – Apple’s home country.

“Ironically, even though I wanted to do things responsibly and wipe (old) user data from these devices, Apple wouldn’t let me.“, John Bumstead, a MacBook refurbishment owner, RDKL INC repair shop owner, said on his Twitter, along with a picture of two broken MacBook Pros.”The only option here is to destroy these beautiful $ 3,000 MacBooks, and get back $ 12 / unit at the right scrap price.“.

It is known that without the “genuine” diagnostic software from Apple, no one can repair or reset the new generation MacBook.

“By default, you cannot enter recovery mode and wipe your device without a user password, and you cannot boot to an external hard drive and delete data that way, because by default this is prohibited.“, Bumstead said.”Because MacBooks with T2 chips do not have a removable hard drive, and the drive is simply an onboard chip, the default setting above means a recycling store (or anyone). It is possible to erase or reinstall a device with the T2 chip having these default settings unless the user code is in the hand. “

The same situation has happened in the past: because many users don’t reset their devices before throwing them away or giving them away, the only thing they can do with these devices – some of them are under age figure 2 – put it into a mill and scrap it into scrap!

Similarly, if the previous owner of a MacBook equipped with a T2 chip did not perform a factory reset of their device before it was sold or given away, no one would be able to do anything. The laptop now is like a brick. “Recycling shops are obviously prohibited from selling computers that still have user data“- Bumstead said.”But now, they are forced to crush the board because Apple does not allow them to delete user data without the password, but often they do not have“.

Apple started to equip the T2 chip for MacBook Pro in 2018, and this chip is now available on MacBook Air and Mac Mini after 2018. T2 chip requires cross-checking system with an Apple proprietary software. after someone made a hardware change, like replacing a defective component, on the company’s computer. If the test fails, the computer will not work. Chip T2 makes the device more secure, but experts say at least there should be a viable solution to wipe a device and bring it back to factory status while ensuring privacy. of the user.

The T2 chip has been an obsession for independent refurbished and repair shops, as more and more Apple laptops made after 2018 are brought to them. Bumstead said the biggest problem he had to deal with was the device registration program (DEP) of Apple. DEP allows a company to buy an Apple device, register its device serial number with the company, and from there easily distribute software updates and transfer proprietary software from the company. 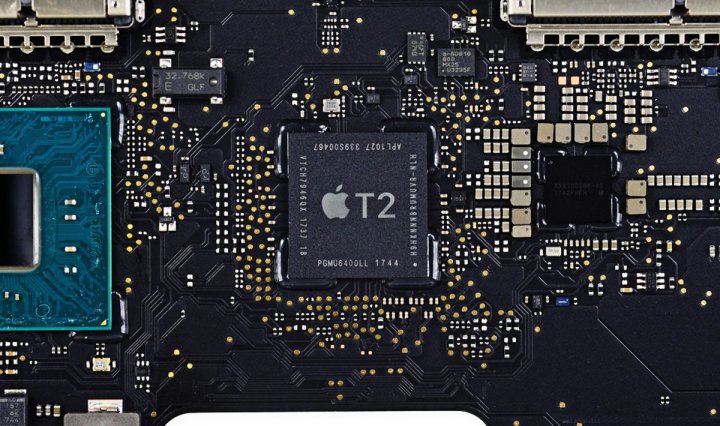 DEP is a godsend for companies, but a nightmare for independent stores like Bumstead. If a company participates in the program, then fails to factory reset their computers before selling them, then secondhand stores cannot continue selling them to customers.

Removing personal information from the device you are about to sell or give away is a data protection measure that should be taken seriously, but not single users who are the only customers buying computers. Typically, companies buy and sell computers in bulk. “When computers are on the system for sale, companies rarely unsubscribe their computers“- Bumstead.

“And if a computer is wiped clean, and it is a machine in the DEP system, it will be unusable during the new setup process, when the user connects to Wi-Fi.“- Bumstead said.”At this point the system will recognize the registration and the user will be prompted to log in to the company, but they cannot, and the computer becomes a brick. If they try to get to the desktop, they will be constantly disturbed by the message ‘this computer has been registered by XYZ field’. Most consumers who see this will assume that the computer they just bought is stolen, and they have the right to doubt that.“.

Bumstead said that about 20-30% of the new Macs he had seen had this problem.

“This also affects recycling shops” – I said. “Most companies that donate / shoot equipment are not willing to unsubscribe them even when the recycling store requires them. But even if they were willing, it was so complicated that most refurbished stores would sell them to scrap instead of having to renovate.“.

If a recycling store receives 1,000 MacBooks, and 500 of them are in the DEP system, the store must delete and reinstall the operating system 500 times via an external hard drive. “They then have to create a record of the serial numbers and give it to the company to unsubscribe. Then, when the company agreed, the recycling store had to repeat the whole process to confirm the machines were actually unsubscribed. They are usually not canceled“- Bumstead said.”See, you can see how this problem is affecting the refurbishment / recycling system, and is really devastating it.“.

The right to repair your own devices is fundamental to the function of a society that relies heavily on technology. But companies like Apple and John Deere have made it practically impossible, effectively, safely, and importantly, to repair the devices they sell. Reportedly, many states in the US are pushing to make laws to ensure the exercise of this right to repair. And the difficulties Bumstead said above indicate the need for those laws.

Posted on May 8, 2020 Author electrodealpro

Post Views: 67 These days, the models of certain imported car brands are often noticeable.. The main character is Tesla, As everyone knows, in the field of electric vehicles and autonomous vehicles, OneIt’s a new American brand running on the stomach.. What is Tesla’s model being sold in Korea?? And how much will Tesla’s domestic […]

Post Views: 40 After a long period of speculation, Asus has recently confirmed that it will launch Asus ROG Phone 2 on July 23 here. The first markets to appear will be China and Taiwan's hometown, the event invitation was also broadcast by the famous hardware company. Obviously, the smartphone gaming market is a big […]