Although Apple has long known that the iPhone 12 series and MagSafe accessories can interfere with medical devices, such as pacemakers and defibrillators, it was not until Saturday that they released a supplementary guide. supplement for those who need these devices.

In the content of the guide, Apple recommends that users keep iPhone 12 and MagSafe accessories at a safe distance from the medical device.

Specifically, Apple explains that the iPhone 12 contains a mass of magnets as well as broadcast components and components that can emit electromagnetic fields. The company also says that all of its MagSafe accessories contain magnets, and that the MagSafe Charger and MagSafe Duo Charger contain broadcast components. These magnets and electromagnetic fields can interfere with medical devices.

“Medical devices such as pacemakers and implanted defibrillators may contain sensors that respond to magnets and radio waves in close contact. To avoid any possible interactions with those devices, keep your iPhone and MagSafe accessories at a safe distance from the device (more than 15cm, or more than 30cm if you charge wirelessly). . But contact your doctor and device manufacturer for specific instructions. Apple writes.

Defibrillators are devices used to restore a wearer’s normal heartbeat by sending a pulse or electric shock to the heart. They may even help the heart to start beating again if stopped suddenly. Meanwhile, pacemakers use electrical pulses to help the heart beat at a normal rhythm and help the heart chambers to beat synchronously so that the heart can pump blood more efficiently.

Apple emphasizes that users should contact their doctors and the manufacturers of their medical devices for device-specific information. Users should ask if they need to maintain a safe distance between their medical device and their iPhone or MagSafe accessories. Apple reiterated that this advice is actually included in the safety information section of its iPhone user guide.

In the past few weeks, the safety of some of the latest products from Apple has been the focus of attention after a paper published research by scientists from the Henry Ford Heart Institute, in That shows evidence that the iPhone 12 can interfere with implanted defibrillators (ICD).

Researchers say that once the iPhone 12 – which has an array of circular magnets embedded in its back that allows it to stick to a charging dock or other MagSafe accessories – was placed near a medical device close to the heart of the device. patient, the device will stop working. 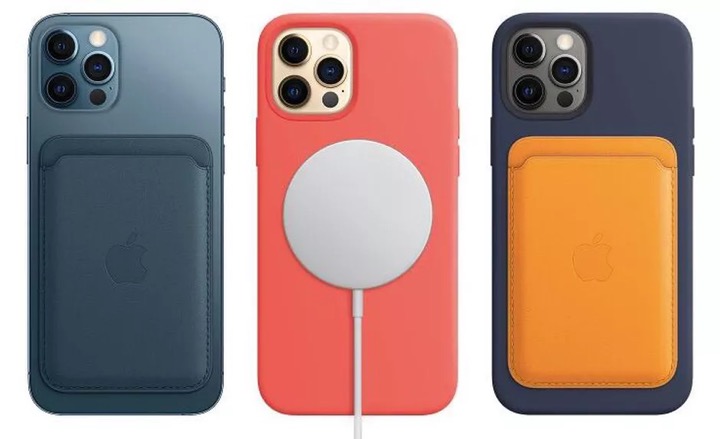 Apple mentions in its article that while the iPhone 12 series has more magnets than previous iPhones, it “unexpected” it in turn poses a greater risk of electromagnetic interference in medical devices than with previous models.

But you shouldn’t immediately criticize the iPhone 12 or its MagSafe accessories. In fact, ICD devices can easily be activated or deactivated by sources of magnetic fields, including Fitbit smartwatches or vape devices. However, this is an important piece of information that you should keep an eye on when choosing to buy a new phone or when using it, especially if you need the medical devices listed above.

And if you think something goes wrong here, then Apple has some advice for you: