Apple paradox: The more you get stoned, the more products you sell …. ???


Apple's products when it first launched often received a lot of criticism from the community. However, the paradox is that the more they are stoned, the more successful they are.

Apple has always had a special attraction in the technology market. Its products always receive great attention from users and the press, whether in a positive or negative direction. Of course, when becoming an "idol" in the technology village, it is perfectly normal to have a lot of fans and anti fans, so Apple is almost used to being exposed, gossip every time New products launched.

Coming back to the beginning of 2016, when Apple launched the iPhone SE, this product received a lot of criticism from public opinion when the design of iPhone 5s was intact, and the configuration is similar to iPhone 6s. Half a year later, when the iPhone 7 was released, this device was not "quite" better when it was criticized as nothing new compared to its predecessor, but the price was quite "sour".

Also in 2016, Apple launched its first (true wireless) wireless headset, AirPods. This product is criticized that it is like a normal earpods cut off the wire, the design is easy to fall, the sound quality is not outstanding but the price is expensive. This is considered one of the devices that received the most dissatisfaction in Apple products.

And yet, the new iPhone X is the culmination of mixed reactions from users. The boldness of using "rabbit ears" to design a border overlay for the phone has led Apple to get rid of the ripple of ridicule, which is "screen disability", "weird design", … Then , the iPhone XR version was also stoned as a less luxurious design compared to the same iPhone, adding that the screen border was quite thick and especially the low-resolution screen in the price range. 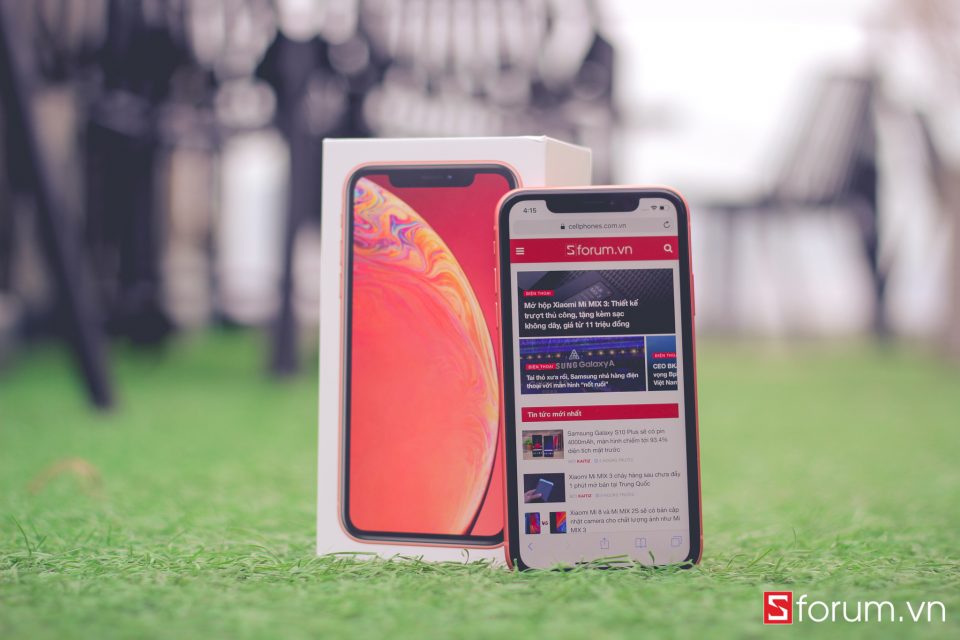 In addition, even in the area where Apple is leading the market of smartwatch, few people think that there was a time when Apple Watch was disparaged, was a less luxurious design, the price was too expensive and it would become useless. Use without iPhone.

This extraordinary thing only Apple can do, if it falls into the same situation, we probably will not see the shadow of these devices if they are children of other manufacturers. Apple has proved that he is always the one who created the trend when stepping on all detractors, criticizing to achieve success. Not only that, it seems that the more products are criticized, the more they sell.

Back to the iPhone SE, despite the mixed reactions, it is still a device that received a terrible order before its launch. According to CNBC, iPhone SE has received more than 3.4 million orders in the world's largest smartphone market, China. Until now, many people still hope that Apple will launch the second version for this smartphone. Similar to the iPhone 7, this is the fourth best selling iPhone in 2018.

The story becomes more thrilling with the AirPods headset model. Think that this device will not be able to revive after the "big step" from the public opinion, but the current evidence shows that this is the prince in the wireless headset market. Statistics from Counterpoint Research show that Apple AirPods accounted for 60% of the wireless headset market share in Q4 / 2018. It is expected that this number will increase even further when Apple launched the 2nd generation not too long ago.

Go to iPhone X, not to say that this is a device that creates many scandals and is also Apple's most successful product to date. The complete makeover of this iPhone model has made it a trend in the mobile village, and has excellently reached the No. 1 position in the top 10 best-selling phones in the world 2018. Up to now, this is still The device receives a lot of "favor" from users when choosing to buy phones. 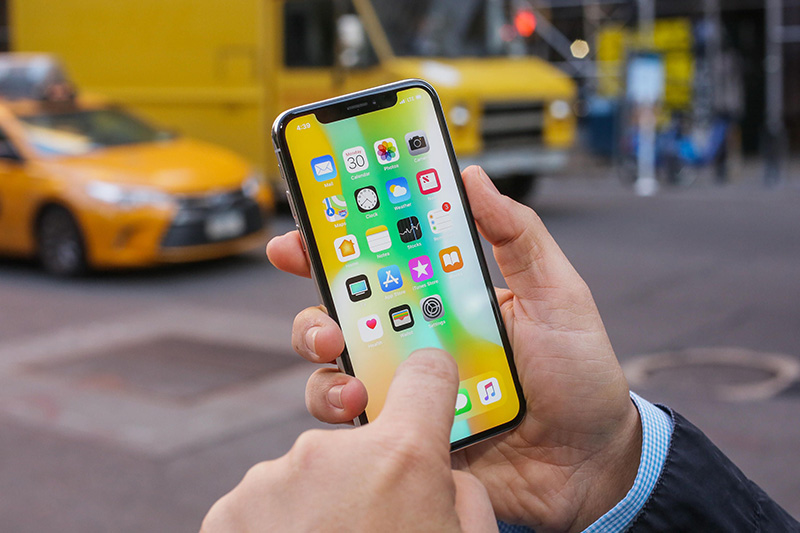 Similarly, although it was released in the fall of 2018 but very quickly, the iPhone XR still managed to get into the top 10 best-selling phones of the year, ranking in 8th position. Recent statistics from CIRP also iPhone XR is Apple's best-selling iPhone in the US in Q1 / 2019, more than the iPhone XS and XS Max combined, moving in the same direction that Tim Cook pointed out when he wants to turn this into the world's most popular iPhone.

Closing the Apple paradoxes but no less surprising is the Apple Watch. In the current smartwatch market, there is almost no "door" to compete with these Apple devices. After just over a year of launch, Apple Watch rose to No. 2 in this market after only Rolex in 2016. 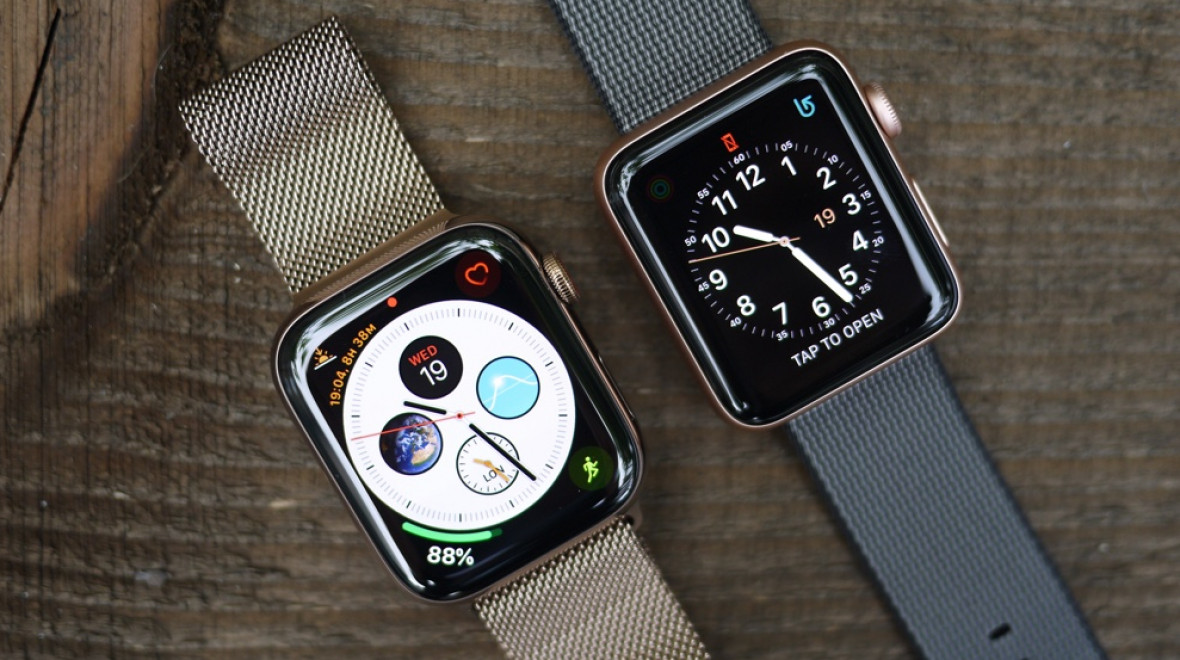 By 2017, the 3rd Apple Watch generation becomes the world's best-selling smartwatch, reaching a growth rate of up to 50%. According to the latest data from Counterpoint Research, Apple Watch continues to lead smart watch sales in the first quarter of 2019 with 35.8% market share, followed by Samsung, Huawei, Fitbit, and so on. "The more you get kicked down, the more powerful Apple is."

Is the rule mentioned above going to be true for Apple devices released in the near future? As the smartphone market is witnessing a strong rise of many manufacturers, there are more and more standalone devices, strange, increasingly optimized designs and equipped with many worthwhile accents, iPhone models of Apple gradually faded.

With the 2019 iPhone, Apple is also receiving a lot of conflicting opinions about the design of square camera cluster on these devices. Whether Apple can turn it into a trend and make a turning point in sales, improve the business results of the Apple smartphone business. All is just speculation at the moment, waiting to see what iPhone 2019 can do in the near future.

How to watch online TV football on laptop