Update: Tonight, Ant Group issued an announcement that the A-share IPO issue price was 68.8 yuan per share. Before the over-allotment option was exercised, the size of the A-share issuance was 114.945 billion yuan.

Earlier today, it was reported that some large investors gave an quotation of approximately RMB 68-69 per share for the Ant Group IPO, and many people bid for the shares of Ant Group at a price close to RMB 69 per share.

At the 2nd Bund Finance Summit recently, Jack Ma revealed that the Ant Group’s pricing has been determined in Shanghai, and that this is the largest financing pricing in human history. But did not disclose the specific pricing amount.

In terms of listing schedule, it is reported that Ant Group will be listed in Hong Kong on November 5th, and listed on the Science and Technology Innovation Board as early as early November. The latest report shows that the valuation of Ant Group has increased from US$280 billion to a maximum of US$460 billion.

According to previous reports, Ant Group’s financing scale is at least US$35 billion. It is reported that Zhejiang Tmall Technology Co., Ltd., a subsidiary of Alibaba, will participate in the strategic placement and subscribe for 730 million shares. Major investment institutions are also frantically grabbing the IPO share of Ant Group.

At the Bund Financial Summit yesterday, the National Social Security Fund, the largest external shareholder of Ant Group, also advertised that Ant Group had already restocked in the first round and is now very actively participating in the IPO. It is hoped that Ant Group will give more war quota.

Some analysts believe that it is conservatively estimated that the market value of Ant Group will increase by 50% within six months.

The prospectus disclosed that Ant Group will issue no more than 1.67 billion new shares in A shares and Hong Kong shares at a scale of 1:1, and the total issuance scale will not exceed 11% of the company’s total share capital.

Roughly estimated, the issue price of Ant Group is about 70 yuan per share.

Editor-in-chief’s comment: The price of nearly 70 yuan per share is in line with market expectations. As the world’s largest IPO, Ant Group has received unprecedented popularity, and all parties have struggled to win the IPO share of Ant Group. Judging from the current situation, although Ant Group is still in the stage of transformation, it cannot stop the enthusiasm of the market.In the short term, the transformation of Ant Group’s digital life open platform may affect performance to a certain extent, but in the long term… 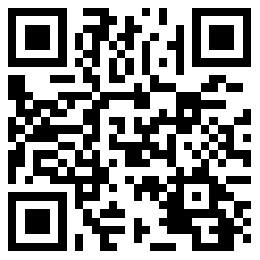 The 8 Best Bath Mats of 2019 for a Better Shower Experience, Reviewed

Post Views: 110 Shower curtains, soap dispensers and shower racks all lie amongst essential bathroom items, but another piece that should be added to that list is a bath mat.  Bath mats are designed to soak up the water that runs off you after a shower or bath. Alternatively, they can catch the water that […]

Post Views: 18 Video details Key takeaways: Rolling shutter is impressive (sub 10ms) in all video modes Readout rate is a fraction too slow to allow 120, hence the need for a slight crop Sensor has a dual conversion gain design, switching over 4.66 EV above base ISO Rolling shutter The a7S III takes a […]

Samsung Note 10+ is an important certification, ready to launch

Post Views: 33 The Galaxy Note 10+ is expected to come with 6.8-inch screen, four rear cameras and 4,300mAh battery. According to new information, the flagship Samsung Note 10+ has just been approved by NBTC in Thailand. Here, this phone is listed with model number SM-N975F / DS, in which "DS" stands for two SIMs. […]