Specifically, in 24 months, the top Android mobile devices have lost twice the price of the iPhone.

But after four years, the gap narrows slightly, with iPhones losing an average of -66.43% of the original acquisition value, compared with -81.11% for Android.

On average, Android devices that start at $ 350 or less lose half of their exchange value in just one year. Owners of popular low-cost smartphone brands such as Samsung, Motorola, LG, HTC and Google lost on average -52.61% of their commercial value in 2019-2020.

The findings appeared in a report by commercial website BankMyCell, after tracking the value of 310 devices resold from multiple vendors. The report finds smartphones that are more likely to reduce resale value by brand, model, and operating system. 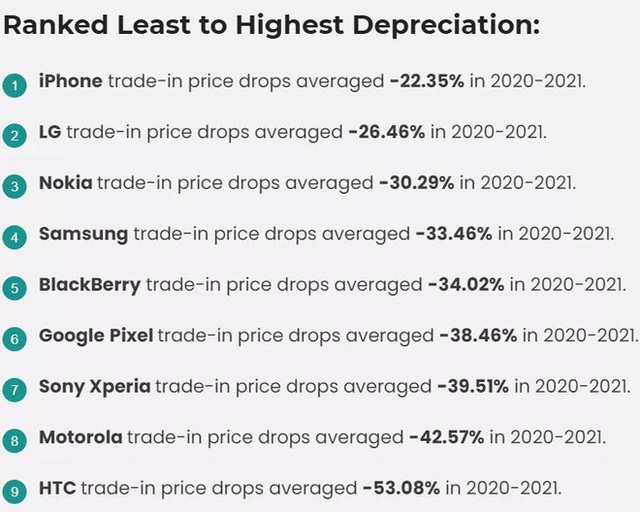 Google Pixel phones are down an average of 40.17% in a year

Consumers who own one of the top 10 most-traded Google Pixel phones in 2020 lose an average of -40.17% of the device’s value over the 12 months, the report says.

HTC devalues ​​the most 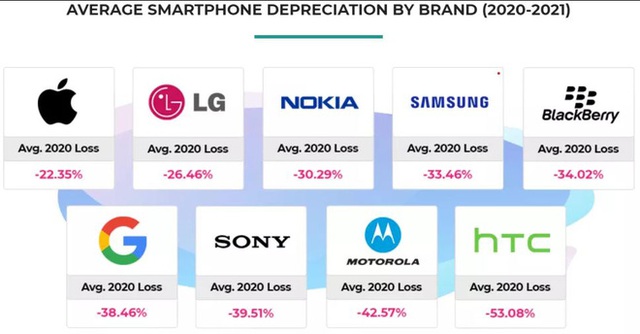 The report tracked the discounts of nine popular phone brands to see which ones lose the most in 2020.