Witnessing the terrible consequences of super storms, many scientists throughout history have found ways to prevent this extreme weather phenomenon. One of them is Jack W. Reed, a meteorologist who came up with the idea of ​​using a nuclear bomb to actively repel the storm 60 years ago.

In the late 1950s and early 1960s, the peak period of the Cold War, people considered nuclear bombs to be a formidable weapon of mass destruction. To change this perception, the United States decided to use nuclear power for peaceful purposes, namely the Plowshare project in 1958. In the Plowshare project, in search of the peaceful uses of a nuclear bomb, American scientists have explored how nuclear bombs can be used in tunneling, geological research, and energy production. One of the boldest ideas was a “nuclear storm attack” by the young American Air Force Reed of the late World War II.

In 1946, while still operating in the Philippines, Reed took on eight hurricane missions with B-29s, so he was haunted by the Power of Storms.

Later, while participating in nuclear testing and studying the weather effects of nuclear explosions, he came up with the idea of ​​using nuclear power to weaken and change the path of the storm. .

Reed believes that a nuclear weapon with the equivalent of 20 million tons of explosive TNT is enough to impact the storm. Specifically, he said that detonating a nuclear weapon in the air, just outside the eye of the storm would have a great effect on the horizontal flow of the storm for at least 15 minutes. 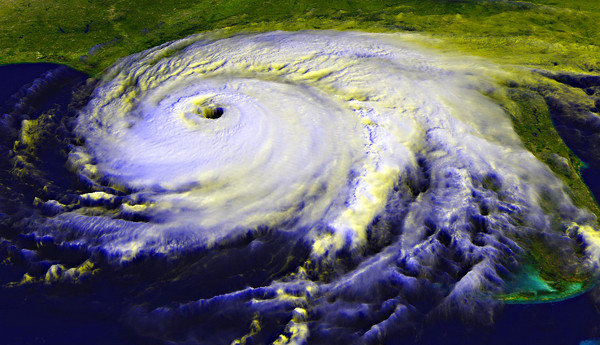 To bring nuclear bombs to the center of the storm, Reed offers them to drop from above or use a submarine. Submarines will penetrate the eye of the storm from underwater at least a day in advance and gather as much data as possible before launching a nuclear missile. 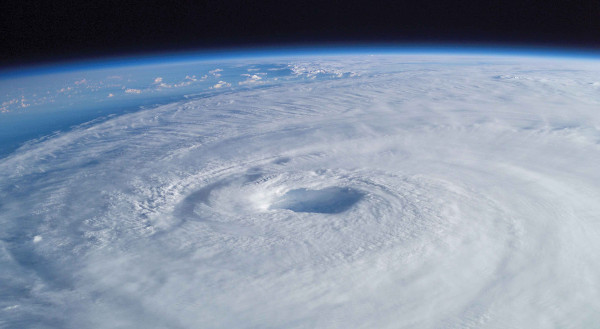 Jack W. Reed wants to drop a nuclear bomb at the center of the storm. (Photo: National Geographic.)

In 1956, Reed proposed the idea for the first time but was rejected. Undeterred, he resubmitted his idea to Plowshare in 1959 and was rejected again.

Chris Landsea of ​​the US National Hurricane Center said Reed’s idea was completely impossible because of the difficulty in assessing the amount of energy needed by the nuclear bomb to change the storm.

The energy of a fully developed storm can be released much more than a nuclear bomb. Its thermal energy generates 5 to 20 times 1013 W and converts less than 10% of the heat into wind energy. According to the 1993 World Yearbook, in 1993, all mankind used energy at 1013 W, only 20% of the energy of a super typhoon.

Landsea believes that most tropical storms are more powerful than nuclear weapons. He also worries about the radioactive dust left behind by the nuclear explosion that could have very dreadful consequences.

Regarding radioactive dust, Reed said that this problem could be solved. An overhead nuclear bomb explosion would not leave too much radioactive dust. The cleaning device will help minimize what’s left in the air and there will be no radioactive showers because the clouds lie above the storm.

Although the idea of ​​using a nuclear bomb to “defeat” the super typhoon Reed did not get the approval of scientists, but he persisted with his project until 2004. Reed died in 2007.