American experts warn of "permanent chemicals" that cause cancer in food


If you want to eat well, just remember three simple theories: Eat less processed foods, abstain from sugar and ultimately keep your meals balanced. But scientists are slowly discovering a potential threat to complicate the story.

A recent investigation by the US Food and Drug Administration (FDA) found evidence of a group of artificial chemicals, linked to cancer in many foods sold in the door. Grocery, including samples of meat, seafood and chocolate cakes.

The chemical group mentioned is a full name, per- and polyfluoroalkyl (PFAS). PFAS used to be very popular in the United States starting in the 1940s, thanks to many preeminent properties such as water, grease, stains and heat resistance.

However, because this group of chemicals is at risk of liver damage and cancer, PFAS has been restricted for use in manufacturing. Even so, it still exists in a number of products such as footwear, textiles, nonstick cooking utensils, food packaging and sometimes drinking water.

Because PFAS are rarely broken in the environment, they can exist in water and air for thousands of years. People gave the PFAS a nickname: "permanent chemicals"That means that if you eat or inhale this chemical, it can stay in your body for a lifetime, even after you die and the body decomposes, PFAS still exists.

per- and polyfluoroalkyl (PFAS) – permanent chemicals

FDA finds PFAS in many foods

The FDA investigation was conducted in October 2017. In it, they set a goal of searching for 16 chemicals of the PFAS group in West Virginia, Ohio, Virginia, Kentucky, Tennessee, North Carolina, Washington DC, Maryland. and Delwar.

However, these warning levels are now only applicable to drinking water and groundwater, not food.

Chocolate cake shows the highest PFAS amount (17,640 trillions), worse, it also contains a variation that has not been evaluated by the EPA.

FDA has reviewed the overview of the investigation, claiming that most food items are sampled "There is no possibility of causing concern about human health".

However, the review shows that samples from a dairy farm near the Air Force base in New Mexico in 2018 show that PFAS levels are worrisome.

Groundwater, farm silage (animal grass) has been contaminated with PFAS, causing cows here to eat this compound. The FDA estimates that it may take a year and a half to remove PFAS from a cow exposed to contaminants in just 30 days.

Milk samples from farms show that the level of PFOS is 35 times higher than EPA's health impact threshold.

"Based on safety assessments, samples are identified as concerns about human health and all milk from farms is destroyed.", FDA said.

FDA found PFAS in a series of samples from a dairy farm, they destroyed all the milk here

EPA has issued a health consultation with PFAS compounds

There are nearly 5,000 chemicals in the PFAS group, but EPA has only established one health consultation for two types: PFOA and PFOS.

EPA regulates that drinking water with PFOA or PFOS exceeding 70 parts per trillion will pose a risk to human health. Their advice is not a legal regulation, but serves as a warning to state agencies and public health officials.

When it comes to toxic chemicals, EPA tends to be more cautious than most other environmental organizations, who are always waiting for credible scientific evidence before making health decisions.

"It took decades of research before we really understood [PFAS] How strong"Andrew said.

Scientists are still trying to find origin "permanent chemicals", why do they get into the food we eat?

There are several hypotheses about why PFAS appears in our food supply, but scientists are still working hard to determine the most likely cause.

One possibility is food packaging. In December 2018, a supervisor report found evidence of PFAS in a paper container and a sandwich product at Whole Food Market.

When biodegradable packaging containing PFAS decomposes, this chemical can be absorbed by plants, then through the food chain, humans are the last species to eat them. 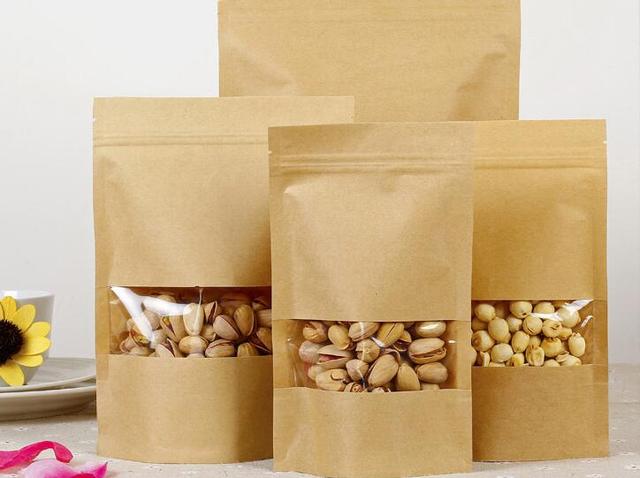 PFAS can be included in food packaging

Another possible scenario, according to Andrew, is similar to contaminated milk samples near the Air Force base in New Mexico. In the 1970s, the US Department of Defense started using fire foams containing PFAS in training and emergency response exercises.

In 2018, the ministry reported that at least 90 Air Force bases, the Army and Navy had groundwater infested with PFAS that exceeded EPA approval.

EPA has also discovered PFAS in local water systems in Colorado, Michigan, Pennsylvania, New York and North Carolina. When this contaminated water is irrigated to fields, it can be toxic to our food supply.

Andrew said "General assumptions"In the scientific community, most people are exposed to PFAS through food. But more research is still needed.