As the Lunar New Year is approaching, many games have launched an update for the Spring Festival. A few days ago, “Great Cultivation Simulator》 The official blog announced that in order to thank players for their support and celebrate the upcoming New Year of the Rat, the game has prepared some small updates for everyone. 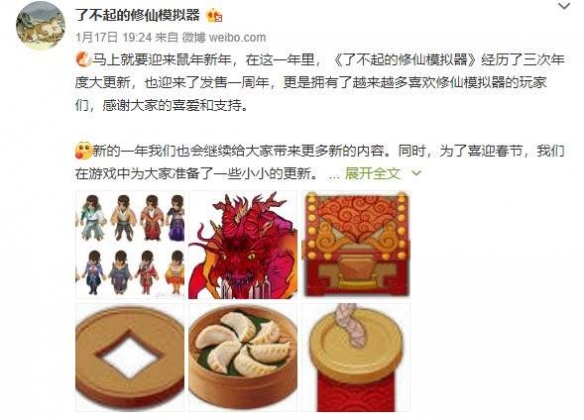 The following is the original Weibo:

The New Year of the Rat is about to usher in this year. In this year, the “Great Immortal Simulator” has undergone three major annual updates, and has also ushered in its first anniversary. Players, thank you for your love and support.

We will continue to bring more new content to everyone in the new year. At the same time, in order to welcome the Spring Festival, we have prepared some small updates for everyone in the game.

The following goods are added to the merchants:

Cannonball: Strange toys from a different world, choose one to ignite and place, it is easy to attract people around. This thing is very powerful for some timid guys.

Dumpling dumplings: food from a different world, filled with beautiful wishes and festive atmosphere. Eat it occasionally with surprises!

Sad Poems: A collection of poems, which bears a strong sense of sadness, the wearer will be stained with sadness and white hair, exuding a melancholy atmosphere, which makes people feel very charming. 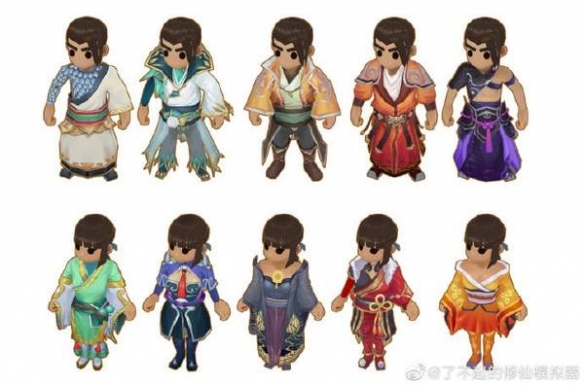 The next day’s golden robe Nityan under clothes:

Strange Goblin: With the return of the merchants from the other world, there are a group of other goblins quietly following them through the passage. These goblins wandered around with gifts from the realm, but it seemed that the laws of the two realms were different. The common methods of Xiuxian Realm cannot affect the little demon. If you want to get these gifts, you need to think about ways.

Alienated Candle Dragon: Under the influence of the heavens of the other world, some temporary changes have also taken place in the world of heaven. Even the incarnation of the yin-yang way, the candle dragon, has become less manic, and is very interested in a metal disc called a coin from a different world called a coin. If it can collect coins for it, it can even use the power of heaven to fulfill a wish.

Lu Ding Yan Dan: The elixir made by Xianjia practitioners can be used to lock the character’s current appearance.

Real Rongdan: The elixir made by Xianjia practitioners can bring the character’s appearance back to reality.

Fixed the issue of abnormal thirst for villain