Alchemists of the Dusk Sea DX


Atelier Shallie: Alchemists of the Dusk Sea DX is a remaster of the third and final installment of the Atelier Dusk series for new platforms of the same name game. The original version of the game was first released on PlayStation 3 and Vita in mid-2014.

Atelier Shallie: Alchemists of the Dusk Sea DX is the story of the female friends Shalotte and Shallistera with opposite personalities. After a quick introduction to an ongoing term that threatens the lives of the villagers, players who turn to control each major “dig” will participate in the experience, helping you better understand the background. and the circumstances of each character. At the end of the short “foreplay” is deciding which character to play, instead of having to choose right from the moment you don’t know anything about characters like Atelier Escha & Logy: Alchemists of the Dusk Sky DX. More interestingly, this is just one of the very small tweaks and many other very reasonable improvements in the game experience compared to the previous two games.

At the time of its initial release, Atelier Shallie: Alchemists of the Dusk Sea was in fact one of the most massive titles in the Atelier series and the DX version continues this. Not only that, the game also possesses the best graphics in the Atelier Dusk series, perhaps also a nine-eleven with Atelier Lulua ~ The Scion of Arland ~ in terms of quality. This is probably also the reason why this game has a permanent drop in frame rate in the Vita version, but it has been resolved in the DX version even when on Nintendo Switch’s weak hardware. The costumes of the characters are cleverly designed using hot and bright colors, making the difference in personality between the young Shalotte and Shallistera more and more clear.

Regardless of whether you experience the Nintendo Switch in dock or handheld mode, the background and game environment in the game are very nice and detailed. This game continues to take the same context as the previous two parts, but with a new cast of characters, interspersed with some old faces in new roles. However, you also do not need to experience the old two parts to understand the content, because Atelier Shallie: Alchemists of the Dusk Sea DX is a completely new story, what needs to be explained is also repeated so it is not necessary. Need to experience seamless all three parts. However, if you experience the Atelier Dusk Trilogy Deluxe Pack, you may find it interesting to meet old characters in new roles and situations like me.

Not only has the graphics changed, Atelier Shallie: Alchemists of the Dusk Sea DX also has noticeable tweaks in the gameplay, bringing a more modern feel to the two previous games. The element of discovery in town instead of fixed as before, now allows players to freely change camera view more convenient. Exploring the town and the gathering places is now similar, not creating a sense of constraint due to this constraint when changing the exploration environment as before and the space of the areas is also wider. The old familiar and convenient features continue to be maintained, such as moving quickly between places or increasing the speed of experience in exploring and fighting.

Notably, Atelier Shallie: Alchemists of the Dusk Sea DX has eliminated the “time-lapse” system, although it has no challenging effect in the Atelier Ayesha: The Alchemist of Dusk DX experience or Atelier Escha & Logy: Alchemists of the Dusk Sky DX. The “purge” of this feature seemed to make the experience lighter, but in fact it was replaced by Life Tasks, almost overhauling the entire familiar task system. This change may offend veteran Atelier series players, but I feel it is a good fit to clearly separate the main and secondary tasks that the player needs to complete to unlock the chapter. New content.

However, Life Tasks is not only changing the name but also the operation of the task system, automatically adjusting “thinking” according to the individual play style of each person. For example, if you prefer to fight “plowing” your characters more than crafting, the system will generate many tasks that require “liver examination” of a certain type of enemy. Similarly, if you often focus on gathering resources and avoiding confrontations with enemies, Life Tasks will create gathering tasks to “satisfy” the player more. The problem is, this new task system has not solved the quite troublesome problem in all three games of the Atelier Dusk series: players spend a lot of time to enter the menu to check which tasks can be performed.

In contrast, the combat system in Atelier Shallie: Alchemists of the Dusk Sea DX has some new features, but seems to return to the traditional type of the JRPG genre. This change makes the difficulty in combat increase to the default difficulty, but that is compared to the previous two games. In addition to the old familiar mechanics, this game has a new point worth noting is the Burst Gauge. This bar is healed every time the characters attack the enemy, when fully will allow the party “cooperative forces” to launch attacks “beautiful boys and girls” very strong, causing high damage. If you ever feel that fighting the previous two parts is too easy, you will be more satisfied with the adjustments at the end of the Atelier Dusk series.

However, from a player perspective, I still can’t help but feel that the developer has simplified the battle system in the game compared to its predecessor. This could be an intentional design for the player to focus on the soul of the Atelier series of crafting systems. Atelier Shallie: Alchemists of the Dusk Sea DX has a lot of tweaks over the previous two parts, giving players the freedom to change different materials for the purpose of increasing the quality of items. Comes with some other “additions” to change attributes or enhance the quality of the crafted item. Not to mention, the removal of the “time-lapse” system is sure to make more players immersed in this game’s highlight. 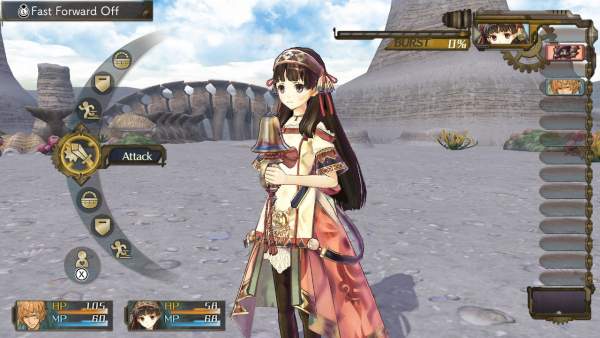 After all, Atelier Shallie: Alchemists of the Dusk Sea DX brings a fascinating and well-balanced JRPG experience to the gameplay elements compared to its predecessor. With a very deep manipulation system and elements of discovery and fighting that are built with the character set, this is definitely a satisfying JRPG experience for those who love this genre. However, due to no new content updates compared to the version released on Vita, Atelier veteran players will not receive much benefit from this remaster. 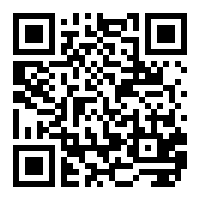