We have heard a lot about AI – artificial intelligence in reality. But not everyone understands this concept. Many people believe that the AI ​​is really similar to the brains of small children who are getting used to the world around them. To answer this question, a conversation has a name "AI and applications in human life" was organized with the participation of many leading Vietnamese Artificial Intelligence experts.

Opening the seminar is Mr. Nguyen Xuan Hoai, Associate Professor, Doctor, Director of Vietnam Institute of Artificial Intelligence. He said that it is not easy to give a single definition of artificial intelligence: "But in my opinion, it is now possible to temporarily understand that there are 2 different types of AI. The first is a wide AI – a type of computer program capable of thinking and perceiving like humans. The second type is the narrow AI – the kind of AI we often see in everyday life – this is the type of AI created to simulate or mimic some human behavior like driving. "

If not using technical concepts, Mr. Hoang Anh Tuan, Technical Director of VCCORP Joint Stock Company, said that it is difficult to describe what AI is, but there are some things that are easy for people to understand. it. For example, some photography software can automatically make images more beautiful, or smart devices smarthome, can open the door itself. Or some phones can scan 3D to unlock themselves. Or recently, the AI ​​TV has the ability to "upgrade" images from normal to Samsung's 8K. The goal is to create programs, devices, that can better support people, or replace people in some tasks.

Not agreeing with the judgment of AI like "child brain", Ms. Nguyen Thi Thu Trang, PhD, IT lecturer of Hanoi University of Technology, founder and R&D manager for startup Vbee said: "Artificial intelligence can be seen as a kind of intelligence made by machines, contrary to human natural wisdom. Instead of being able to simulate the human brain, machine intelligence will process information. received like the way people handle, and give behaviors and behaviors like humans, human brains are a very complicated part of medicine and even people do not understand them, so it is difficult to I can say that machines can simulate the human brain. "

Bui An, a photographer and a technology expert on the Vietnamese HD forum, said that AI is the ability to recognize and handle situations like humans, and to be able to evolve. In recent years, AI is no longer a remote application, but is being used very closely in human life when present in many devices and application technologies.

What the human brain cannot do, AI can still be completed

The human brain is a wonder of the world, but not everything it can do. For example, the human eye cannot see a clear image but the AI ​​is different, it can even make the blurry image clear. The most obvious example is Samsung's latest QLED 8K TV. By learning and analyzing from a database of millions of different images, this Q900 can apply appropriate noise reduction filters, softening jagged edges to make images easier to see, sharper, even when the source is only 720p.

Mr. Bui An is the one who has experienced this ability of the Q900. He was impressed with this ability: "Previously when 4K TVs appeared, Samsung also applied similar technology to upscale content from Full HD to 4K, and now with 8K TV, this technology becomes more and more more importantly, Samsung's 8K TV is currently doing this very well when it can upscale both VTV1 VTV3 and 720p HD TV programs, making it beautiful and clear whether observing within 2m. 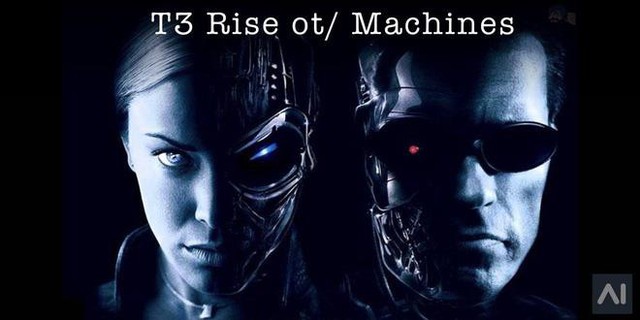 Our brains cannot be based on circumstances that change the sound "filter" for our ears, but this Q900 does. Depending on whether you are watching movies or watching sports, the TV will automatically refine and filter the surroundings to make changes accordingly.

Although the same is "intellectual", but as you can see, there are many differences between AI and "human intellect". We can also understand that AI has been supporting people a lot in life, but not to the extent of developing and "overthrowing human beings" as in fictional films that are often taken as topics.

Post Views: 592 1,208 It adopts the shape of “SUPER CUB C100 (50c.c.)” like the first generation of SUPER CUB series, and is equipped with the latest equipment such as aluminum alloy wheel frame and front wheel disc brakes. HONDA’s personal commuter car The “SUPER CUB C125” will now have a new black paint version, […]

Post Views: 53 Boy Genius Report has found an ultra-light Apple Watch case that will protect your accessory from unwanted scratches and dust. Find out more from BGR and shop below: From BGR:If you have an Apple Watch Series 4, you spend at least $400 on it. Of course, there’s absolutely no question that it’s […]

The fire flared up in the chest of the surgical patient

Post Views: 72 Imagine, there is a 60-year-old patient lying on a surgical bed. Doctors opened his chest to patch a deadly tear that appeared on the aorta near the heart. But in the process of surgery, a fire broke out in the patient's chest opened wide. The doctors were a little confused, but they […]