Unlike the product’s name, Huawei P Smart It’s a pretty basic phone model and doesn’t have many groundbreaking improvements. Instead, this is a model with a fairly comprehensive configuration, sold in the mid-range price segment.

Huawei P Smart is equipped with a screen with a size of 6.67 inches, Full HD resolution, using LCD panels instead of OLED. Inside the body is the Kirin 710A chip – which was officially released in 2018. And with a battery with a capacity of 5000 mAh, the device can last for a long time in a charge and discharge cycle.

The rear camera cluster of the device is made up of 1 main lens with 48MP resolution, supported by an 8MP ultra-wide-angle camera and 2 2MP sensors – 1 for close-up photography while the other is used for photography. depth analysis. Due to the embargo, Huawei phones are not supported with Google services. 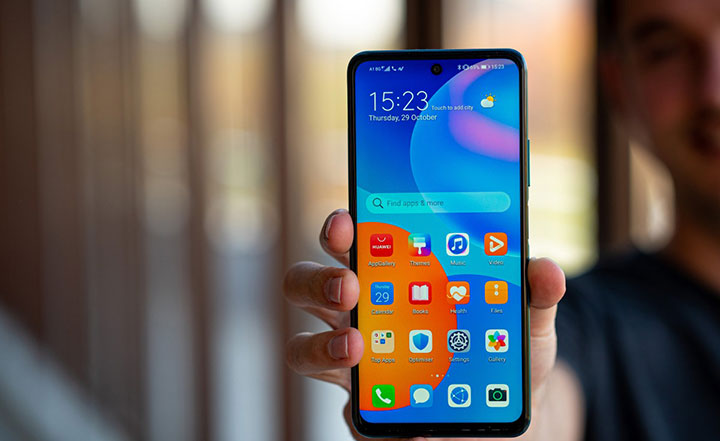 Huawei P Smart owns a modern design language, often found on newly released phone models on the market. The back and frame of the machine, although made of plastic, is still finished and has very good build quality.

Located on the front, the device’s 6.67-inch screen is surrounded by a relatively thick black bezel when compared to flagship standards, but still on par with the mid-range price segment. In fact, the Poco X3 NFC and Redmi Note 9 Pro series also have a screen border of the same size as the P Smart.

On the screen of P Smart is a small hole in the middle position to make room for the selfie camera. The manufacturer does not officially announce the type of glass used to protect the screen. On the back is equipped with a rather large camera cluster, causing the phone to be a bit dodgy when placed on the table.

The plastic frame of the device has a color that harmonizes with the back and is smooth and flat. The frame itself is very resistant to fingerprints, different from the glossy back of the device.

Due to the use of LCD panel, P Smart does not support fingerprint sensor technology under the screen. Instead, the device’s fingerprint sensor is integrated inside the power button on the right edge position. This button is placed negative compared to the body, making it easy to find when holding the device in your hand.

Located opposite is a card reader slot. This slot has a total of 3 separate slots, allowing you to use 2 nano SIM cards and 1 microSD card at the same time. The device’s USB Type-C connector is located in the middle of the bottom edge, accompanied by an external speaker strip on the left and a headphone jack on the right. 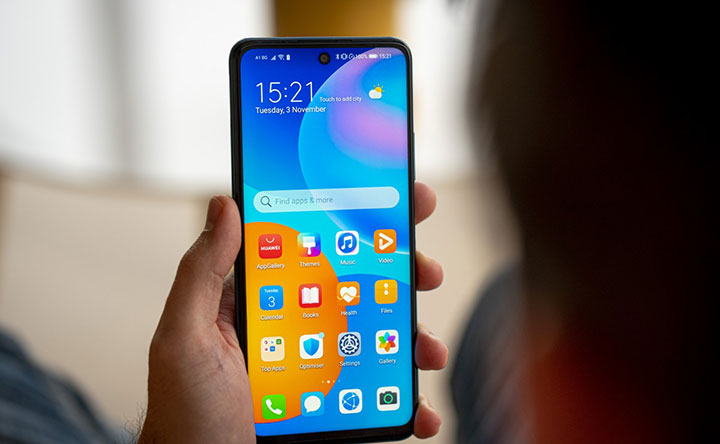 P Smart is equipped with a fairly large screen of 6.67 inches. At the moment this is the phone with the largest screen in Huawei’s P series. This is an LCD panel, with a resolution of 2400 x 1080 pixels, divided by the 20: 9 ratio and has a pixel density of 395 ppi.

We measured a maximum brightness of 442 nits on the P Smart’s display. This is a rather modest result, even when compared to models using LCD panels in the same segment. In addition, the screen is not supported to change the screen brightness to adapt to the surrounding environment.

Similar to the models that Huawei released before, the P Smart has 2 display settings that you can choose from in the settings, including Natural and Vivid. With each of these settings, you can customize the screen tone according to the Default/Warm/Cool options on the palette.

P Smart is equipped with a 5000 mAh battery inside. This is a large battery level and is the current common standard of models in the same segment. The device performed quite well in our battery life tests, with the ability to last more than 15 hours after continuously surfing the web using wifi. The machine also has a fairly long standby time, with endurance results of up to 119 hours.

P Smart comes with a Huawei SuperCharge charger with a capacity of 22.5W in the box. The device can fully recharge the battery from 0% after a period of 1 hour 42 minutes. 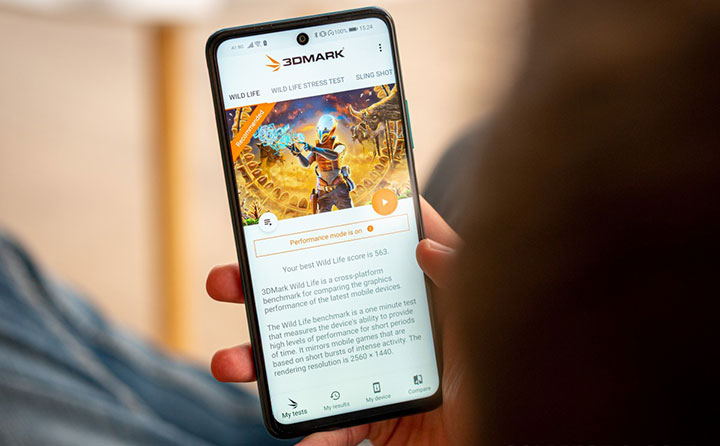 P Smart is equipped with Kirin 720A chip manufactured by the manufacturer. The chip family is made up of 8 processor cores, including 4 Cortex A73 cores (2.0GHz) and 4 Cortex-A53 cores (1.7GHz). In terms of graphics, the chip is integrated with Mali-G51 MP4 GPU.

At the time of the article P Smart was released with a single configuration version of 4GB RAM, 128GB of internal memory. In the overall performance test with Geekbench, the P Smart scored quite modestly in single-core processing. 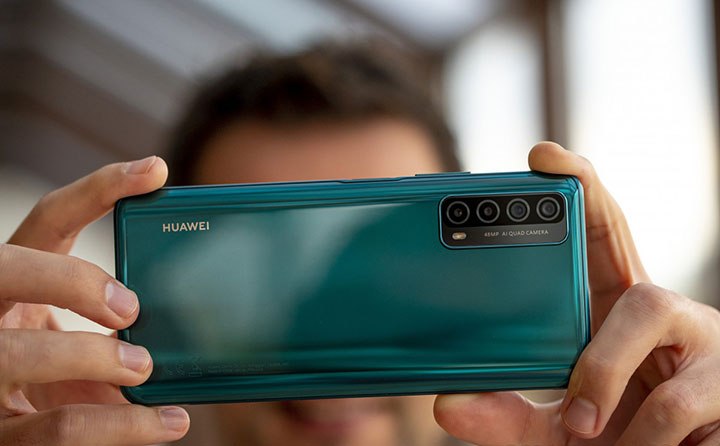 P Smart is equipped with a camera cluster with 4 lenses on the back. However, similar to most other models in the same segment, only 2 of these 4 lenses are real cameras.

The main camera of the device uses a 48MP Quad Bayer sensor – this is a common choice on mid-range phones. The sensor is placed behind a lens with a focal length of 26mm, aperture f/1.8.

The ultra-wide-angle camera of the device uses an 8MP sensor with a 17mm focal length lens, f/2.4 aperture. Next is a macro lens with a focus distance of 4cm. Finally, a depth sensor with 2MP resolution.

In well-lit conditions, the P Smart delivers quite good image quality with the main camera, comparable to other models in the same segment. These images are highly detailed, while diffraction is kept to a minimum.

Photos taken from the 8MP ultra-wide-angle lens have slightly more modest quality, with detail and color in the mid-range compared to the segment. 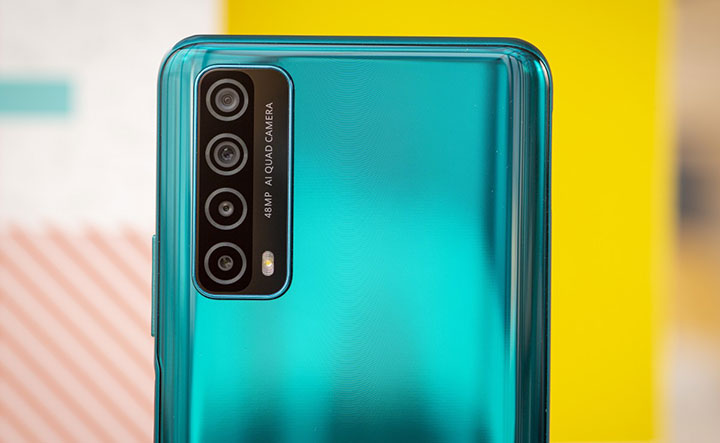 Sold in the mid-range price segment, P Smart is a phone model with comprehensive configuration, giving users a complete using experience. With a large capacity battery, you can use the device for a long time. If you are looking for a cheap and comprehensive phone in the segment, the Huawei P Smart will be a good choice.