Although it lacks high-end features from more expensive models, specifically the Predator Triton 500, the Acer Nitro 7 is sold at a much cheaper price, making this a good choice for gamers. Looking for an affordable machine. 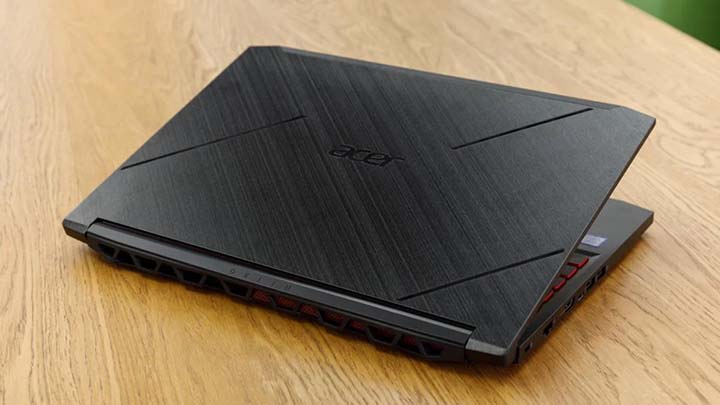 Acer Nitro 7 owns a fairly minimalistic and professional design language, with an outer shell finished in modern jet black tones. Unlike the Predator series produced by Acer itself, the Nitro 7’s outer shell is not printed with many colorful brands.

The only point that makes users confirm that the Nitro 7 is a gaming laptop is the keyboard with red lights on the body. With a metallic finish, the Acer Nitro 7 is a laptop with a high build quality and finish. However, the minus point is that the machine has a rather heavy weight, namely 2.5 kg.

Located on the body of the device is a full-size keyboard. Acer Nitro 7 has enough space on the body to equip with a number pad cluster on the side. The keyboard’s set of keys provides a comfortable typing experience, with buttons with deep travel and good bounce.

The screen is wrapped inside a frame that is relatively thin compared to the segment. And with a sturdy hinge system, the laptop’s screen will be kept in place during the user’s game play.

The device’s touchpad has a spacious surface area, supported by the Precision touchpad, allowing me to easily control the mouse pointer to interact with different applications on the Windows 10 operating system. 7 is located on the opposite side of the body. Although possessing a sharp sound quality, this speaker system has a volume level that is not very loud.

Overall, the Acer Nitro 7 is a laptop with a high build quality and a good level of finishing.

Acer Nitro 7 is equipped with a moderate number of ports. The machine is equipped with a total of 3 USB 3.1 ports along the left edge (2 of which are Type-A, along with a newer generation USB Type-C port). There is also an HDMI 1.4 port, an Ethernet jack and a Kensington anti-theft lock slot. And finally, on the right side is a headphone/microphone jack and a USB 2.0 Type-A port. 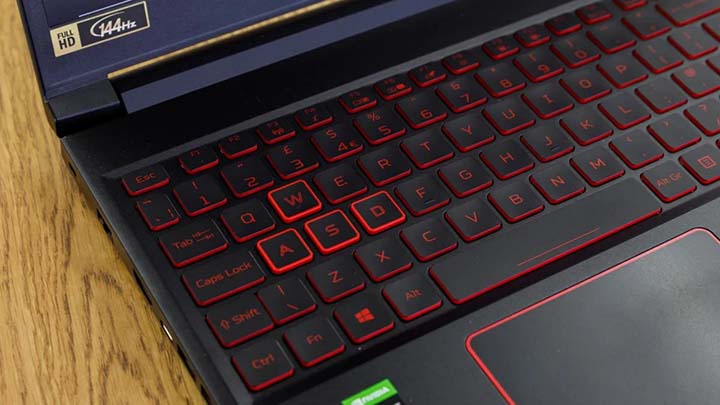 The version of Acer Nitro 7 that we review has impressive multitasking capabilities, thanks to its 6-core 12-thread Intel Core i7-9750H chip and 16GB of DDR4 RAM. In addition, the machine is also equipped with high-quality internal memory. While most 15.6-inch laptops on the market only support 1 or 2 SSD slots inside the body, Nitro’s 2 M.2 slots are plugged in with 2 512GB SSDs, leaving one slot. blank plug.

The Acer Nitro 7’s excellent multitasking ability allowed me to easily interact with more than 30 different Chrome tabs without experiencing any lag.

The Nitro 7’s IPS panel delivers sharp and vibrant images, along with the ability to display vivid colors with high contrast. The screen is supported with a refresh rate of up to 144Hz, providing a smooth experience when playing games as well as surfing the web.

Use the PCMark 10 test to check the overall performance level. For this test, we will simulate real-life tasks to determine how the Nitro 7 will handle in these scenarios. When performing the test, the Nitro 7 scored 4945, on par with other gaming laptops in the same price segment.

Continue with the chip’s multitasking performance test with the Cinebench R15 test. In this test, Nitro 7 has a recorded score of 1034, slightly lower when compared to Acer Predator Helios 300 (1223 points), Dell G7 15 (1267 points). 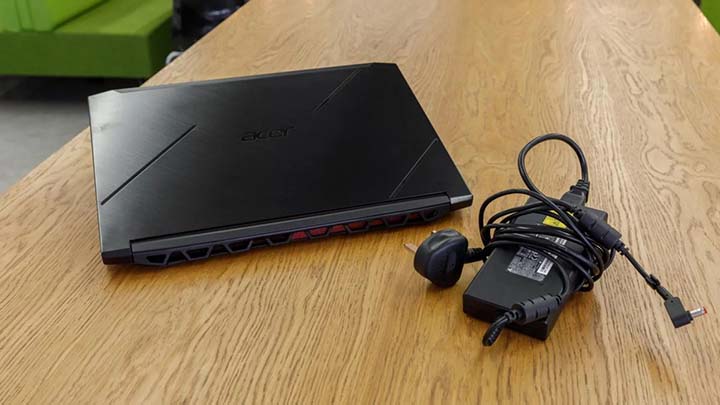 After fully charging the device’s battery, we conduct a battery life test. In this test, the Nitro 7 lasted 9 hours and 8 minutes after continuously looping a video at 720p resolution. The result of this battery life is much longer than that of comparison laptop models, including Acer Predator Helios (3 hours 13 minutes), Dell G7 15 (3 hours 8 minutes), MSI GS65 Stealth (7 hours 11 minutes). ).

Equipped with an efficient cooling system, the Nitro 7 was able to maintain a steady temperature throughout our testing. During use, the dual fan system of the machine continuously pushes out the hot air in a quiet manner, to ensure that the internal components are not overheated.

After letting the device run an HD video for 15 minutes, we measured the temperature at different locations. The area under the chassis is now the place with the highest temperature, specifically recorded at 36 degrees Celsius. The center of the keyboard and touchpad has a more stable temperature, measuring 31 and 26 degrees Celsius, respectively. 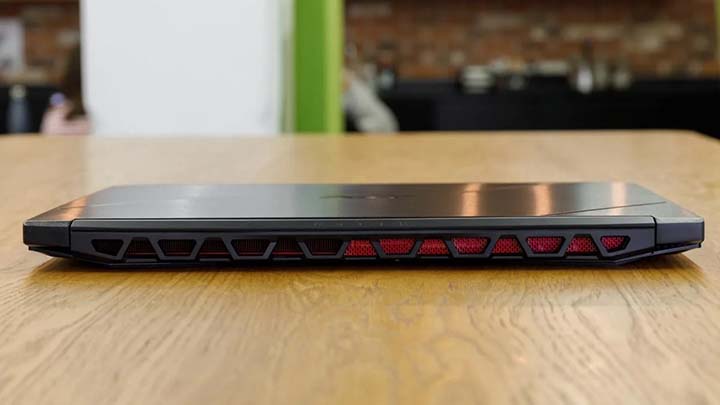 Sold in the mid-range price segment, Acer Nitro 7 is a good choice for those who are looking for a gaming laptop with good performance, affordable price and high durability. Although not possessing a peak performance level, the machine can still play many different games on the market with a stable frame rate. In addition, the machine also owns a long battery life, allowing you to use the laptop comfortably after a long time before having to plug in the charger. Overall, the Acer Nitro 7 is a comprehensive gaming laptop in the mid-range price segment.