Much is said about adrenaline, especially in situations that require high physical intensity, such as the practice of extreme sports. Few people, however, know exactly what this substance produced by the human body is about. Get to know adrenaline better. 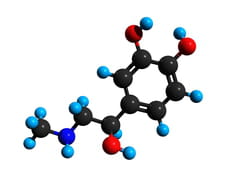 Adrenaline, also called epinephrine, is a neurotransmitter hormone secreted by the adrenal glands. Discovered at the end of the 19th century, adrenaline today can also be produced artificially.

The main function of adrenaline is to prepare the body for stressful situations, that is, situations that require great physical efforts, such as parachuting, and escaping from any danger. When an adrenaline rush is released into the blood, a series of changes occur in the body: the heart speeds up, the pupils dilate, the breathing capacity increases, the blood sugar level rises and a greater blood flow is displaced to the muscles. In this way, the person becomes more aware of the surrounding environment and is able to react quickly to the risks that may come.

Many historians point out that adrenaline played a crucial role in human evolution and natural selection. In the prehistoric period, when the risks to life were greater and the individual’s physical capacity was more important for his survival, humans with higher adrenaline release had higher chances of overcoming the dangers imposed by life in greater contact with nature and predators.

Adrenaline can also be used as a medicine. Injectable epinephrine is used in cases of cardiac arrest and anaphylactic shock, as well as for the treatment of bronchial asthma. As seen, adrenaline injections are used mainly in cases of medical emergency.