Adobe Flash Player announces the final update. End of support at the end of 2020

Adobe Flash Player announces the final update. End of support at the end of 2020

Adobe Flash Player Thanks You for Last Update Announcement

“Adobe Flash” is a major technology that has been used for many years to move dynamic content such as animations and games on websites. In particular, the 2000s was also called the heyday of Flash, and users who enjoyed surfing the Internet around this time should have seen it once.

However, in the 2010s, security vulnerabilities were frequently found in the extension “Adobe Flash Player” for playing Adobe Flash, and Adobe Flash became incompatible with iPhone (iOS) and Android smartphones. It was gradually losing its former popularity.

In addition, Adobe, which provides “Adobe Flash Player”, has decided to recommend HTML5 instead of Adobe Flash, and announced that it will end support for the extension on December 31, 2020. Content execution will be blocked after January 12, 2021.

It’s a bit sad news for users who know the good old days of the Internet, but Adobe has released the final release notes for “Adobe Flash Player” just before the end of support. What was spelled out there was a word of gratitude to the users.

The message from Adobe is as follows.
“We would like to take this opportunity to thank all our customers and developers for using Flash Player over the last 20 years to create great content. We use Flash for animation and interactivity. We are proud to have played a key role in evolving web content such as audio and video. We are excited to help lead the next era of digital experiences. “

Adobe has re-announced the end of support in the release notes and recommends a quick uninstall of Adobe Flash Player.

Cloud gaming service “xCloud” provided by Microsoft. In addition to the Xbox series, it can be used on Android devices, but it became clear that it will be available on iPhones and iPads equipped with iOS from the spring of 2021. 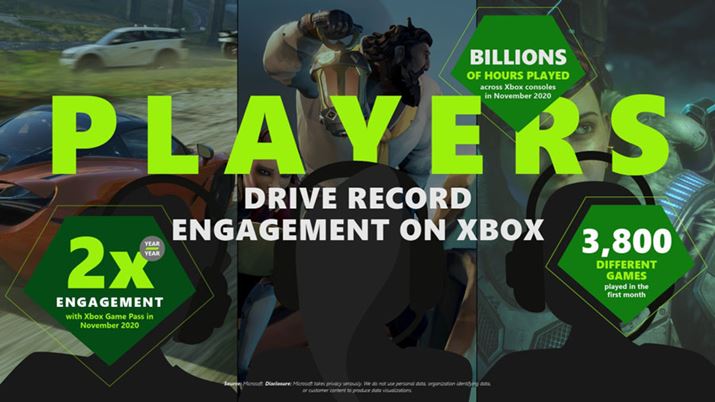 “Xcloud”, which can be used by users of the Xbox subscription service “Xbox Game Pass Ultimate”, was said to be difficult to support the App Store due to the characteristics of the monthly fee system, but with the iOS browser “Safari” By providing it, it is said that the problem was avoided.

In addition, “Xcloud” is also planned to be compatible with Windows PC, which can be accessed from the dedicated application “Xbox”. With the addition of iOS and Windows PCs to compatible devices, it is estimated that more than 1 billion devices can access “Xcloud”.

The preview program is in the process of being implemented in Japan, but the official service is scheduled to start in 2021. It is hoped that the era of cloud gaming will finally come in earnest.

Disney +, a subscription service that distributes video content such as Disney, Pixar works, and Star Wars series, has announced that it will raise monthly fees in the United States and Europe from March 2021.

Usage fees in the US are currently raised from $ 6.99 per month to $ 7.99 per month and from € 7.99 to € 8.99 in Europe. It is said that the price has been raised to strengthen the lineup of original contents such as Marvel and Star Wars.

The usage fee in Japan is 770 yen (tax included), but it is lower than the US and Europe where the price will be raised, so I am wondering if the fee will be revised in Japan in the future.

An omnivorous writer who has no eyes on the latest gadgets and games. I’ve been getting metabolic syndrome recently, so I’m also interested in health care goods. On holidays, I play games and watch movies.