Yamaha MT-07 is known for being a compact but powerful Naked bike, inheriting the genome from the twisted king. Yamaha MT-09. Yamaha MT-07 possesses the same equipment and is very well appreciated by bikers in the mid-range Naked bike.

The original Yamaha MT-07 was a neat Naked bike model 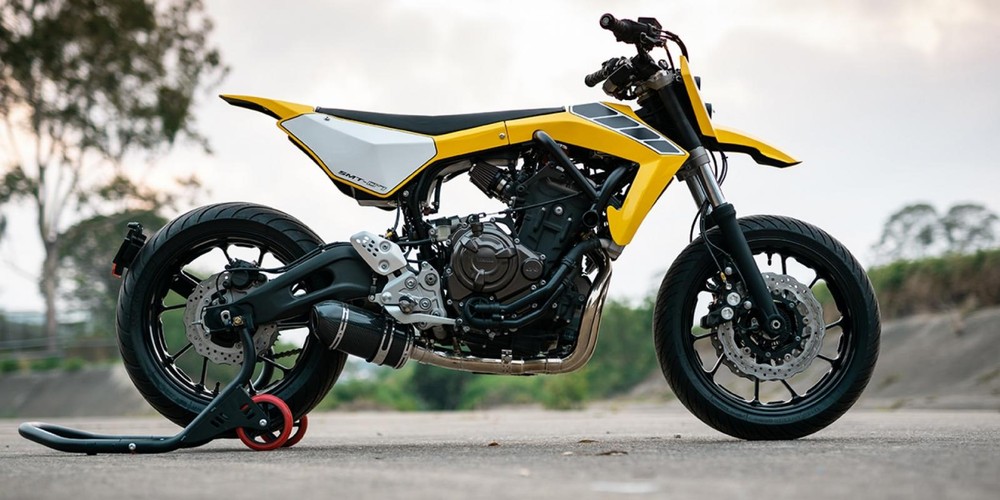 In the world, many cars, many versions are completed with excellent finishing by a lot of people. However, with the effort of just a few hands, Andrew Stagg surprised many people by what this man could do on the Yamaha MT-07. 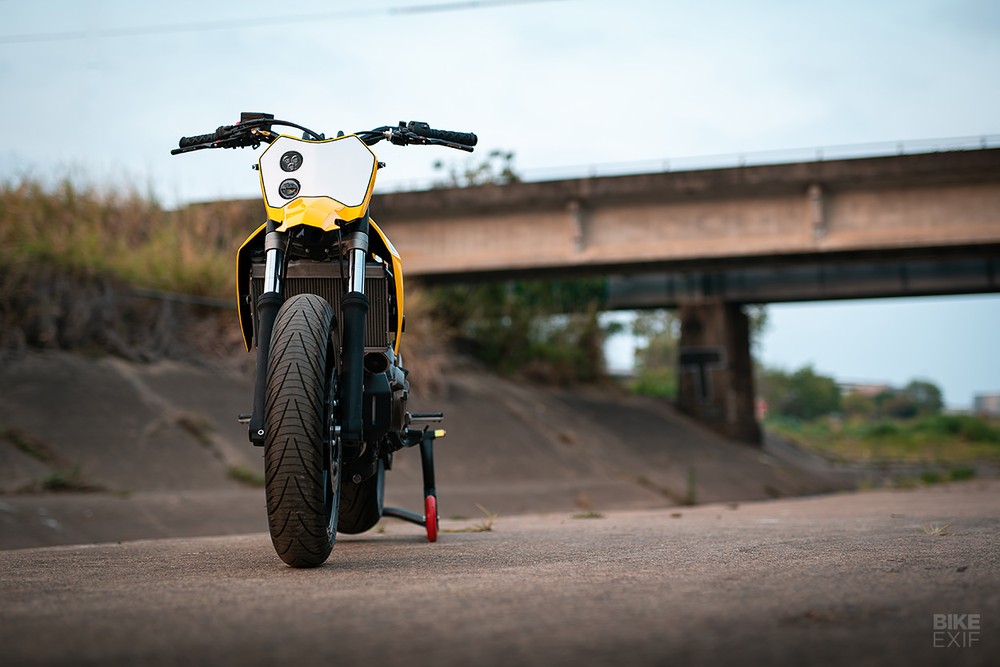 As can be seen, the whole frame of the car has been replaced in Supermoto style full of elegance and flexibility. In the front of the car, a set of numbered mask masks is redesigned with high fenders and very neatly attached. The front fork of Yamaha MT-07 is kept unchanged and only replaced big pairs of tires for a very strong and thick look, true to Supermoto quality. 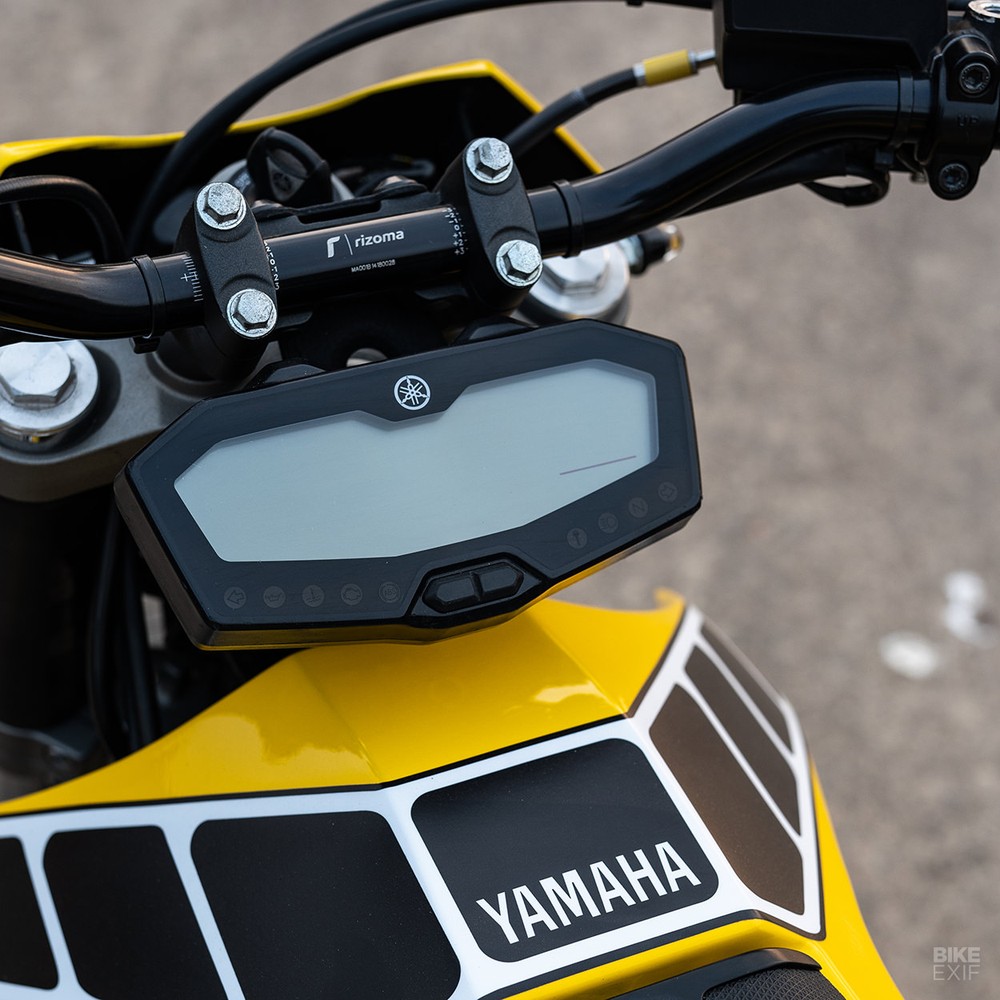 Above, a new handlebar of Rizoma was replaced in the front of the car for a taller and wider steering wheel than the original. The entire tank of the car is redesigned and covered with a beautiful plastic shell and very high perfection. The bike has a familiar black and white gold kit on the Yamaha anniversary plates. 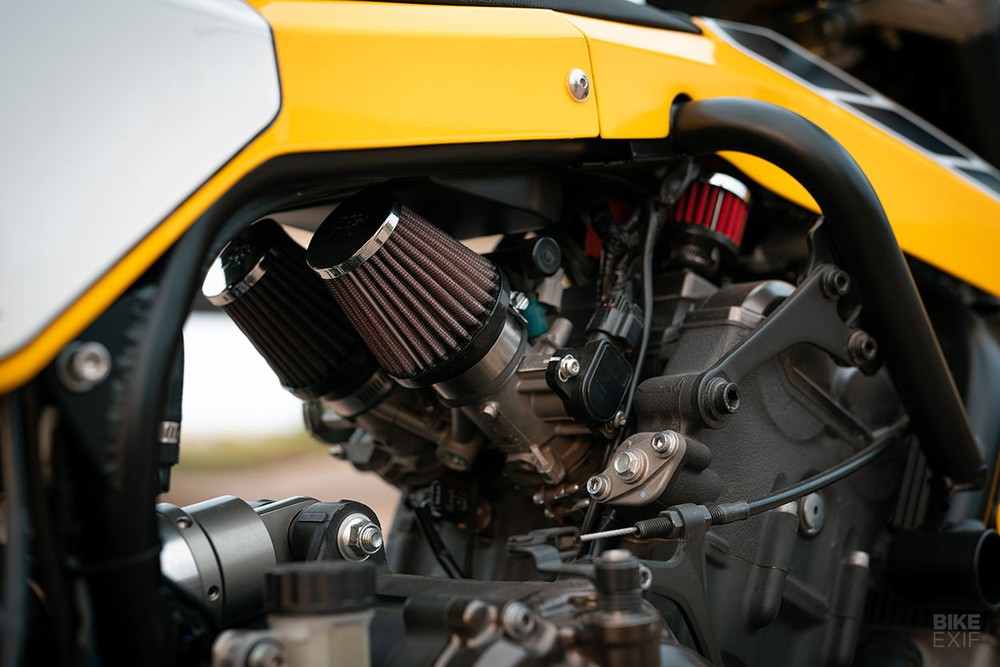 The 689cc double cylinder engine block is in the old position but the whole air filter system has been changed with a degree air filter, giving better air inlet and ventilation in the body. Using an air filter will give the car more power. 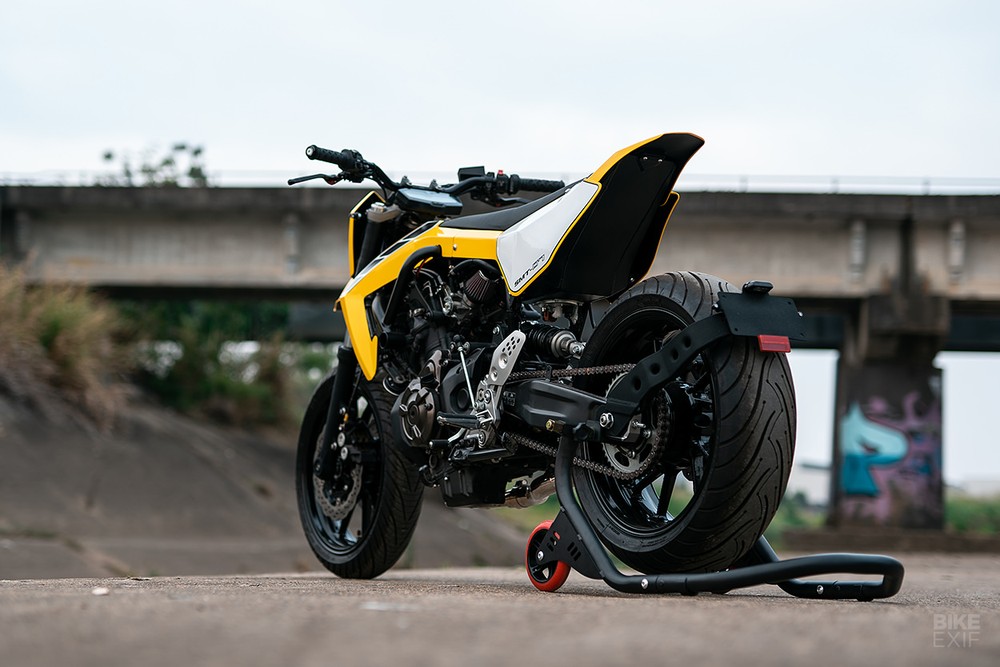 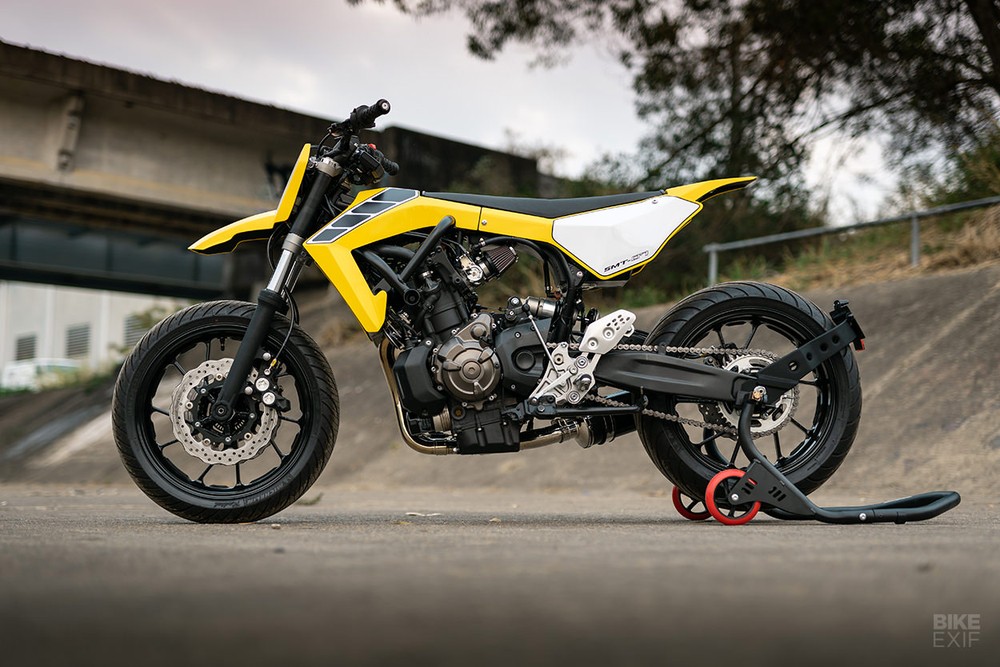 It can be seen that this is an unbelievable version completed by the hands of just one man. The finish in both the styling and the details on the car is astounding. Andrew has taken a Naked bike to become more prominent and powerful, proud to put into it the style of a fascinating Supermoto model.