Acura ILX Review: What is there to compete with Lexus IS, Audi A3?


Although equipped with modern, “soft” selling prices, many people still consider Acura ILX not to have a breakthrough in design such as Lexus IS, Audi A3 …

Acura ILX is a car in the luxury sedan segment of the famous Japanese car company Honda Japan. Acura ILX was first launched in 2012, bringing with it a new design of Acura called “unified dynamics”. Compared to Honda Civic, Acura ILX is equipped with Amplitude Reactive dampers, bigger and stiffer driving axles for flexible handling.

In 2016, Acura ILX introduced an upgraded version between the lifecycle. Vehicles using 2.4-liter i-VTEC engine combined with dual clutch gearbox. In 2019, Acura ILX continues to produce an impressive facelift with a new design language and a prominent “Diamond Pentagon” grille. 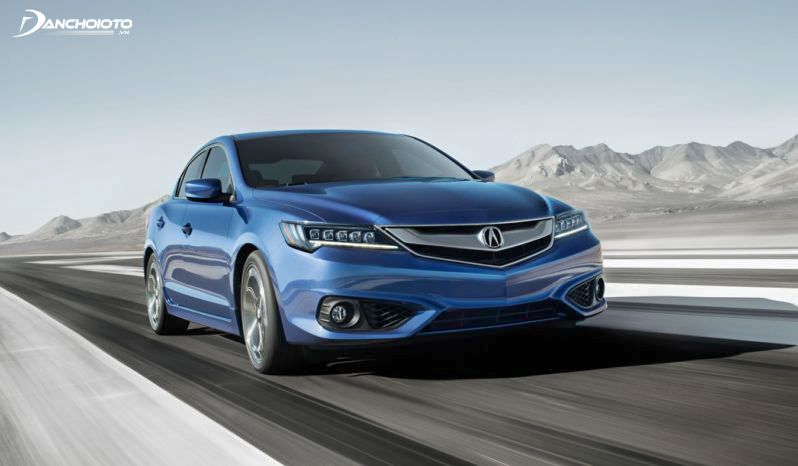 Acura ILX is in the luxury sedan segment

In the segment, Acura ILX has rivals such as Lexus IS, Audi A3, BMW 320i … However, the design has not really had many breakthroughs, Acura ILX is not appreciated as many of its rivals.

Acura ILX exterior is designed according to Acura’s new design language with the Acura Precision Concept idea. Acura ILX’s exterior looks quite small but very subtle and sharp. Acura ILX evaluation of the exterior is somewhat softer and more luxurious than the old generation.

The first part of Acura ILX review features a grille designed in a large pentagon shape. In the middle of the grille is an impressive large Acura brand logo. At the nose of the car there are cut lines and capo with floating veins running along to create a strong and muscular appearance for the car. The car’s headlight system and LED nearly in combination with a LED positioning strip are located just below the headlights. 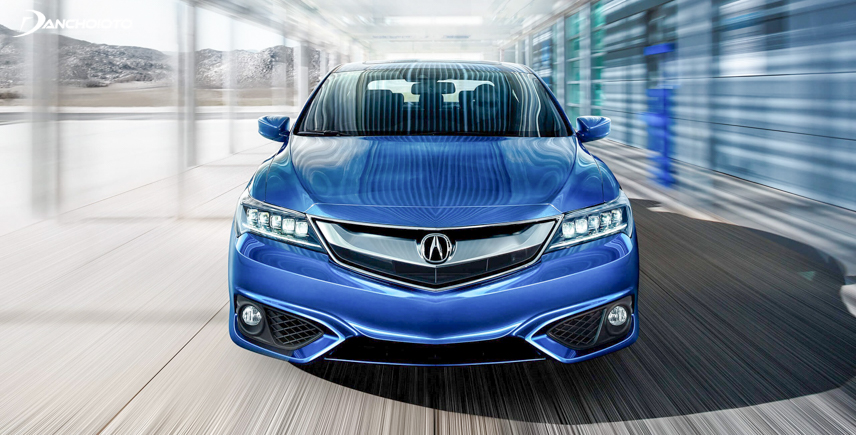 The body of the car is noticeable with 17-inch wheels with luxurious shiny alloy material. Rearview mirror is designed in the same color as the body, with power adjustment / folding and has integrated turn signal. 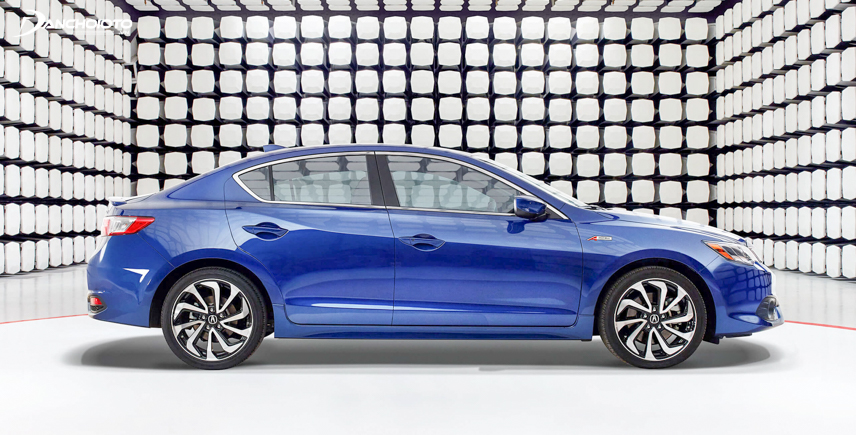 The set of 17-inch Acura ILX wheels accents the body

The rear of the Acura ILX attracts users by angular design. The small size spoiler and simulation diffuser in the tail make the car look sportier and more personality. 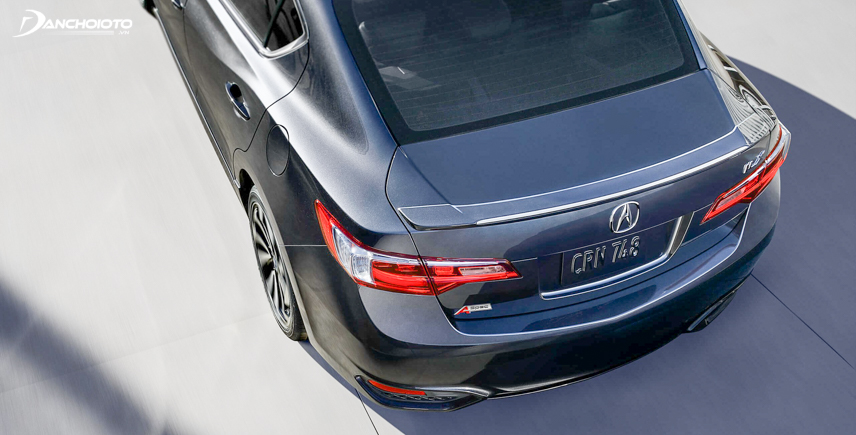 Acura ILX interior space is not changed much compared to the old version. Due to the compact size, the space is moderate, not too spacious. This is the disadvantage of Acura ILX in the interior compared to rivals. However, the car is equipped with many modern equipment and facilities.

The main color of the car is black for the regular version while the A-spec is red. The equipment on the car is arranged harmoniously, scientifically with high quality leather or suede. In terms of interior color, users can choose brown or red suede or add ebony materials. That helps users to easily control the car as well as increase the sophistication and elegance for Acura ILX interior space. 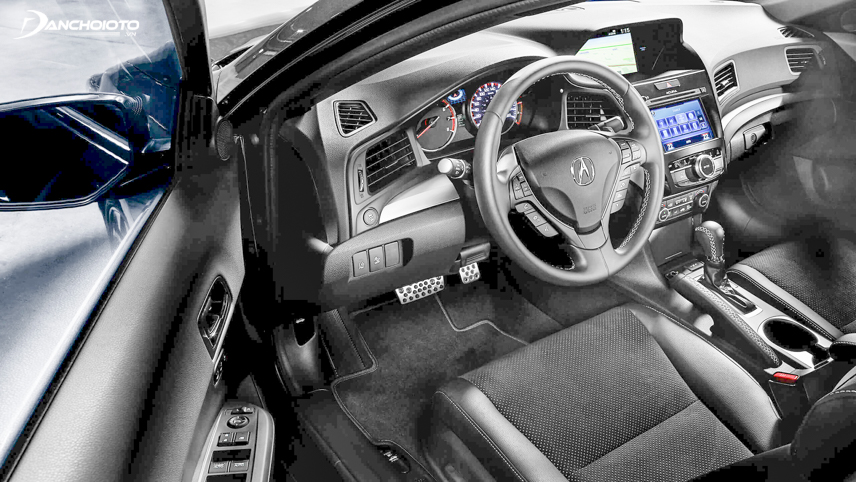 The seat system is redesigned compared to the previous one when the back of the seat can be adjusted to help the occupants get the most comfortable sitting position. Taplo tables are plated with chrome and shiny silver to create a luxurious, elegant part for the car. 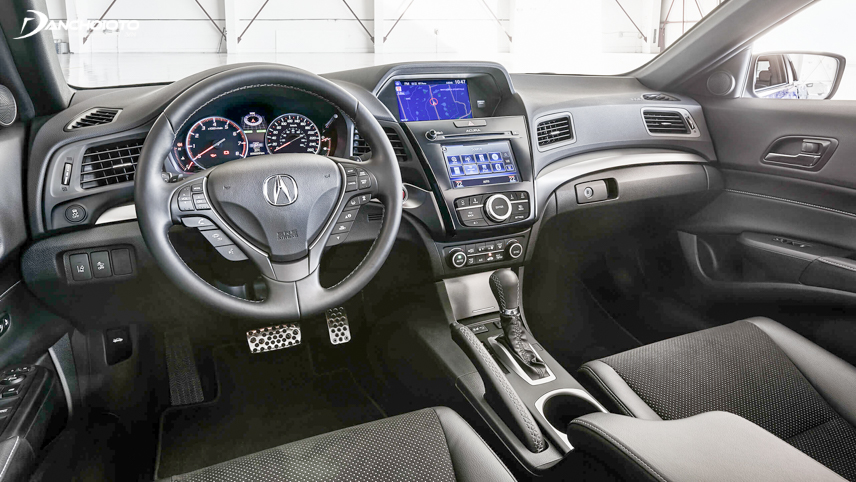 Acura ILX interior is equipped with many modern and advanced facilities

Acura ILX is equipped with a naturally aspirated engine system. Consumers rate the engine power of the Acura ILX quite strong and enduring compared to rivals. Here are the Acura ILX specifications on the engine.

According to users, Acura ILX has the ability to operate smoothly, smoothly and safely. Vehicles equipped with new suspension makes them run smoothly as true luxury cars. The soundproofing ability of the car is also relatively good so that people in the car always get a sense of tranquility and relaxation. In terms of fuel economy, Acura ILX is also appreciated when fuel consumption is low in the segment. Acura ILX consumes about 8.1 liters / 100km of mixed roads. 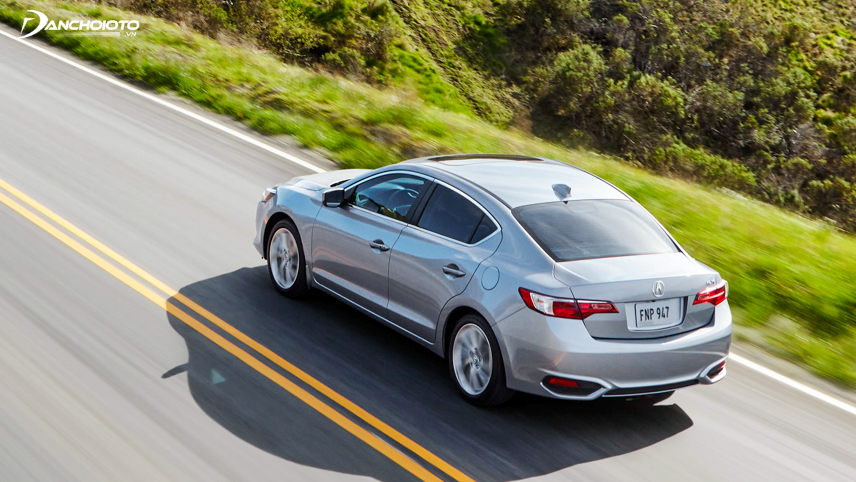 The operation of Acura ILX is smooth, smooth and safe

Acura ILX is equipped with many of its modern safety features. Compared to rivals in the segment, Acura ILX safety equipment is ranked average.

Acura ILX price how much?

The car is suitable for those who have a financial position, love the luxury, modern and high-class. At the same time, this sedan will be suitable for frequent travelers. Acura ILX is a new luxury car that is receiving a lot of attention from consumers. If you are looking to buy a cheap luxury sedan, the Acura ILX is a name to consider.