Synopsis An ordinary young man / favorite person decides to rent a vacant room in the house he lives in in order to earn a living.Quote-Wikipedia

The first episode starts with a mysterious battle.
I don’t know who the two are fighting, and I don’t know why they are fighting.
The self-introduction of the hero begins from the beginning of such “I don’t care about anything”.

“Then why are you here? That’s a good question.”

“Here” is just a park bench, although he speaks plainly.
Why is an ordinary hero lying on a park bench?
I don’t really care.Simply put, if you try to go for a job interview
I’m just sleeping on a park bench because the interviewee was crushed.
This animation takes 3 minutes to explain the situation.

A heroine suddenly appears while BGM that does not suit the atmosphere is flowing.
The volume of BGM is so loud that it’s hard to hear the characters’ lines.
Don’t worry. Damn or BGM that doesn’t fit this mood is the default.
It’s no wonder what the volume balance is all about.

The hero inherits an apartment outside the town from his parents,
The heroine is trying to move into the house of the hero who is looking for a resident
I’m lost.The hero is the hero who is sleeping such a heroine
Ask the way without knowing the landlord.Then the hero thinks in his heart

The heroine does not know that the hero is a landlord.
When translating into “Japanese” because it was originally a Chinese original work
The grammar of the lines is so strange that I think it is a strange grammar
The usage of words is strange, and the nuances of Chinese expressions are good.
It is a dialogue that conveys that it has not been completely converted into Japanese.

The voice actors are basically speaking very quickly,
Often I haven’t met the movement of the character’s mouth.
Of course, in bilibili etc., the character basically speaks in “Chinese”
The adjustment of the length of the dialogue and the translation when it was translated into Japanese did not say well,
Due to the strange grammar and tongue twister, the lines don’t come into my head. 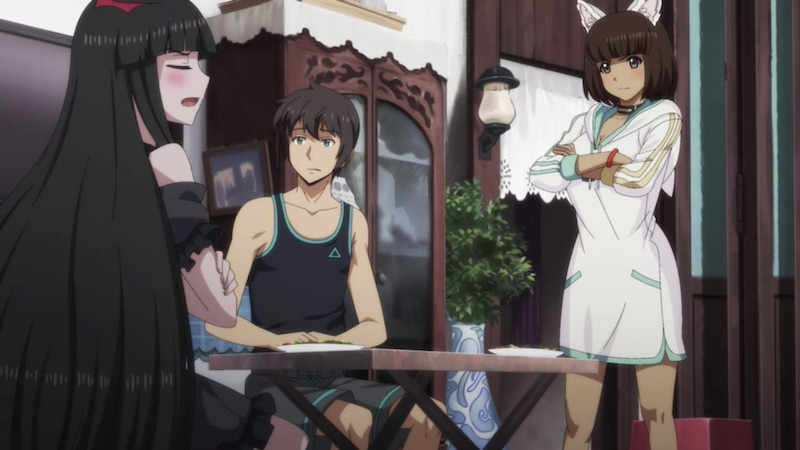 The development of this work is surprisingly abrupt.
When I was heading home, an enemy suddenly appeared and started fighting.
The heroine suddenly has animal ears, and the opponent is a vampire.
The battle suddenly begins and ends in less than a minute.

The setting that the heroine, which should be important originally, is “human wolf” was also revealed easily,
The hero also accepts it easily. Vampires aren’t bad either
It was just trying to help the hero from a human wolf,
A so-called “slapstick harem comedy” is developed.

There was such a light novel original animation 10 or 20 years ago.
It reminds me, but although it has such nostalgia, it’s not really interesting.
With a character that you saw somewhere and a setting that you saw somewhere
In the development that suddenly occurs when you hear strange lines of grammar
I can’t keep up with the feelings and mind of the viewer.

In the second episode, the main character is called by the “Space and Time Management Bureau”.
I tried to keep up with the story of this work while holding my head to the lack of unity in the world view.
I have no choice but to desperately cling.

Do you have any intention? 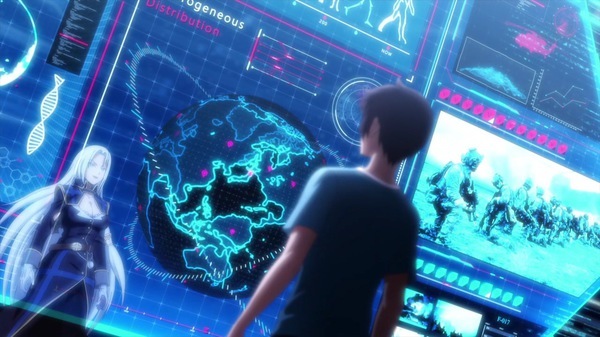 Image source: From episode 2 of Anomalous Organisms
©2018 bilibili/Journal of the Mysterious Creatures

Does the hero have no intention? It is still washed away as much as I think.
Invited by the “Space and Time Management Bureau”, he becomes an examiner as it flows.
It seems that the purpose is to mediate and maintain peace in this world where various races exist.
The main character, who was an ordinary person, becomes an examiner of the Space and Time Management Bureau.

When I think so, the hero goes to the mysterious dream world.
When I finally understood the story and was about to follow the story, I was thrown out and
Wake up from a dream. I don’t know what it is anymore
I’m desperate to keep up with the hectic storyline.

Someone would like me to explain what kind of situation this is and what kind of story it is.
I can’t keep up with my understanding. By the way, in episode 4, I will go to Europe.
I’m going out to various places so that I can stay at home and calm down.

Chinese style When I thought it was a slapstick comedy in Japan, the SF Space and Time Management Bureau came out.
If you think that you have practiced and traveled in a mysterious parallel world different world,
It’s a trip to Europe. Even Hidetoshi Nakata is a little more calm. 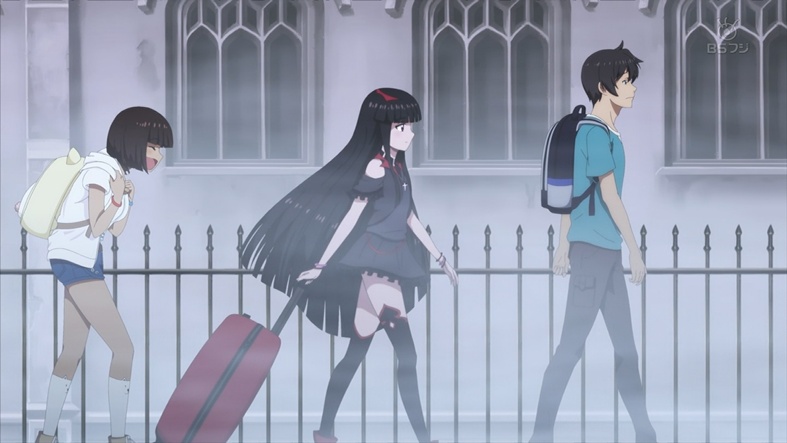 Image source: From episode 4 of Anomalous Organisms
©2018 bilibili/Journal of the Mysterious Creatures

From episode 4, I’m looking for a new resident.
While doing a slapstick comedy that is neither poisonous nor medicinal, I will go to the person who wants to move in
The trend is to meet new species and increase the number of residents.
At the beginning, the tempo was too fast to keep up, but from the 4th episode, the tempo was bad.

Comedy that is neither particularly interesting nor funny,
I’m supposed to move in, but I have to go to pick up and look around
I didn’t find any fun in developing the annoying story,
The chaos of the early stages, which is absurd and unfolds one after another, is also hidden.
It’s just boring.

Although the character has a cute part, it looks like I saw it somewhere
I didn’t find the slapstick comedy that I saw somewhere particularly attractive,
In this case, I think it would have been better to have a chaotic development in the early stages.
The story doesn’t go astonishingly.

In episode 4 in Europe looking for a new resident
It ’s good to come, but you can explore the old castle without seeing it.
Repeat the slapstick comedy and finally meet up to 7 episodes. ..
After four episodes, the number of residents finally increases by one. The tempo is too bad.

The new resident is also called “the devil who came from space (Uncle Macho)”
The fluffy feeling of the setting is no longer a ridiculous character,
The only character that can be said to be salvation is played by Tetsuaki Genda.

The magic hunter who finally came out wondered “what the hell was that?”
It’s just a comedy factor, and I can’t keep up with the story development.
In episode 8, we go to space.I’m wondering where to go
I can’t get into the world of this work, and I always look at it objectively. 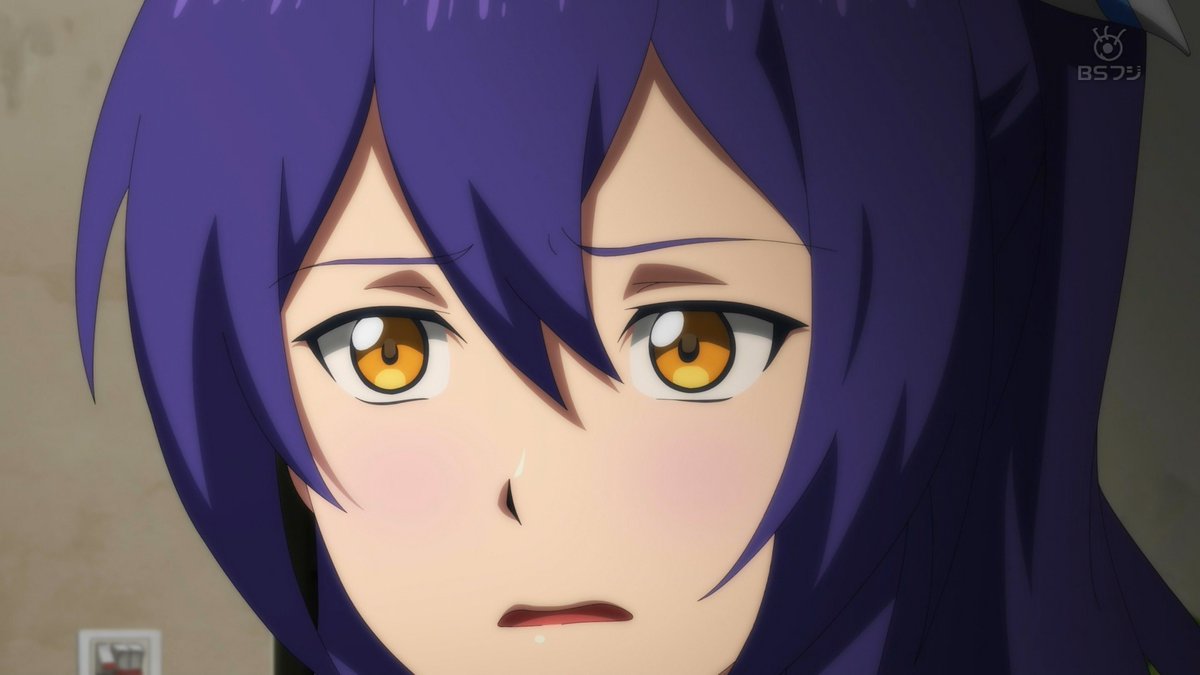 Image source: From episode 12 of Anomalous Organisms
©2018 bilibili/Journal of the Mysterious Creatures

I spent four episodes looking for Uncle Macho, but the new resident
You can find it in less than 5 minutes in 8 episodes. You can’t dig in anymore.
The heroine who is one of the Harlem factors than Uncle Macho who doesn’t care
Don’t worry about the short time to move in.

If you went to space in episode 8, you will go to another world in episode 9 even though you are in space.
Going over and over, going too busy.
What do you want to do by collecting “tenants” in the first place?And even the purpose of the story
It’s almost forgotten by the viewer.

One of the heroines was kidnapped at the end of the game, and the main characters were searching around.
It will be a “serious” development of battle with the enemy,
Behind the scenes, another companion is playing ordinary mahjong.
One of the heroines says something like this when he sees such mahjong.

It is a line that seems to represent the hearts of viewers who have seen this work up to 11 episodes.
It’s a work that can really only be called “what this”.

There are many serious battle scenes at the end, but such battle scenes
Spoil with stable shit BGM.
Even though it’s a serious scene, I use the BGM that I used in the comedy scene.
There was no atmosphere.

After all, the final story ended with a slapstick comedy,
Perhaps it turns out that the work as a whole is an introduction to “characters are aligned”,
Although the development itself that connects various mysteries at the end is not bad,
It was a work that I couldn’t see when I wanted to see the future. 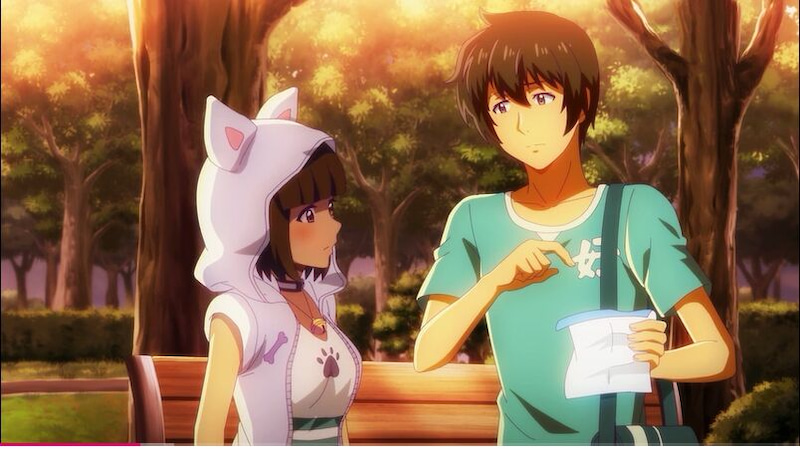 Overall, it was a pretty tough work.
The translation to convert the original written in Chinese into Japanese voice is strange,
For adjusting the scale in dubbing, turning lines that make you feel strange grammar and discomfort
Because of the fast-talking characters, the “explanation” of the world view did not come to my mind,
Their slapstick comedy can’t be laughed at.

If you think you are in Chinese style Japan, you can go to another world or Europe
The development is busy, such as going to space and going to the dream world,
The side watching is swung around by the sudden development
Because there are many stories that make me wonder, “What was this story after all?”
I can’t get into the world of works and I’m always out of the mosquito net.

Although there are various parts where the story is connected at the end of the game,
With a character that you saw somewhere and a story and settings that you saw somewhere
It feels like you’re watching an anime based on a light novel about 10 years ago.
Although it is nostalgic, it is composed only of worn-out elements.

Although these parts are common in Chinese animation,
Other Chinese animations had at least a lot of “understandable stories”.
However, this work is a mixture of various elements
The story is difficult to understand, probably because the Japanese translation is not working well.

In terms of genre, it’s like a slapstick comedy fantasy science fiction
Although it is a genre, it is a work that only leaves a memory of being busy.

Image source: From Episode 7 of Anomalous Organisms
©2018 bilibili/Journal of the Mysterious Creatures

Although each element and the setting of this work seems to be surprisingly well-developed,
Because each one did not mesh and the appearance was bad
It was a work that made me feel that I couldn’t convey the charm of this work properly.

“Translation is strange”
This is the only work that gives me the impression.
If it had become a little more natural Japanese dialogue, the impression of the whole work might have been different.