A work of domestic conscience! If horror movies are made like this, will they be scolded?

Speaking of domestic horror films, how many audiences who love horror films can’t help but sigh. Due to the current review system in the film and television industry, it seems that there hasn’t been a horror film of high quality for a long time.

Different from the horror movies in Europe and America, and the psychological tactics of Japanese and Korean horror movies, Chinese horror movies are often associated with legends, religions, and various ghost stories, with a sense of destiny like a reincarnation. , What I want is the kind of interlocking excitement and the surprise of turning back and shooting the case. 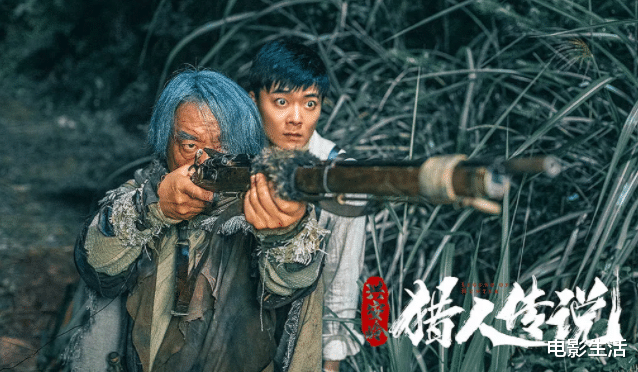 And a recent online movie “The Legend of Xing’an Mountains Hunter” can meet the requirements of the review and use the “evil” of human nature as an introduction, and use the horror stories passed down in the Northeast region as the knot. Connecting the main line of the story into a closed circle, whether it is the plot design or the connotation, is enough to be regarded as the highest quality domestic horror movie in recent years. 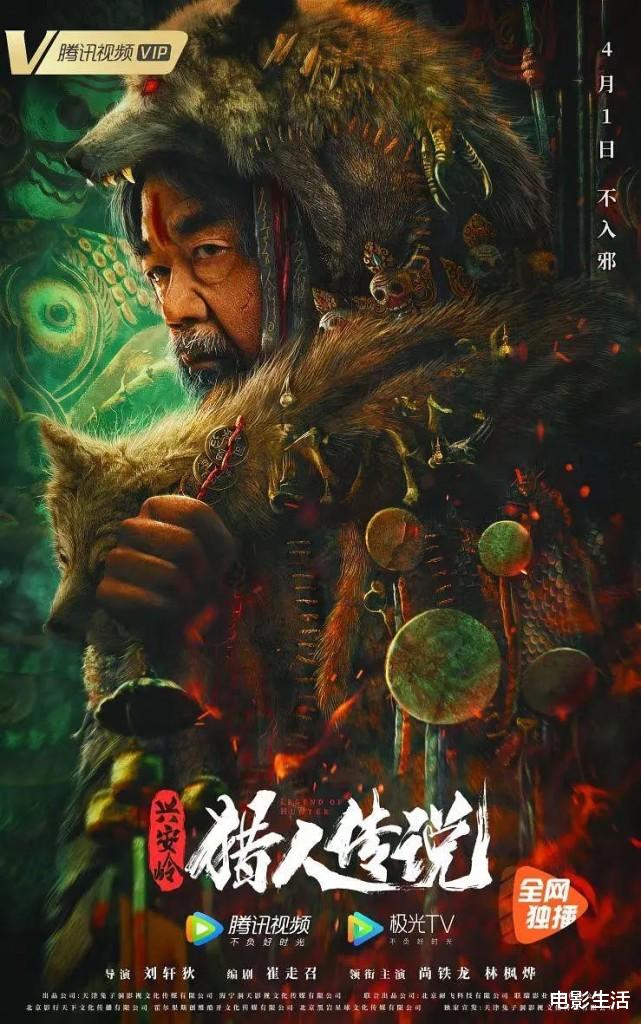 As a high-quality online movie, “The Legend of Xing’an Mountains Hunter” 11 days after its release, the number of viewers has soared, reaching nearly 8 million viewers, and the current cumulative share of more than 30 million , Not only is it good enough to play in major online movies, it is also very good compared to cinema movies.

So let’s have a chat today, what is so special about the “Legend of the Hunter of Xing’an Mountains” that can be loved by so many audiences:

1: The true story behind the three ghost stories

“Legend of Hunter of Xing’an Mountains” tells three horror stories carved in the bones of Northeast people since childhood. The most wonderful thing is that after the ghost stories, three true stories behind them are brought out, one by one, without leaving the audience at all. The breathing space directly pushed the horrible atmosphere to the top. 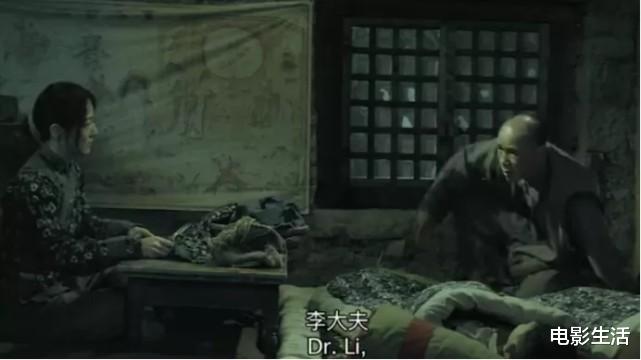 The first ghost story is about a paper man carrying a sedan chair and a fox fairy repaying his favor. One day the veterinarian Li Dafu went to a large family to help deliver the baby. In the end, he was paid only two handfuls of soybeans. Although he was dissatisfied, he considered that his arms could not reach his thigh , I could only endure thinking about it, but after leaving in a sedan chair, I suddenly realized that I had two golden beans in my arms!

When he got off the sedan chair, the man carrying the coffin was even more eerie and terrible, all of them were ghostly paper men. Li Dafu made a fortune because of this. The villagers said that he was lucky enough and met the fox fairy who asked him. Delivery.

Li Dafu made a fortune and built a new house to live a prosperous life, but the bad luck entangled the Li family. Within a few days, a family of three died tragically. The last generation of Huangwei hunter Liu Erye (played by Shang Tielong) At the request of the villagers, they began investigating the massacre, and narrowed their eyes to discover the clues of the story.

Golden beans are real, but fox fairy is false; repaying kindness is false, and greed is true. On the contrary, the terrifying horse monkey in the first ghost story is a purer existence than the human heart.

The second ghost story is even more terrifying. It is about the human face tree that has been circulated for a long time. It is told through the mouth of a group of people who hold the treasure. 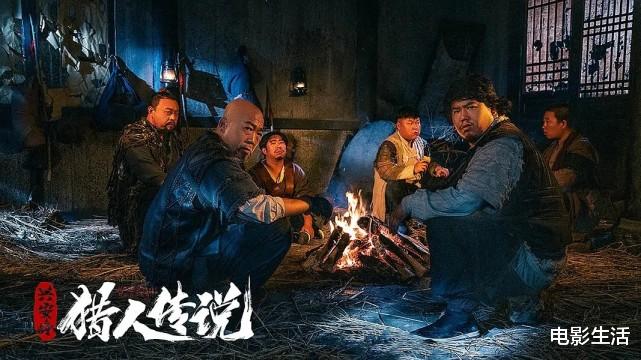 They were talking about a ruined temple while they were digging for ginseng, and they met a mad woman in a red dress while resting. The woman in red had a dead son, and she was walking back and forth in the forest with a baby-shaped tree root all day long. Wandering, it looks crazy and terrible.

But what the group of ginseng-diggers didn’t say was that they were upset. After hurting the mad woman, they strangled them alive in the ruined temple. 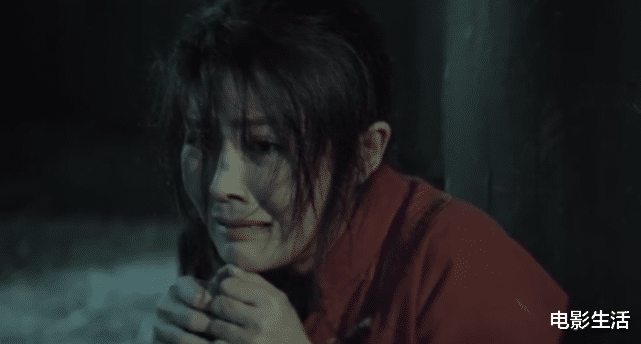 And the third story must have been heard when you were young. It is about a group of passers-by staying overnight. The old woman who opened the door boiled water and cooked porridge warmly to the guests, but when she woke up in the middle of the night, she found that the old woman was chewing her fingers.

The true story is definitely not as simple as it seems. The warm-hearted old woman was originally kind, but there is another gangster who has really committed the murder.

It can be said that “Legend of Hunter of Xing’an Mountains” uses three familiar ghost stories from netizens as the introduction, and then peels off the cocoon to uncover the bloody truth behind the ghost story. This setting is simply incredible! 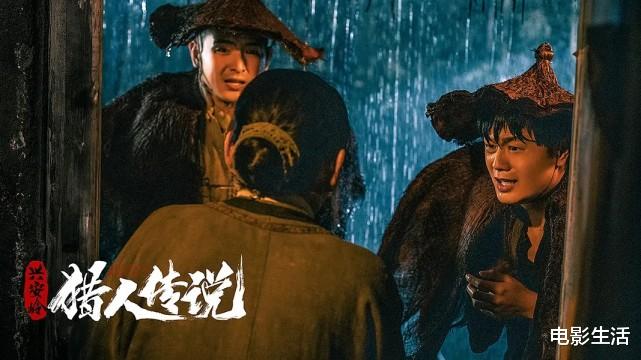 Two: Ghosts are not evil

“The Legend of Xing’an Ling Hunter” focuses on the legend of ghosts and monsters, but the focus of the story is still good and evil.

Liu Erye said at the beginning of the story that the old forest has the rules of the old forest. Once you enter the forest, you must obey the rules honestly. The rules are also very simple, that is, you should not be greedy, otherwise you will There will be causal reincarnation and retribution, and this rule is the clue that connects three ghost stories.

Li Changfu became greedy after treating the mustache who was in charge of guarding the golden veins. He threatened the other party not to sell the ancestral property and stabbed the news of the golden veins. This greed eventually burned into a monstrous flame, burning everyone’s sanity. After all, they finally joined forces to kill the three members of Xiaobeard’s family, and all of this was seen by the monster that Xiaobeard had rescued, the big horse monkey, and then the scene of the tragic death of Li Changfu’s family at the beginning appeared. 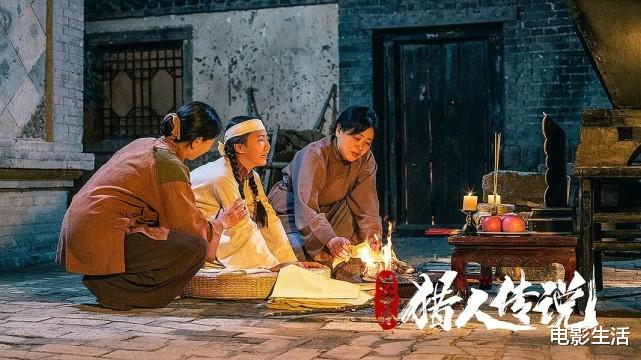 The story of the mad woman in red is linked with the episode of staying at night by the same character, that is, Chunsheng who participated in the killing of the gold keeper. He not only killed the guardian family, but also cruelly used the eldest daughter to treat herself. After doing a series of evil things, he left.

Chunsheng has evil thoughts as well as greed. There are ghosts in his heart and he is naturally guarded at all times. That is why he sees the illusion caused by the mad woman, and he breaks into the old woods, and finally died in the hands of the pheasant. 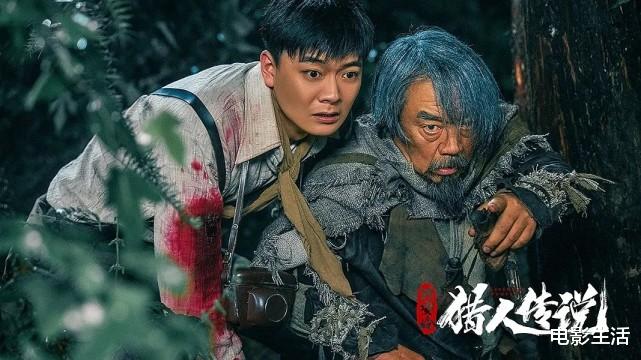 “The Legend of Hinggan Mountains Hunter” used three seemingly unrelated stories, and finally turned to an ending that everyone could not expect. It can only be said that the scary ghost legend is no better than the evil thoughts in people’s hearts. The logic of the movie from beginning to end is very clear, and a few short stories are also worthy of re-appreciation.

If you like this “Chinese horror” in front of the screen, then don’t miss this “Legend of Xing’an Mountains Hunter”.