A Plague Tale: Innocence was the good surprise of the beginning of 2019. After being put in PLS by a certain one-armed canine, we must admit that the title developed by the Bordeaux residents of Asobo Studio had all the outlet.

A Plague Tale: Innocence takes place in the middle of the 14th century between Black Plague, war of religions, swarms of rats and ancient magic. We follow Amicia and her brother Hugo, at the heart of the troubles of their time, pursued by the Inquisition. The young cadet, the bearer of an unknown disease, is coveted by the church. They will have to flee to hope to find a cure and escape their pursuers.

Asobo Studio made a copy more than convincing since our comrade Mercutio gave it an 8 during his test. He was not mistaken since the press and the public will be unanimous. The million copies sold and the multitude of awards attest to the enthusiasm for this title, which is truly unlike any other, confirming in passing the good form of French video game production.

However, A Plague Tale: Innocence was also not perfect and suffered from a few flaws which somewhat spoiled the fun. Fortunately and without surprises, Asobo Studio and Focus Home Interactive quickly announced a sequel to the adventures of De Rune.

Little information to date since the Bordelais were, until recently, all or almost all mobilized on Microsoft Flight Simulator. But many of us are waiting for fresh news on the progress of this second part. There are plenty of rumors circulating but none seem really substantiated. The most plausible suggests that this new opus would be a whole new story with new protagonists but always during the same period.

Based on this assumption, here are some improvements that we would like to see in the next installment to enjoy a new adventure even more epic.

The evocative force of A Plague Tale: Innocence is based in part on its heroine who is surprisingly modern. Indeed, Amicia is a young girl of barely 15 years old eager for emancipation who wants to grow up and impose herself as a woman in a world that leaves her no room.

The tragic events at the start of the adventure will shake up his aspirations and the need to survive will be the greatest, at least initially. She will also have to show all her leadership and her moral strength because this teenager will have to grow up very quickly and in a world which is openly hostile to her. But she remains a child, crossed by the doubts and the fear that the player shares with her.

We are actors in this initiatory quest, we can see this character getting closer to a brother whom in the end she knows little and discovering a role closer to the mother than to the sister. A strong young woman, of course, but who always steps aside in favor of a higher interest: protecting her young younger brother who is at the center of all the attention of the Inquisition.

Asobo Studio has succeeded in giving depth and a lot of modernity to its character while diffusing a subtle touch of feminism. Amicia reveals itself in its strengths and weaknesses with remarkable writing quality. His relationship with others and in particular with his younger brother offers moments that swing us between laughter and tears, fear and joy and that in a disconcerting fluidity.

The one who will succeed Amicia – because it is a conviction: it must be a woman – will have work to surpass her. We can hope for another duality such as mother / son-daughter in order to explore other parts of the personality, to give more experience and strength to this new character, but also to avoid comparison. It will nevertheless remain on the same standards of writing to give this evocative power perceived in the first part.

The soldiers of the Inquisition clearly lacked balance, sometimes omniscient, sometimes stupid, it had the unfortunate tendency to get us out of the game. This was one of the great faults which was reproached to A Plague Tale: Innocence. We would have liked to have more varied opponents offering different strengths and weaknesses in order to give more challenge in the infiltration phases and introduce even more tension.

The puzzles would also deserve to gain in diversity because in the first part, once the game mechanics were assimilated the solutions jumped in our face from the entrance (or almost). This is one of the aspects that helped to make the last hours of play more redundant.

In both cases, the decorations will be decisive and we can easily imagine that Asobo Studio will be attentive to this. Indeed, during the first opus, we had the pleasure of crossing a multitude of places which, in addition to being beautiful and inspired, were for the most part useful for the gameplay. A Plague Tale: Innocence is also a game that relies a lot on its atmosphere, it will therefore be necessary to combine the two aspects which are of equal importance. 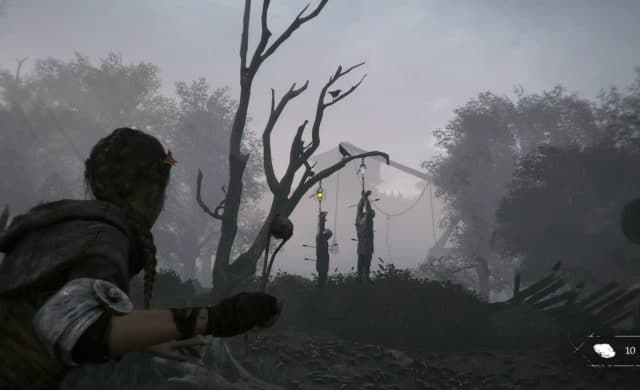 The quality of the story offered in the first opus is indisputable. The game takes us into a gripping storyline that offers some good twists and turns. Overall, the player is held in suspense and the adventures are numerous and well brought into an adventure which is all in all quite short but intense. The challenge for developers will be to renew the experience with new protagonists and other issues while interweaving the story of the two parts to give the license another dimension.

A Plague Tale: Innocence is at a crossroads. The license has the opportunity to convert the success of the first part and to capitalize on its unique universe which opens up a huge field of possibilities in terms of scenario. The difficulty will be to maintain the coherence of the narrative while bringing variety: to bring a new antagonist, to install the action in another region of France… The project is enormous and the success or failure rests in part on these factors.

A second part of A Plague Tale would have to gain, to stand out from its predecessor, to offer the possibility of travel the adventure together in cooperation. This would have the benefit of offering even more gameplay possibilities and highlighting the two protagonists of the story.

In the first opus, Amicia is, most of the time, in the company of her brother, who represents an obstacle to progression and who participates in the gameplay in this way but also through some scripted interactions. Unfortunately Hugo remains quite passive and most of the actions remain the responsibility of his sister.

This second part would be an opportunity to enrich the experience by offering to live it for two. In addition to that, the solo player could have the possibility to choose his character and thus know several endings and the outcome of each in the adventure.