In the journey to the future, sacrifice is inevitable.

Technology gets better over time, and like every other product, Samsung’s latest flagship phones become more powerful than ever. Every new year, we see a new chipset and many other hardware improvements, and that’s exactly what happened with the Galaxy S21 series or other flagship devices that came before it.

But aside from processing power, mobile photography prowess, and modern materials like Gorilla Glass Victus, which really draws the line between unremarkable flagship phones and high-end devices. The “top of the top” are additional features that help complete the ecosystem and the user experience. Unfortunately, with the Galaxy S21, Samsung has removed quite a few features that have long been considered an indispensable part of the user experience of the Galaxy lineup.

Here is a list of some of the most important features that have been crossed out from Samsung’s flagship devices in the past few years:

Built-in memory in wireless headphones: Gear Icon X wireless headset used to be equipped with internal memory, allowing users to play audio files right on the headset without having to rely on Bluetooth connectivity. This feature has disappeared from the company’s later wireless headsets.

– Heart rate sensor and SpO2 on Galaxy phones: Galaxy S5 is the first phone with a built-in heart rate monitor, and the next with a SpO2 sensor. Both of these features have been removed from the Galaxy S10e and later flagship models, though still present on the Galaxy S10 and S10 +.

– Retinal scanThe Galaxy Note 7 is the first flagship of Samsung to use a biometric authentication solution to scan the retina. This technology was later carried over to the flagship Galaxy S and Galaxy Note models, before being finalized on the Galaxy Note 9.

Infrared port: This hardware component is a part of the Galaxy flagship experience up to the Galaxy S6. It was gone and never came back.

3.5mm audio port: Galaxy Note 10 series is the first flagship series with a 3.5mm standard to replace it with USB-C and wireless connectivity.

– LED notification: Probably not as important as other removed features, LED notifications have been quite familiar to Galaxy users for years until it was replaced by Edge lightning on the Galaxy S10 series. 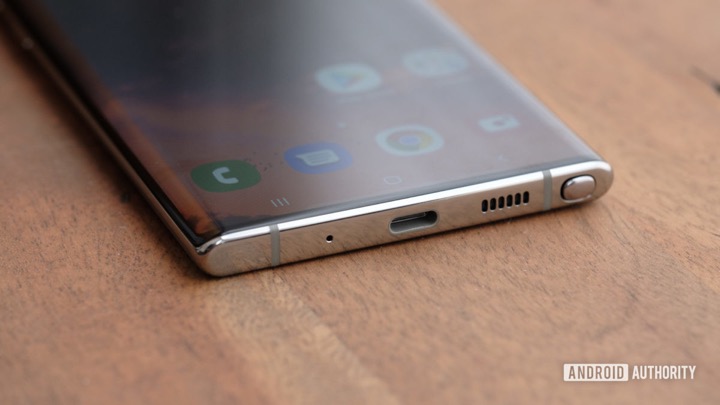 These useful features have been removed for a while, but Samsung does not want to stop and continue to do so in the following years:

– Overflow screen: Whether you like it or not the curved screen design of Samsung, it’s undeniable that this is a unique feature of the Galaxy flagship series. The design is slowly disappearing, and the new devices are still touted as having full-screen displays, but the curvature has been greatly reduced.

– Premium glass back on the lowest flagship models: The trend of replacing Gorilla Glass with a plastic back starts with the Galaxy Note 20 and continues on the Galaxy S21. Polycarbonate has its own advantages, but even so, that’s not what customers want in a flagship model.

– MST: Along with the changes to the Samsung Pay platform, the company also decided to remove MST in some markets (including the US and India) on the Galaxy S21. MST is a convenient mobile payment method, and is one of the features that makes Samsung Pay a more attractive choice than competing platforms.

What should Samsung do? 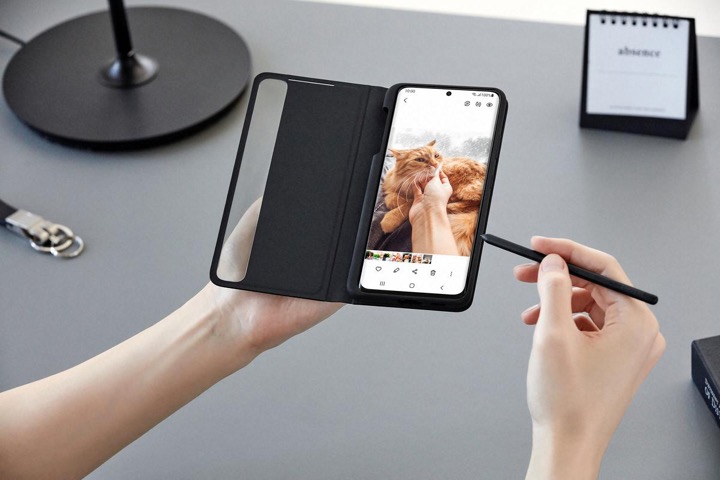 The S-Pen cannot turn the S21 Ultra into a Note

Samsung has obviously done some things to minimize the consequences after removing features, but in many cases it still needs to work harder. Retinal scanning sensors have been replaced by in-display fingerprint sensors, but they can clearly coexist and give users a more complete set of biometric sensors.

The SpO2 sensor and heart rate are no longer available on smartphones, but continue to exist on Samsung wearable devices. That means customers who want these functions have to spend extra money on watches they shouldn’t need.

Samsung also hopes that removing expandable memory from its flagship Galaxy S21 series will bring fewer problems in the context of increasingly popular cloud storage. But they simply aren’t the same, especially when shooting 8K video and so many other features requires a lot of storage space.

Many of the other features on the list above have not had an alternative since disappearing, but that once again shows Samsung’s hesitation in planning the future of its devices.

On the plus side, there are new features that users will enjoy, like screens with high refresh rates, or folding devices, but to get them Samsung has to sacrifice too much, and what they do. left as a graveyard full of forgotten features, many of which have been “retired before the age” and have not yet had a worthy successor.

And who knows what will be removed from future flagship models? The Galaxy Note series is said to be reaching the end of the road, and once again, the S-Pen accessory sold exclusively for the Galaxy S21 Ultra is not quite capable of making it a worthy device for the Note line.

In the end, the technology is still changing, old solutions have been replaced, and it is commendable that Samsung alone is not afraid to change. Perhaps there is no better way to move forward, and we are forced to give up many features in order to gain others. But whether they are worthy or not is another matter, and you can think that the sacrifice is meaningless.

Minh.TT (according to the SamMobile)