Players’ enthusiasm for the animal companion, Raymond, in “Assembly! Animal Friends” has spawned an “illegal” activity: some players spend a lot of mileage coupons or ring money or even real money to buy this lovely islander, This makes Poké Ninja, a netizen, uncomfortable. 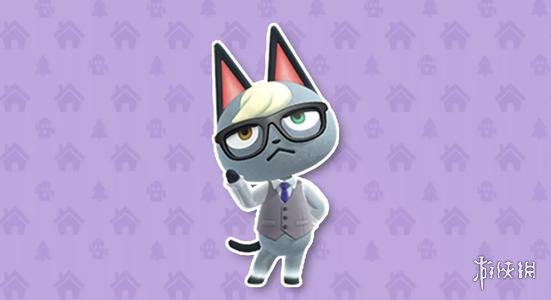 “When you see something as a father, your feelings will be different.” PokéNinja said in an interview with foreign media.

“Let’s gather! Animal Friends” has many children players, many of them spend a lot of time “liver” game to get the animal partners they want, but some players can not resist the temptation to use real money to buy characters on the black market.

PokéNinja said: “Many parents do not have the spare power to pay for their favorite characters for their children.”

To this end, PokéNinja decided to use hacking techniques to edit the archive file of “Collection! Animal Friends” to “make out” as many Jack Cats as possible, and promote them on social networks to share them with people in need.

Other people can get Jack Cat free of charge without any conditions or even “follow” PokéNinja’s social account. Twelve hours after the message was sent, about 50 people found Poké Ninja and received the Jack Cat. Some players tried to give PokéNinja bell money or other items in order to express their gratitude, but they were rejected by him. “My purpose is to give away, not to act as a scalper,” PokéNinja said.

In front of thousands of players of “Let’s Meet! Animals Friends”, sending dozens of animal partners may be a mere mere salary, but it makes a lot of sense. Although the overall positioning is a casual game, some players’ enthusiasm for the game has spawned a “krypton gold” system. Some players will buy real gold and silver for rare animal partners or items, and some people will even sign up to others. Islanders charge fees. This distorted the original intention of the game in a sense.

PokéNinja said: “I hope that what I do can encourage more hackers to come forward and make some positive contributions to the game. The time I spent on this is worth it.”