400 million should buy a used car yet? The following car buying advice will provide the entire used car price of 400-500 million worth buying for your reference.

However, 400 million of new cars can only buy small A-class models with limited performance. As for the B-class car, you can only buy the low-end versions, the manual version with “poor” equipment.

Meanwhile, if buying a used car of VND 400 million, the buyer will have many attractive options. Specifically, the B-class cars, even the C-class cars, have been used for less than 4 years. There are also many cars 5 seats high ground or another 7 seats.

According to the survey, the market of used cars in Vietnam currently has many 4-5 models of old cars with the price of 400 million years of use under 4 years, buyers can refer to:

Mazda 2 is one of the B-class cars that is highly appreciated in terms of design, Japanese engine runs well – fuel economy, modern equipment inspired by luxury German cars … The downside of Mazda 2 is vehicle space is not as spacious as the cars of the same segment, especially the rear seats are quite small, sitting 3 adults often uncomfortable.

Although Japanese cars, but the price of old Mazda 2 is quite soft. Buying a used car of 400 million, a buyer of Mazda 2 can choose a relatively new car model from 2016 to 2017, with more difficulty in “hunting goods” than can choose a car to surf 400 million. 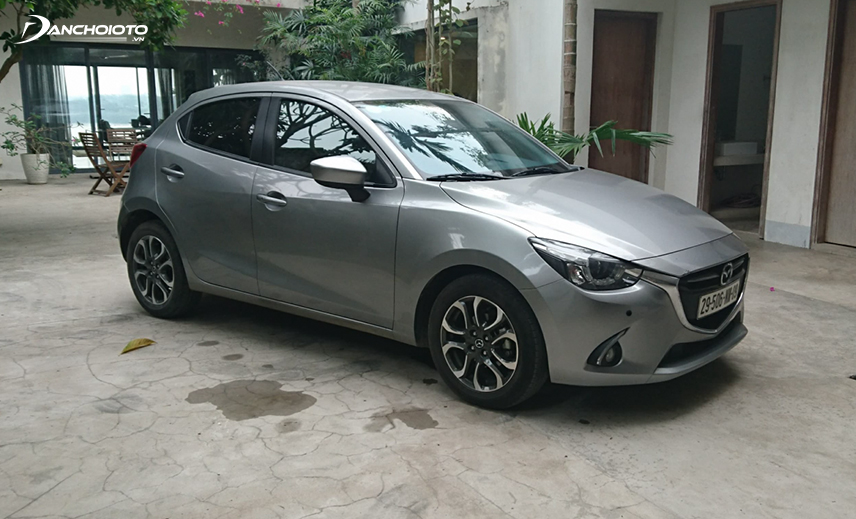 In the old model cars priced at 400 million, experts rated the old Suzuki Swift as not high. Because although the car is equipped with a 1.5L engine, the capacity is quite low, below 100 horsepower. This is a major operational disadvantage of this model.

Most people buy Suzuki Swift cars mainly because of their stylish design, classic style and modernity, inspired by the luxury car Mini Cooper. In terms of practicality and economy, the old Suzuki Swift car is not the best choice. 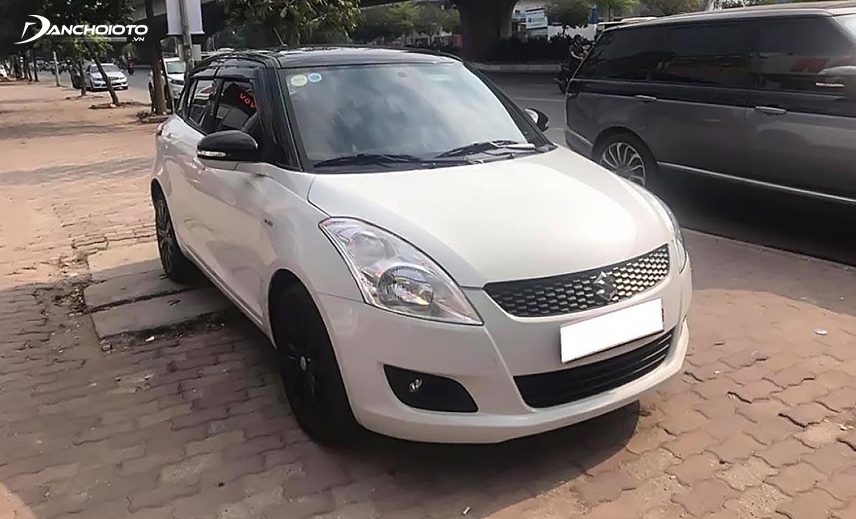 As a successful model of the American car company in many other markets, in Vietnam Ford Fiesta is not very popular. Currently, Ford has stopped selling new Ford Fiesta cars in Vietnam.

If you are an American car fan, want to have a car for family transportation, the old Ford Fiesta 2016 – 2017 hatchback will be a good suggestion. Old Fiesta car prices fluctuate in the range of 450-500 million. However, because new cars are not popular, old Fiesta cars are also quite rare. 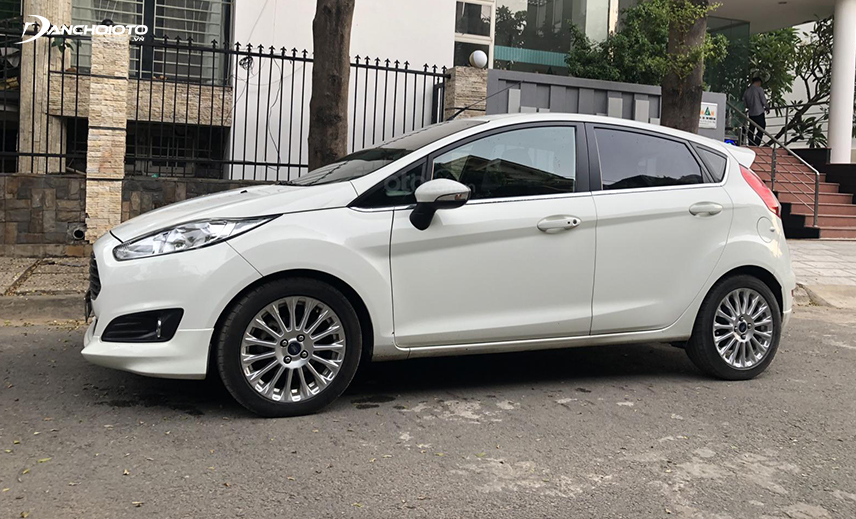 Kia Rio is a cheap B-class car of the Korean automaker – Kia. The advantage of the old Kia Rio is that the equipment is “richer” than many cars in the same segment. Currently, the new Kia Rio model has stopped selling in Vietnam, so the old Kia Rio price is quite cheap, only about VND 400 to 500 million. If you are not sure what 400 million car to buy, Kia Rio is also a option to consider.

Along with the Toyota Vios, the old Honda City is considered the most worthwhile choice for the question of what used cars worth under 500 million. The old Honda City oto also has many outstanding advantages of Japanese cars such as: sporty design – durable, spacious interior – comfortable, powerful engine, durable operation – less broken, wasted. Low fuel, ability to keep prices high when reselling … 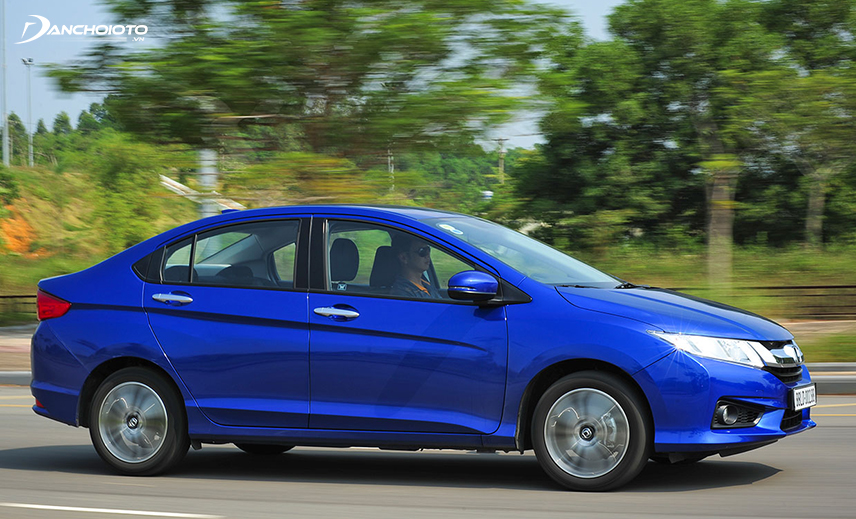 In particular, comparing City and Vios, the styling of the old Honda City cars 2015 – 2016 is somewhat masculine, more powerful, the engine gives higher performance … Many users consider the old Honda City to bring a sense of driving sportier, more excited than the benign nature of the Vios.

If asked 400 million should buy the best used car, the most economical, the answer is the old Toyota Vios 2015-2016. It is not natural that Toyota Vios has become the best-selling car in Vietnam. According to experts and users, Toyota Vios is really a high-economical model, good exterior design, large Vios vehicle size so the interior is extremely spacious, the engine is strong enough, durable operation – less broken things, maintenance costs – replacement of spare parts, fuel savings, ability to keep a good price … 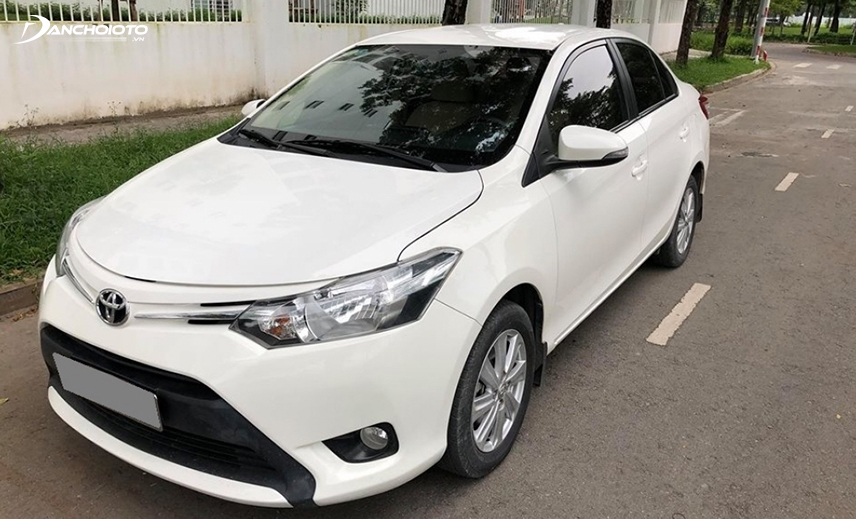 If you are not too high in terms of equipment, buying a Vios 400 million is the best choice. With 400 million, if you buy the new Toyota Vios you can only buy the floor version (the price is more than 500 million), but if you buy the old Vios can choose the high version, fully equipped with the price range from 450 – 490 million copper. 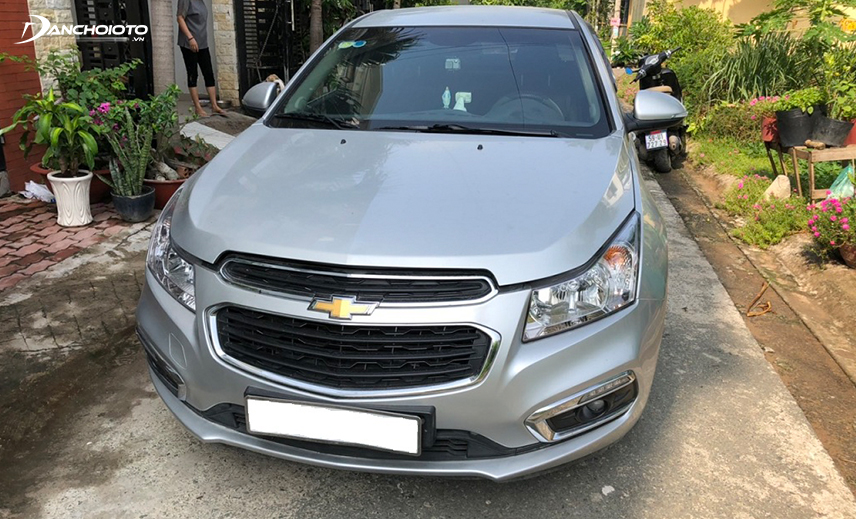 Hyundai Avante is also one of the few C-class cars with an old car price of about VND 400 million. Old Avante cars 2015 – 2016 are equipped with 1.6L engine capacity for high performance. As a Korean car, many people consider Hyundai Avante car to be faster than Japanese car. However, with 400 million, buyers can choose Avante 2015 – 2016 life only use from 3-4 years so the car is quite new, the problem of the machine down is not worrying. 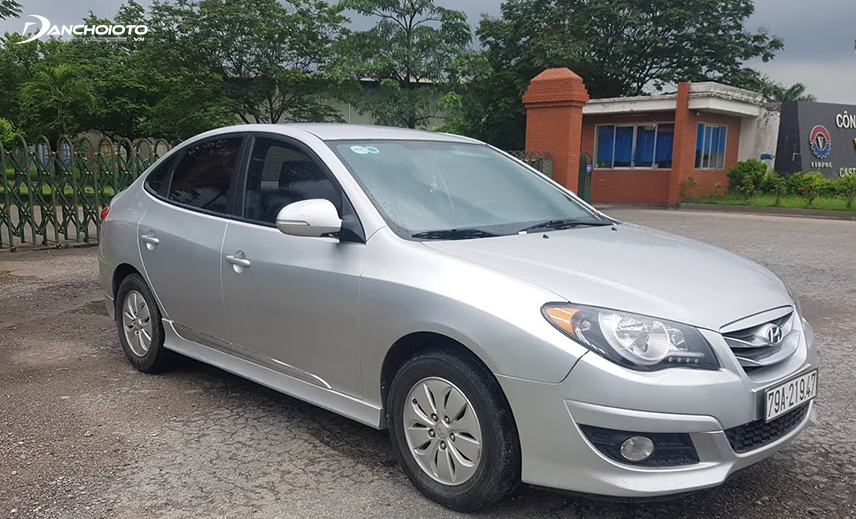 Among the 400 million used cars from 5 to 6 years old, most are C-class sedans / hatchbacks. The only special case is the old B-class Toyota Yaris.

Of the past 400 million used cars from 5-6 years above, the old Toyota Yaris is the only B-class model. While the other options all have 1.6L to 2.0L engines, the Yaris only comes with a modest 1.3L engine. 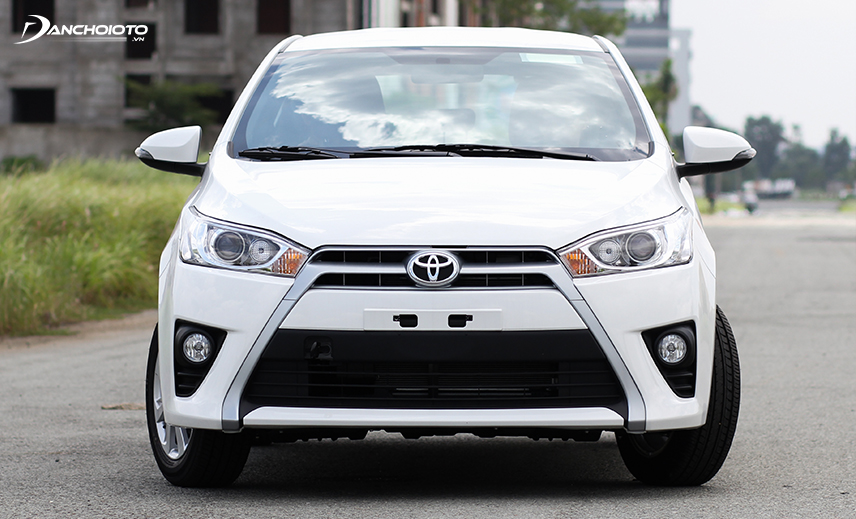 According to experts assessing the old Toyota Yaris, although this is a Japanese Toyota, it has many advantages in terms of durability, fuel economy, ability to hold the price … but generally in terms of practicality and the economy is clear that old Yaris cars are not the most worthwhile option if you’re wondering what 400 million to buy.

Kia Cerato is one of the cheapest C-class cars in the segment. Therefore, the price of old Kia Cerato is also quite cheap. 2013-2014 car price is only from 400, 450 million. Advantages Kia Cerato is a youthful design, modern equipment … The downside of the old Kia Cerato according to many users is that the performance and durability are inferior to Japanese cars. 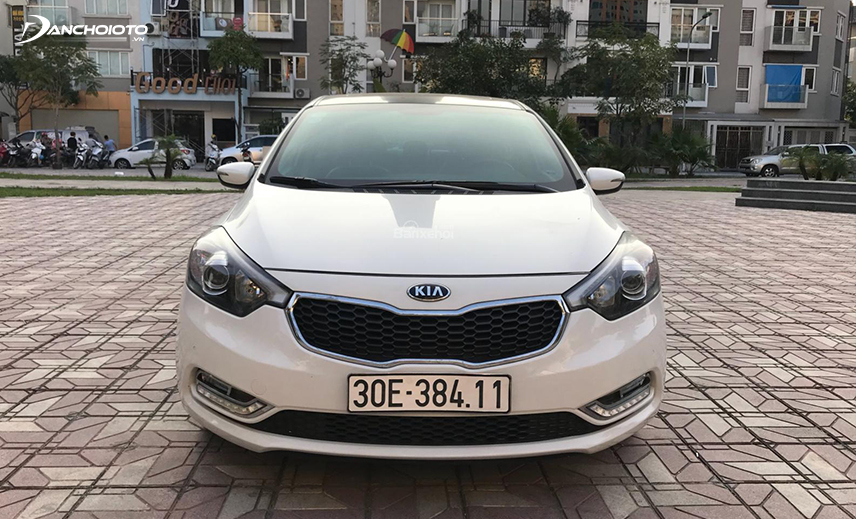 However, when buying used cars cost less than 500 million, you can choose to buy Kia Cerato from 2013 to 2014, the use period of 5-6 years. If you choose to buy a family car, this model is still new, the problem of “getting off the phone” is not too concerned.

Hyundai Elantra is also a cheap C-class car from South Korea. Like Kia Cerato, Hyundai Elantra has great strengths in cheap prices, luxurious design, and “wealthy” equipment … The price of old Elantra cars is quite soft, on par with Cerato. Vehicle engines are also rated for good performance. If not too important Japanese-Korean cars, this is considered a worthwhile option if you plan to buy used cars costing VND 400 million. 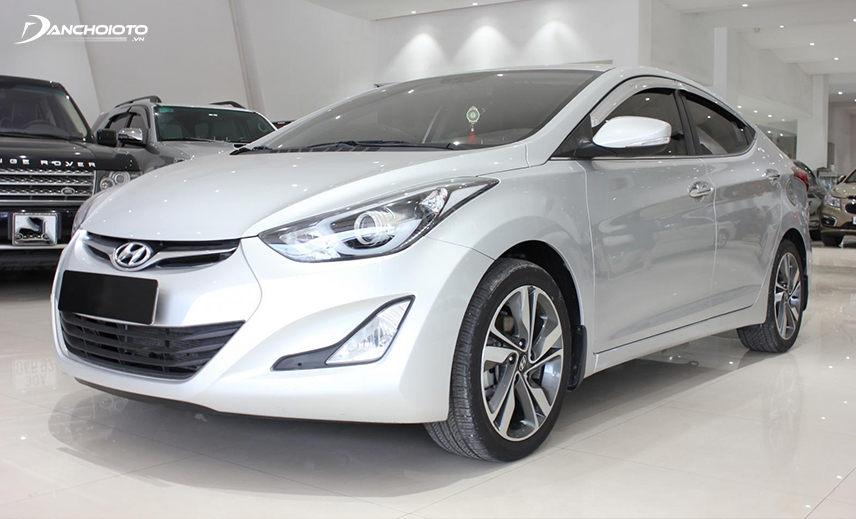 If you want to find an imported hatchback model for your family in the price range of 400-500 million, the old Hyundai i30 from 2013 to 2014 will be a good suggestion. Although it is Korean, however, because it is an imported car, many users consider Hyundai i30 quite quality, durable operation, less broken if well maintained. 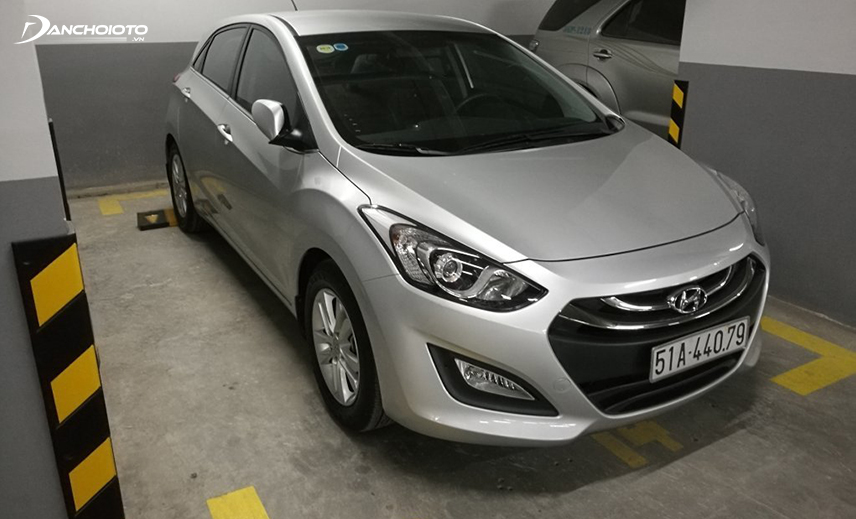 Advantages of Hyundai i30

Cons of Hyundai i30

As a C-class car from the American brand, Ford Focus has strengths in design, operation as well as soundproofing. According to Ford Focus experts, this is a 400 million car model worth buying if you like the muscle, toughness and driving experience of American cars. 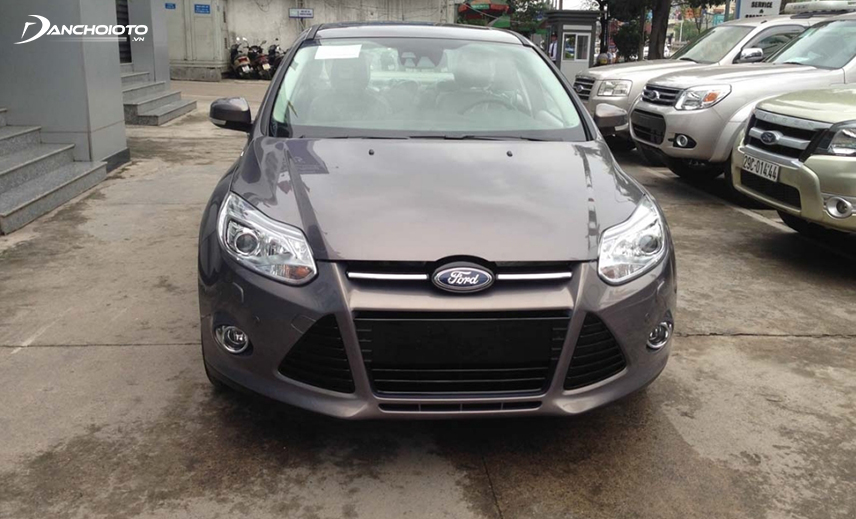 According to experts assessing the Mazda 3, this is one of the most worth buying models list of used cars costing about 400 million. Specifically, the price of an old Mazda 3 is around 450 million. Because in the C-segment segment, Mazda 3 is the only Japanese car. In 2014, the Mazda 3 has moved to the new generation, so the KODO language design department is very beautiful, Skyactiv technology engine for high performance, good fuel economy … Especially, Mazda 3 is also a best-selling car. In the C-segment segment, the number of used Mazda 3 cars on the market is quite large, buyers will have more options. 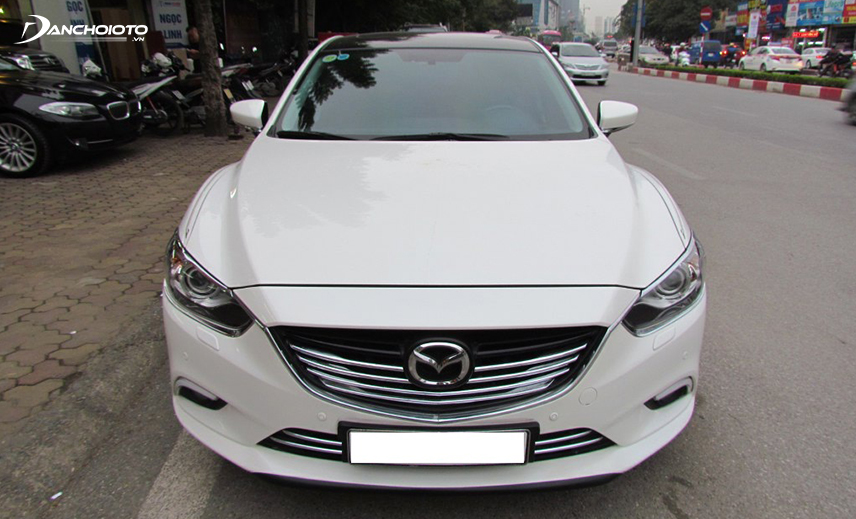 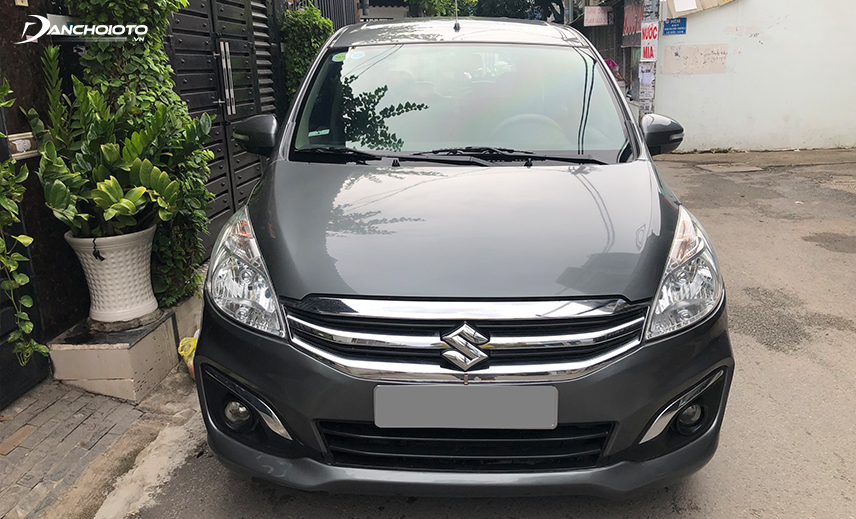 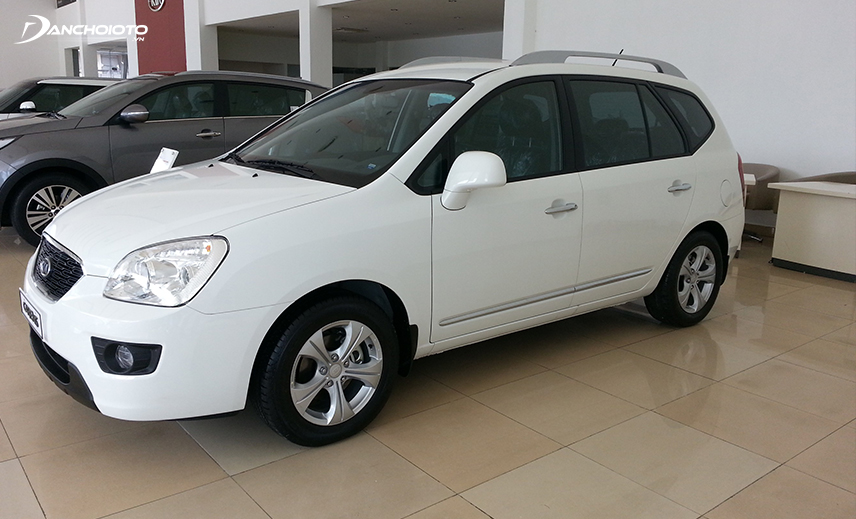 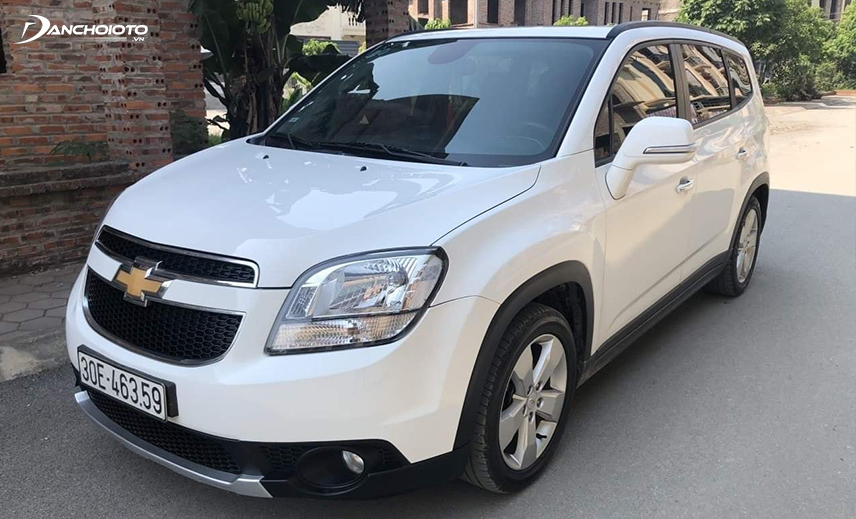 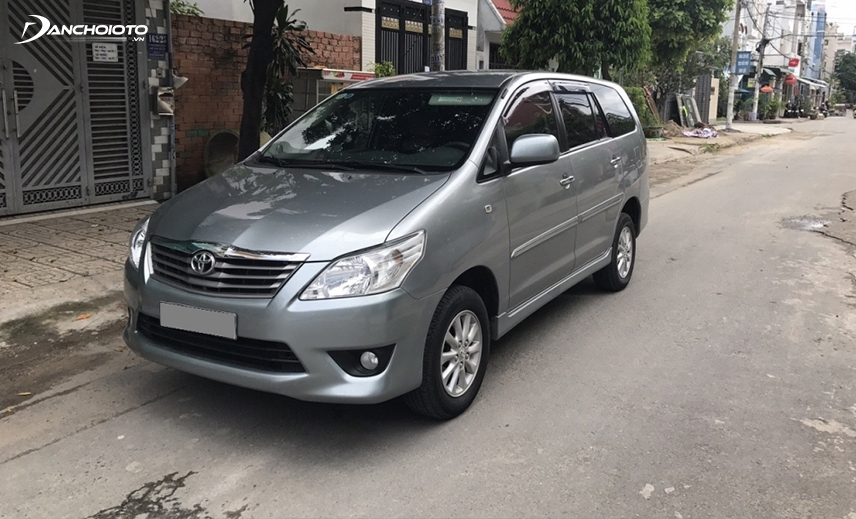 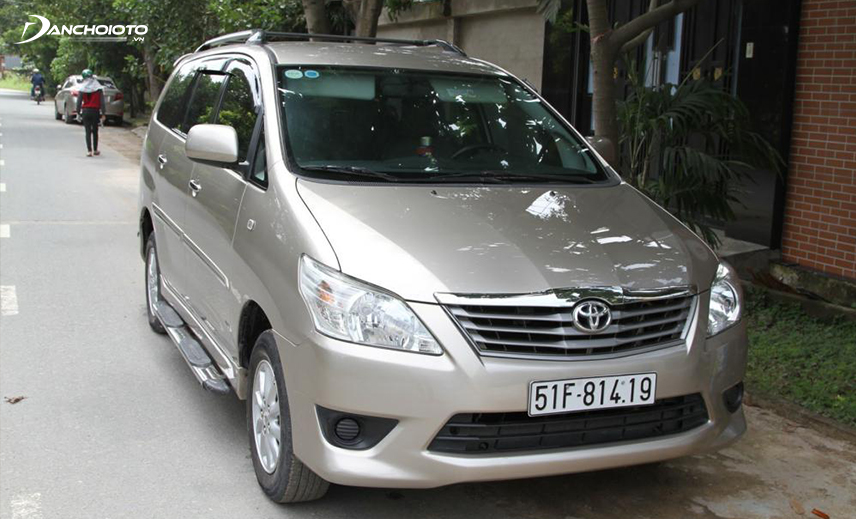