Experts predict that 5G smartphones will only appear sporadic this year and really become popular in 2023.

According to the PhoneArena, The fact that the global smartphone market needs a big incentive to grow again after years of stagnation is not a secret. Mobile device vendors and analysts hope the 5G smartphone and folding screen phones will help the industry move in the right direction and grow at the end of 2019.

However, folding screen phones are still facing challenges in production, while 5G technology is being deployed quite slowly, especially in large markets like the US. However, researchers are still optimistic about deploying new mobile connectivity standards (5G). Market research firm Canalys predicts that by 2023, 5G smartphone sales will surpass 4G smartphones. 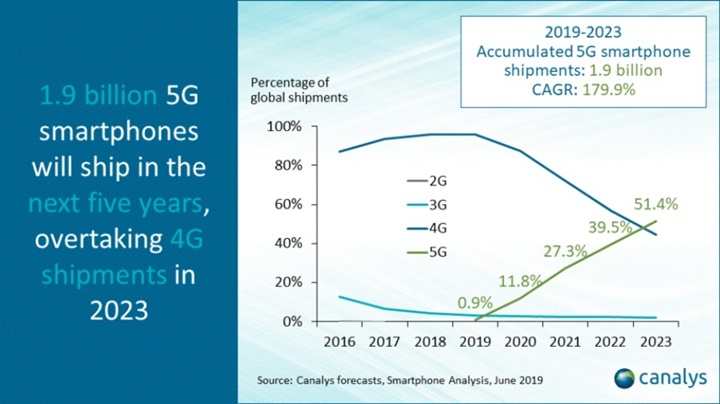 The 5G phone has a slow start. As expected this year, only about 13 million 5G-supported smartphones are sold, accounting for 0.9% of the mobile market. Currently, 5G smartphone models on the market can count on fingertips like LG V50 ThinQ and Samsung Galaxy S10 5G. Galaxy Note10 and some other Samsung products, Nokia will also support 5G when officially released later this year. 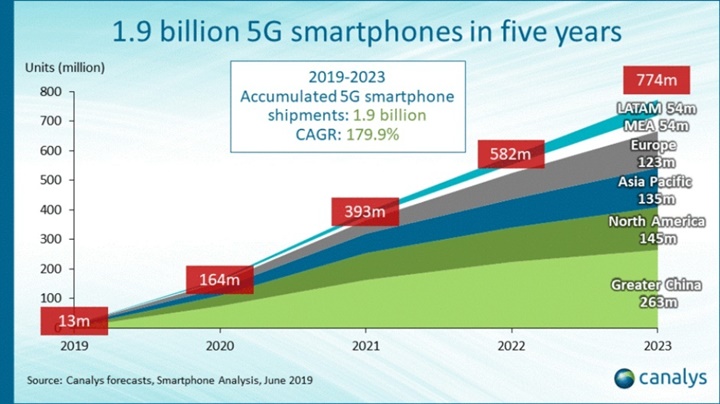 We all know that Chinese smartphone vendors and telecommunications equipment providers are at the forefront of the 5G revolution (they have been faster than rivals from the US in many respects). The government is also playing an important role in establishing and accelerating next-generation network deployment. With these advantages, no less than 62.7% of handsets sold in China in 2023 will support 5G.