36 Krypton learned that Xiaopai Technology received US$20 million in Series B financing. Investors include industrial funds and institutional investors such as Creative East, Tellhow Group, Ivy, and Broad East Group. Ren Pan, CEO of Xiaopai Technology, said that this round of financing will be used to promote the development and manufacturing of new products, further expand overseas markets, and continue to enhance Xiaopai’s brand influence on a global scale. Xiaopai Technology held a successful financing conference this afternoon and a domestic offline tasting meeting for the new flagship 8KX product.

Xiaopai Technology was established in 2015. It is a VR hardware product development, production and experience company. It has series of products such as Xiaopai 8K and Xiaopai 5K, focusing on high-performance PC VR headsets.Xiaopai currently has 16 world-leading patented technologies and 10 patented inventions under review. A major advantage of its VR headset is its good screen performance, which can solve problems such as lattice feeling and smear. Product weight and product ergonomics enhance user experience.

Xiaopai’s latest Vision 8KX headset belongs to the top PC VR of the 8K series, with a resolution of 2*3840*2160 and a field of view of 200°.High resolution, dual displays and wide viewing angles provide a visual experience close to the human eye, and low latency greatly enhances the immersive experience. According to Ren Pan, on the basis of solving the problems of vertigo, 6 degrees of freedom and mass production in the past few products, the biggest feature of 8KX is the use of native dual 4K screens, which further eliminates the screen window effect and has a new breakthrough in refresh rate. . In addition, the newly added modular headphone headband and comfort kit, as well as the anti-leakage design of the nose, optimize the ergonomic design. 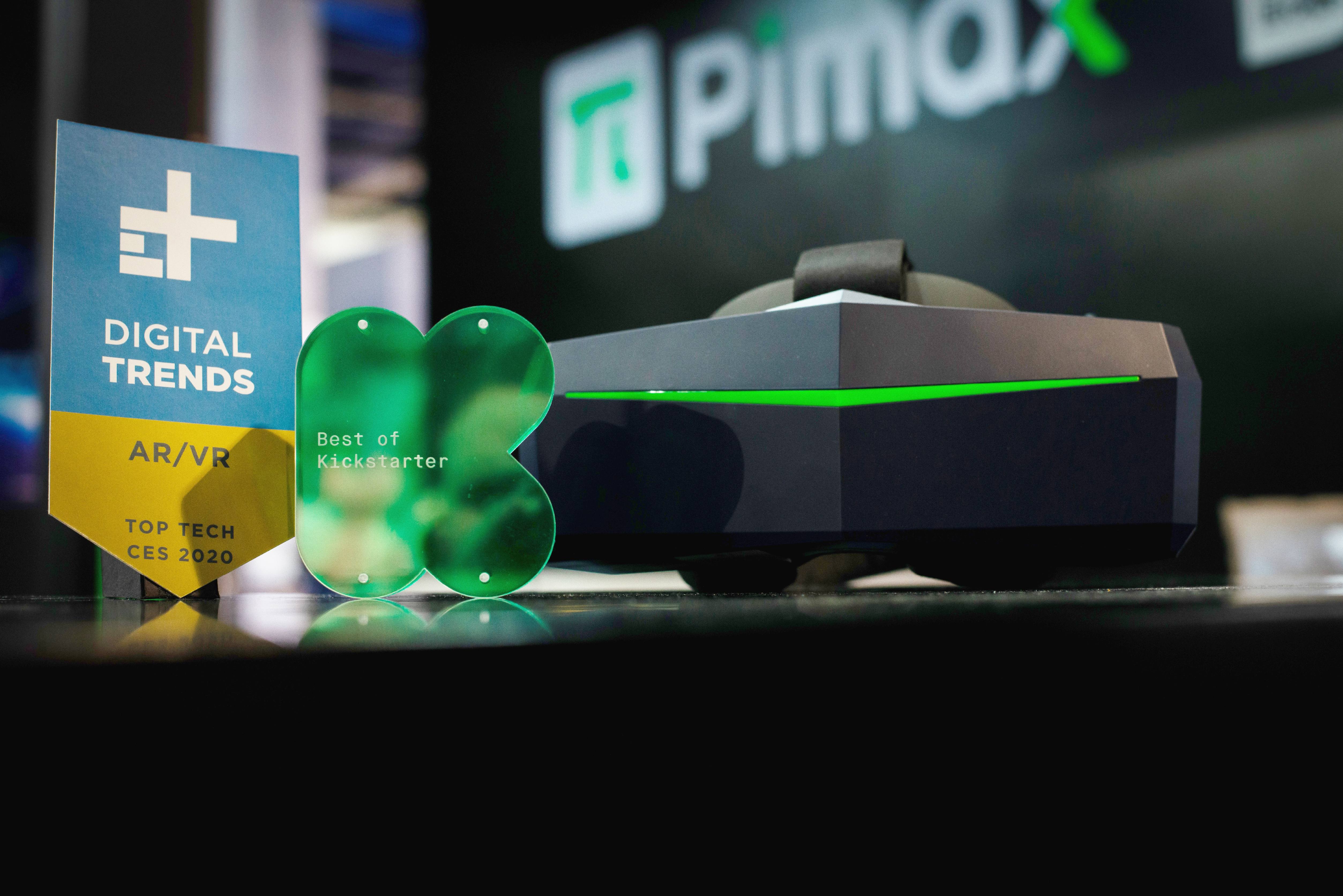 According to Goldman Sachs’ forecast, the global VR market size standard is expected to be US$80 billion in 2025, of which the hardware market is US$45 billion and the software market is US$35 billion. Data shows that Oculus and HTC’s VR headset revenue in 2019 ranks among the top two in the world. In China, VR headsets are currently the first market segment, accounting for about 60% of the overall market share. In this track, Xiaopai is a leader.

According to statistics, Xiaopai Technology’s products have been sold to 72 countries and regions around the world. Through the data comparison of Google Trends, it can be found that Xiaopai’s global brand influence and search popularity are basically the same as those of VR industry giants Oculus and HTC Vive.

According to different supported platforms, VR headsets are divided into PC VR/all-in-one VR all-in-one types. The PC VR is connected to a PC, and the VR all-in-one machine has an independent processor and can perform independent operations.Ren Pan said that at this stage, Xiaopai is mainly doing PC VR. Based on the Steam ecosystem, PC VR has the widest range of applications and scenarios, and is suitable for designers, gamers and other users.Although all-in-one VR is convenient to move, in addition to the computing power bottleneck, the more important problem is that there are fewer applications for users to play at this stage and the experience is poor. When the VR content ecology is gradually improved, the all-in-one will usher in development.

In terms of market strategy, in addition to the main high-end VR headsets, Xiaopai also owns Artisan, 5K Plus, and other cost-effective products that are less than 5,000 yuan. Different series and products form a high, medium and low mix, and they are sold through self-operated e-commerce platforms. It is reported that the company’s operating income has maintained a growth rate of more than 50% for three consecutive years. As overseas users have higher acceptance of high-end VR headsets, Xiaopai’s C-end market is mainly overseas, distributed in North America, Europe, Japan and South Korea and other countries and regions. On the B side, Xiaopai’s VR headsets are used in simulation design, VR parks, cultural tourism experience, safety education, etc., participated in the preparation of Nanchang VR Innovation Center and VR Experience Center, and cooperated with German Volkswagen, BMW and other global top 500 Enterprises cooperate. In addition, Xiaopai also established a solution company in Hangzhou to provide VR solutions.

As for future planning, Ren Pan said that as a display device, the display effect of VR headsets is related to bandwidth and content resources, and compatibility with other software, hardware and content must be considered. With the development of 5G and the content industry, the VR industry will usher in new opportunities. Xiaopai will continue to reserve and innovate hardware technologies, lead industry standards, lay the foundation for the entry of upstream and downstream content companies and application companies in the industry, integrate AR and other technologies to form a complete ecosystem and redefine the business model in this field.

In terms of team, Xiaopai has more than 120 people from China, Silicon Valley, Europe and other places. R&D personnel are mainly from the VR, mobile phone, and game industries, including Changjiang Scholars and Google AR/VR Academy Research Award winners.

[New Technology Entrepreneurship 2017 ⑩]Xiaopai Technology: A round of financing has been completed, and we hope that sales in 2018 will exceed 100 million yuan

Update: Xiaopai Technology has completed tens of millions of yuan in Pre-A round of financing, and will launch industry-customized headsets

Post Views: 471 Compared to the previous month, car models at Piaggio dealers nationwide in November 2019 did not have too much fluctuation. Piaggio is known as a famous Italian car manufacturer with many popular time scooters such as Vespa, Liberty, PX, Fly, Zip, Beverly, Medley, GTS Super. Piaggo is loved for its modern, luxurious […]

The US considers adding SMIC, the leading flag of Chinese chip manufacturers to a blacklist – VnReview

Post Views: 40 An official at the US Department of Defense said the Trump administration is considering whether to blacklist the top Chinese chipmaker SMIC amid escalating political and public tensions between the two countries. A spokesman for the Pentagon said the US Department of Defense is working with industry agencies to determine whether to […]