36 Krypton learned that the hand-made lemon tea drink shop “Ling Ji” has recently completed a round of financing of tens of millions of yuan, and the investor is Bytedance. This round of financing will be further used for supply chain optimization.

Using perfume lemon as raw material, the whole product line of Lemon Season focuses on lemon style, including 12 skus including Changsha limited, fruit series, special series, etc. The first store was established in Changsha in February this year, and the current store scale has reached 140+ Home, mainly in Hunan, with a single store’s monthly revenue of 200,000+.

The founding team of Lemon Season stated to 36 krypton that perfume lemons have more nutritious elements and a stronger aroma than the common yellow lemon varieties. It has long been a specialty tea in Guangdong, but it has a richer taste and caters to local eating habits. Ningji wants to deepen the Hunan region. As the first step, it has built its own R&D team, adjusted the lemon tea formula and production method, and solved the problem of heavy food taste and lighter tea in inland cities.

Ningji’s main stores are concentrated in Changsha, Hunan. The founding team of Ningji stated that choosing Changsha as the entry point is that, on the one hand, Changsha has a low cost of living, a large amount of disposable income for young people, and a high willingness to consume, which is a very good growth environment for consumer goods; on the other hand, the tea shop’s Decoration needs individualized space for play, and Changsha will be more tolerant of store layout.

In terms of products, in addition to traditional hand-made lemon tea, Lemon Season has launched Changsha limited cinnamon oil lemon tea and Xiaobozi liqueur lemon tea according to the local taste of Hunan. In addition, there are also fruit series with fruit + lemon formula and beverage + lemon. Special tuning series, etc., the whole line of products is priced at about 15-18 yuan.

Since the emergence of hand-made lemon specialty stores at the beginning of the year, new-style tea brands have successively introduced perfumed lemon products, and quickly made their way out of the circle in a “beating” style. The founding team of Lemon Season said that although the conventional “beating” production method is very shocking in terms of visual effects, it actually releases the bitter taste of lemon. Lemon Season’s choice of rolling production method will emphasize the fragrance of perfume lemon and weaken the bitter taste. .

After the peak season for iced drinks in summer, the limelight of perfume lemon only increased, and there was even a phenomenon of driving up the purchase price of raw materials. The founding team of Ningji said that the current raw materials of Ningji come from Guangdong, Guangxi and other places, and lemons from these areas will perform better in terms of aroma and stability. 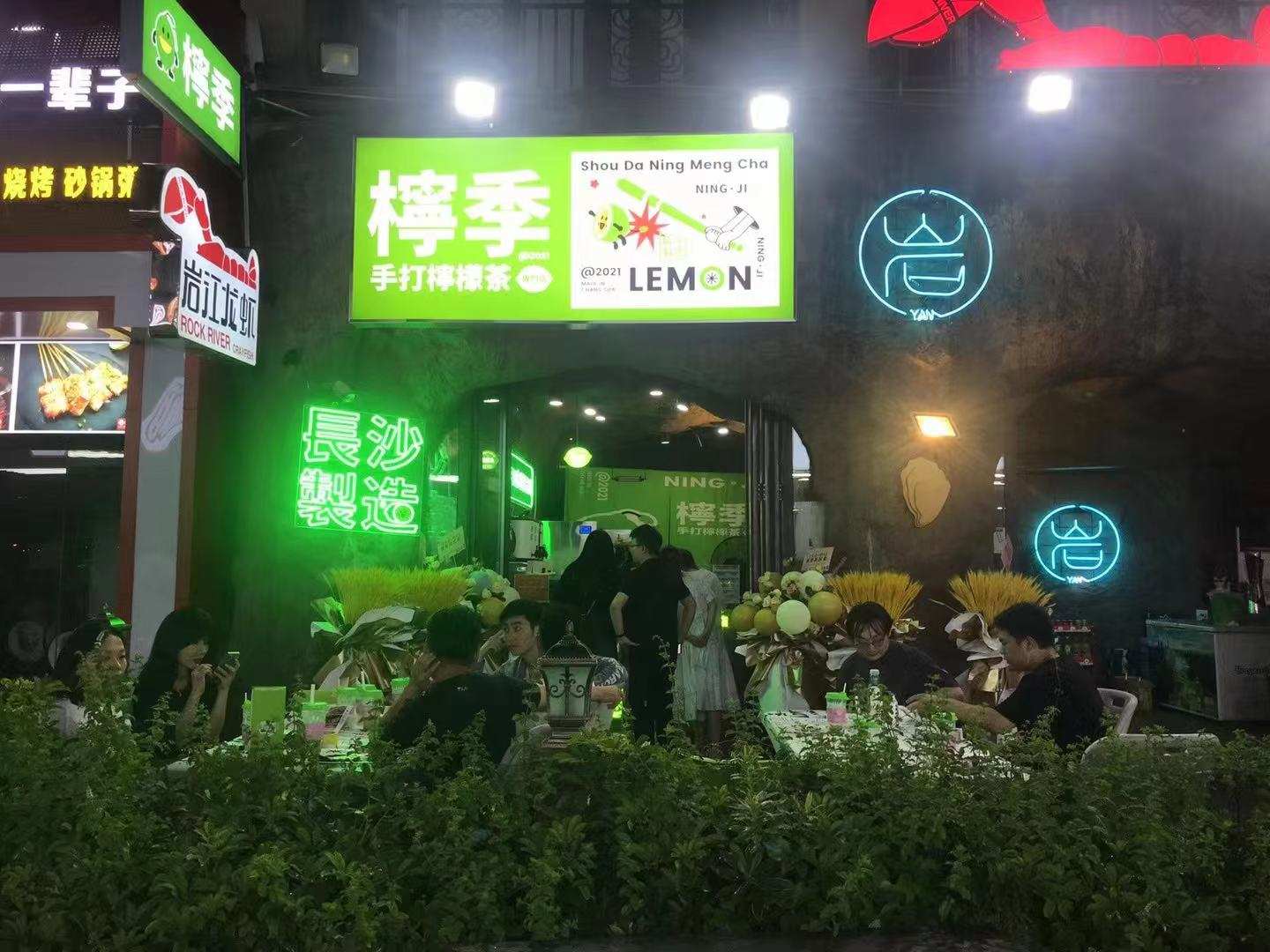 Ningji’s stores are divided into direct sales and franchise stores, all of which are 20-30 square meters of stall stores, distributed in street, business district and other scenes. The founding team of Ningji said that Ningji values ​​store control, and the franchise areas are not open to cities outside Hunan, and all takeaway stores are also directly operated. In July this year, Ningji will open an image store in Changsha and add more peripheral product sales. , And expand experience scenes.

The rapid exit of lemon single products on the tea drinking track attracted new brands such as Uncle Qiu and TANING to enter the game. New tea brands such as Naxue’s tea and hey tea also launched perfume lemon tea single products. The founding team of Ningji said that the entry of the new brand reflects that there is still room for growth in the tea market. In the early stage, Ningji focused on the Hunan region and rapidly scaled up. Compared with new-style tea brands, the consumers of Lemon Season are more of a group who did not like milk tea in the first place, or some incremental consumers who think milk tea has a burden.

As for the team, the Ningji team comes from finance, technology, and McCann system, with a scale of nearly 100 people.