36氪 First Release | Medical Beauty Live is stationed in Kuaishou, “Bianmei Diary” completes tens of millions of yuan in Pre-A round of financing


36 Krypton learned that, recently, Bianmei Diary completed a Pre-A round of financing of tens of millions of yuan, led by Ceyuan Venture Capital, and Lingbo Capital acted as the exclusive financial adviser. This round of financing will be mainly used to build a private domain system and deepen the supply chain system.

At the end of February this year, Bianmei Diary has completed an angel round of financing of millions of yuan, led by Qifeng Capital, and a number of angel investors followed suit.

recently,Kuaishou opened up the local life service e-commerce business, included medical beauty in its category, and invited Bianmei Diary to become the first batch of institutions to enter the Kuaishou service e-commerce and sell medical beauty products live together with experts. On April 17, 2021, with the support of Kuaishou platform, Bianmei Diary and Kuaishou master Xu Shan conducted the first live broadcast of medical beauty on the whole platform. The GMV exceeded 30 million yuan, the order volume reached 14,000, and nearly 5,000 people placed orders. The customer unit price is as high as 6000 yuan.

Up to now, Bianmei Diary has signed full-link authorization contracts with nearly 1,000 medical and aesthetic institutions, covering 144 cities, including new first-tier cities such as Hangzhou, Chengdu, Chongqing, Hefei, and even Lhasa, Xining, Haikou, etc. Second and third-tier cities. The team expects that by the end of this year, the number of cooperative institutions will reach 1,500, covering 200 cities across the country.

The founder Shao Weizhi told 36 krypton,The penetration rate of the Chinese medical aesthetics market is about 2%, which is only 1/5 of that of the United States, Japan, South Korea and other countries. China has a large population base and there will be room for growth of more than 10 times in the future. Light medical aesthetics services lower the threshold for users.Alibaba Health will first create the 818 Medical Beauty Festival in 2020. It is expected that there will be medical beauty category support. Coupled with the rapid growth of live broadcast, the medical beauty industry has entered a live broadcast dividend period.

Up to now, Bianmei Diary has cooperated with more than 500 anchors, including the head anchors “Chonny” and “Yu momo”, as well as the mid-waist anchor “Aomi” with a small number of fans but a high conversion rate. The mid-waist anchors accounted for as much as 90%.

Shao Weizhi said: “The most fundamental thing in the medical aesthetics industry is to solve the traffic problem. The Bianmei Diary will focus on the Internet’s traffic gameplay and promote the integration of medical and aesthetic products through live broadcasts, subverting the traditional pure advertising model. We rely on the existing traffic of Internet celebrities, It only takes four hours to directly convert the live broadcast of the medical and beauty category, and the sales results will come out on the same day. This can achieve the integration of product and effect.” 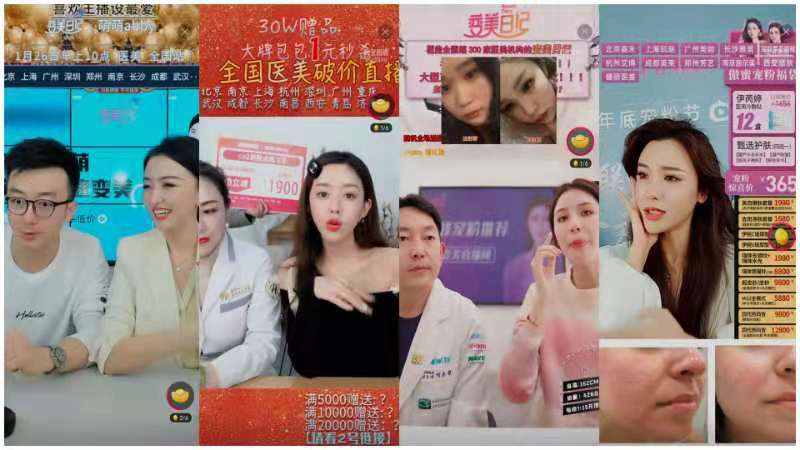 Shao Weizhi said: “The medical beauty products exposed in the live broadcast room are also uniformly formulated by Bianmei Diary, so the products and prices provided by each institution are unified across the country. You don’t need to compare prices, you only need to find the institution closest to your city. The decision-making time is greatly reduced. Because of the right to formulate standards, Bianmei Diary also has bargaining power with merchants and institutions, reducing the product portfolio to the lowest price of the entire network, thereby attracting consumers to place orders quickly.”

In terms of the team, the founder Shao Weizhi has been an entrepreneur for 10 years. He was the co-founder of Qingpu Tourism and the executive director of the former Huajiantang Boutique Hotel. He is a bachelor degree from New York University, a master degree from Columbia University, and a doctoral candidate. In 2017, he became a (YPO) World The young president organizes members in the Greater China region, and has received hundreds of millions of yuan in financing for entrepreneurial projects.