36 Krypton learned that Wenwan Jewelry e-commerce channel brand “Gourd Monster” has completed a seed round of 10 million yuan. The lead investor is Meihua Venture Capital, and supply chain capital in the field of traditional culture has participated in the follow-up investment. It is reported that this round of financing funds will be mainly used for team building and supply chain construction.

Wenwan artwork was originally a traditional industry. Although there is a trillion-dollar market, the population is fixed and small, the information is opaque, the communication efficiency is low, and transactions are limited to small-scale scenes such as tourist attractions and origins. With the development of the Internet, the e-commerce of this industry continues to accelerate, from micro-commercialization to the outbreak of live e-commerce, the transaction efficiency of Wenwan Jewelry has been effectively improved.

“Hulushou” was established at the end of September 2020. It is an e-commerce channel brand of Wenwan jewelry that cuts in from female users. Founder and CEO Xu Jianzhong introduced to 36 krypton that traditional online online games are dominated by male consumer groups, and other channels are mainly operated from their perspective. However, with the rise of spiritual and cultural consumption, the potential of female groups cannot be ignored. They have their own unique aesthetics, but it is difficult for existing products to meet their needs.

Focusing on the preferences of female users aged 25-55, the initial “Gourd Beast” created differentiation from various aspects such as category, product group design, transaction gameplay, and page style. At present, “Gourd Beast” has reached cooperation with nearly 1,000 suppliers in 13 major industrial belts across the country to provide consumers with traditional cultural products such as jade, jewelry, bead strings, and tea.

Another major feature of female users is that they pay more attention to their own growth. In response to this part of the demand, “Gourd Beast” also offers traditional cultural courses such as floral tea art and cultural appreciation. Xu Jianzhong said that the founding team has a wealth of traffic resources that are not covered by existing jade jewelry players. New gameplay and new traffic are the main reasons for the successful cold start of the project.

“The core of the Wenwan jewelry industry lies in user cognition.” Xu Jianzhong believes that in the field of cultural and spiritual consumption, commodities themselves are multi-dimensional, selling not only “goods”, but more importantly, spiritual enjoyment. In addition to transactions, “Gourd Beast” is also doing traditional cultural education, hoping to let more people feel the charm of national culture and enhance the aesthetics of the industry, so in the future, it will also consider offline activities such as study tours and museum visits. 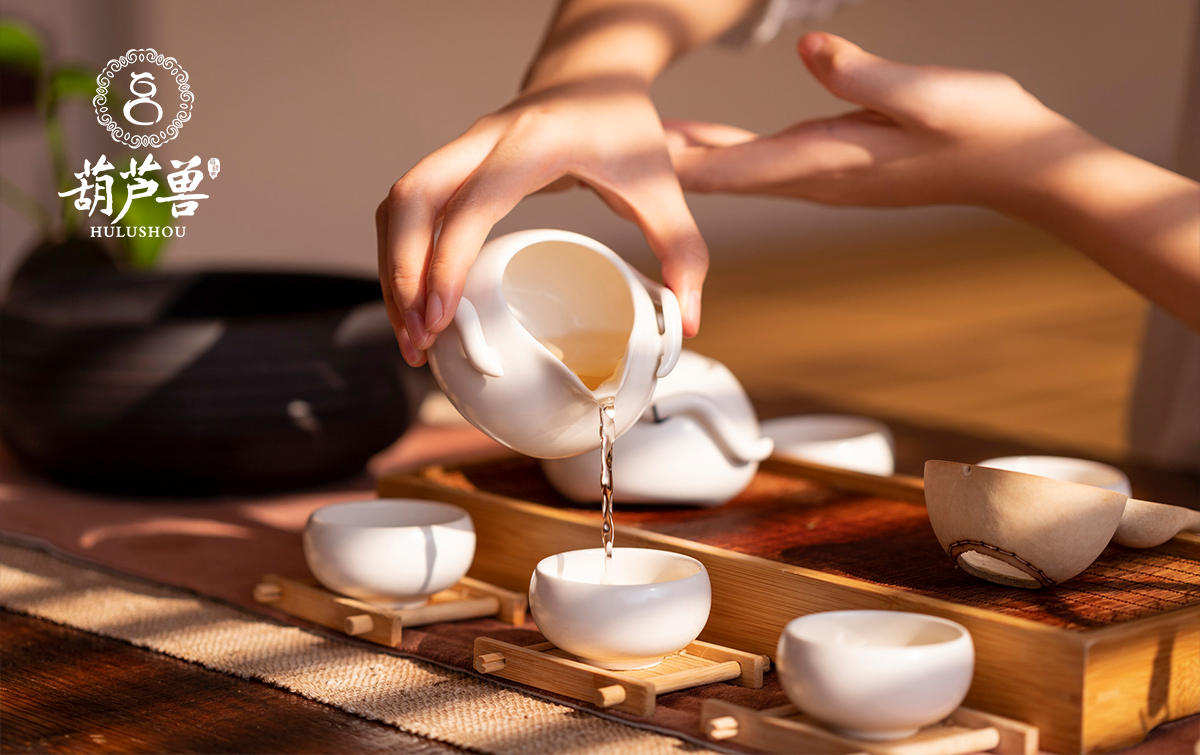 In November 2020, “Gourd Monster” developed the first version of WeChat Mall, and the app is under development. At present, users can search for “Gourd Monster” official account to enter the mall through WeChat. In Wenwan jewelry transactions, there are two ways: self-operated and merchants settled in. Among them, dozens of high-quality merchants have cooperated. After 3 months of launch, the team developed private domain traffic through Douyin, Xiaohongshu, and video accounts, and completed multiple live broadcasts.

In the trading link of Wenwan Jewelry, the Internet solves the problems of difficulty in pricing and identification in traditional industries. In the next step, “Gourd Monster” will build its own warehouse and provide users with identification services from the source.

Wenwan jewelry category is relatively special, which is one of the few areas where vertical e-commerce can develop. The e-commerce operation of this category puts high demands on the team, not only understanding the cultural and jewellery industry, but also having Internet experience. Xu Jianzhong said that such a team is inherently scarce.

The founding team of “Gourd Monster” comes from large-scale Internet companies such as Baidu and YY, and has many years of experience in the Wenwan jewelry industry, and has rich resources and trading experience in terms of distribution, industrial belts, merchants, and communities. “Gourd Monster” is headquartered in Hangzhou, with a team of more than 30 people and is still expanding.