The router is an important source of data in the home. Computers, laptops, tablets, and phones all use routers to transmit data to websites around the world. This naturally makes routers a lucrative prey for hackers looking to steal information.

Here are some ways hackers can attack home routers with malicious intent.

How can hackers attack home routers?

1. Put the router into the botnet

ZDNet.com reported that the hackers would infect the home router with botnet malware, which would then be used in DDoS attacks against the web server. A user infected with malware may not even realize that his router is being used in such digital attacks.

The botnet case is very special, because the fix is ​​extremely simple: Just restart the router. However, the vast majority of people never touch the router unless there is a connection problem, meaning that the malware hasn’t been removed for a long time.

How do I avoid the router being put into a botnet?

If you are concerned about your router being put on a botnet, be sure to update your router’s firmware regularly. You may need to check your router’s manual to learn how to do this. Aside from that, regularly restart your router to make sure nothing is hidden inside. 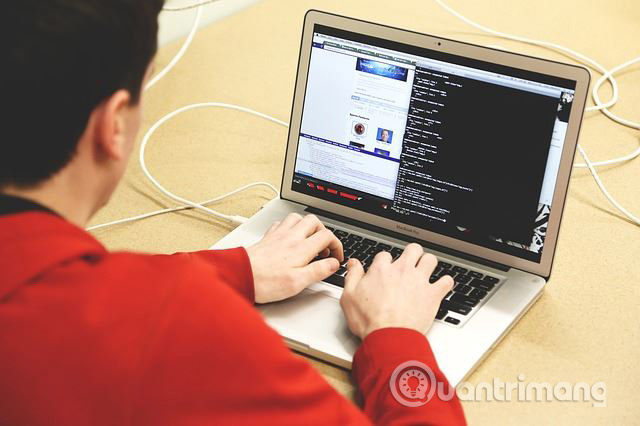 Since routers are home data centers, they become a primary target for hackers. Thus, if a hacker has access to the router, they can track or steal as the data passes. If you have IoT devices or networked hard drives, hackers can access them if you don’t have the right password set up.

This sounds frightening, but is unlikely to happen. Ideally, the hackers will be within WiFi range of the router, meaning they should be quite close together.

How do I avoid unauthorized access and use of the router?

If you live in a densely populated area, protect your device properly. A lot of modern routers have abandoned the old standard, using both the default username and password “admin”, But also check to see if the password of the router has been hacked.

Also check to see if the firmware is up to date. Otherwise, hackers could break into the router without any username or password!

3. Change the data passing through the router

If hackers don’t want to access the router or use it for private needs, they can redirect users to fake websites. This phenomenon is known as DNS poisoning or spoofing and involves altering the router’s DNS cache, which then sends users to the incorrect website.

DNS cache is like a phone book for the Internet. It stores the names and IP addresses of all the websites you have previously visited. DNS poisoning works by sneaking into this directory and changing the real IP address with a fake one. For example, a hacker can change the entry Amazon.com in the DNS cache to redirect away from the real Amazon site and to a fake website designed to look real.

How to avoid changing the data through the router?

When using the Internet, keep a close eye on where you enter details. Typically, websites that require login details use an HTTPS certificate to encrypt your login details. A fake website doesn’t have this protection. That is an important sign of awareness if you pay close attention. If you see your router is redirecting you to a bad website, try changing your router’s DNS.

The router has become a home data center in the modern world. This makes them a prime target for hackers stalking the opportunity to steal information from victims. Thankfully, there are ways to stay safe before router-based attacks take place.

When was the last time you restarted your router? What steps have you taken to ensure the safety of your router? Please share your comments in the comments section below!

Tough business, LG had to liquidate its headquarters in China for more than $ 1.1 billion – VnReview

Post Views: 92 South Korea LG Group is about to complete the liquidation of the twin towers based in Chaoyang District, Beijing, China. This is an action to increase liquidity in the difficult business period. According to Yonhap news agency, LG Group, the fourth largest economic group in South Korea, has announced the decision to […]

Explore the process of turning wastewater into beer in the US

Post Views: 11 Turning sewage into beer may sound creepy and unsanitary, but it’s true in America. With the goal of turning wastewater into beer, the Arizona state government, USA has used a portable wastewater treatment plant (a container with filtration equipment installed) to collect and recycle wastewater right in the transport process. to factories […]

Post Views: 388 Recently, some photos of the Cruiser Benelli 502C car were shared on the biker community with a few “offers” of Benelli Vietnam that made its fans “flutter”. Previously, since March 2019, there were a number of rumors about this car set foot and was pounded in Vietnam to register. However, after 4 […]