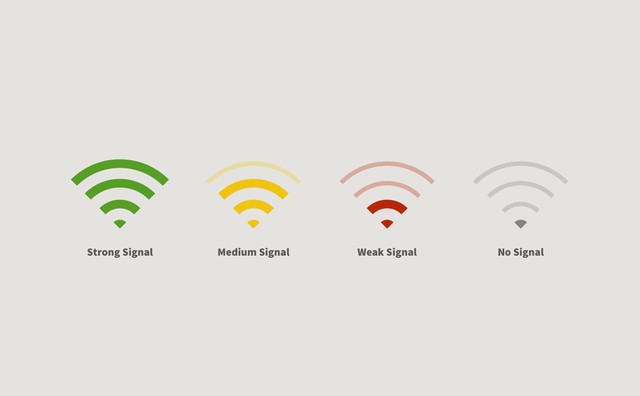 Surely you will be very upset when you are fighting a noisy game or plowing movies but suddenly the network is slow, interrupted, lost your Wi-Fi connection … right? So, how to avoid Wi-Fi congestion? Except for force majeure such as “shark bite cable”, let’s refer to some ways that can help improve Wi-Fi speed below.

Just like laptops and cell phones, routers work with its own software. The router’s software is called a firmware because it is tightly linked with the hardware (manufacturers pre-install and configure the device before the device reaches the user). Device manufacturers don’t usually release updates to router firmware, but many do offer new versions of software that can be downloaded for use by users. These new versions have been corrected, complete with bugs present in the old version, and may also include performance upgrades and additional support for other new devices on the market.

Go to the website of the router’s manufacturer or Internet service provider. Use other search engines (eg Google) for the keyword “firmware” + name + model of the router. Installation Process: Open “Setting – device settings” on the computer -> Select “Option – option” which allows installing the update from the downloaded file on the hard drive (usually a zip file).

Change the wireless channel or frequency band of the router

To do this trick, your router must have settings that allow modifying channels (channels) under the heading like Wireless or Advanced (advanced).

Most routers use channel 6 by default. If you want faster Wi-Fi performance, switch to another channel with fewer devices to access, including channels 1 through 11. All These Wi-Fi connected devices also need to connect to the new channel, but most devices will automatically connect without adjusting a name or password. After changing the channel, you should wait a while before using it for the connection to achieve optimal speed.

Another trick is to change the frequency band. Some of the more advanced routers offer two bands: the standard 2.4GHz band and the 5GHz (faster) band. These bands follow the same principle of operation as channels, but when switching bands, the frequency is changed much further, so devices connected to Wi-Fi on different bands will do not affect each other.

If the router supports dual-band, it will usually have two different Wi-Fi networks for users to use. Users can allocate devices for use across both networks, depending on the speed and range needs of each device. For example:

The 5GHz band typically offers faster speeds but a shorter range, suitable for use with devices close to the router. 2.4GHz band with better ability to transmit through wall, suitable for use at mobile devices or away from routers (eg phones). New 802.11a, 802.11n, 802.11ac, or 802.11ad dual-band routers can use the 5GHz band, but most routers made in recent years already support these standards. With both bands, if while using the Wi-Fi speed is below optimal, you can still change the wireless channel (wireless channel) as long as it is in the 5GHz or 2.4GHz range.

To be able to increase Wi-Fi speed, you first need to specifically check the number of devices connected to it. The easiest solution for Wi-Fi to reach maximum operating speed is to turn off devices that are not currently in use, saving a certain amount of costs and ensuring optimal bandwidth speeds.

You can visit websites to check the speed of the active bandwidth (such as Speedtest.net). It is also essential to change the Wi-Fi password regularly. Who knows if your neighbors are using your Wi-Fi. Some routers have a built-in “Quality of Service” (QoS) feature, which allows you to prioritize certain applications (like Netflix) or other types of content (like video) than others. Similarly, there are also some routers that allow you to prioritize certain devices (maybe sibling devices over others). You can check whether your router has Qos or not on the website of the house also provided or in the manual. 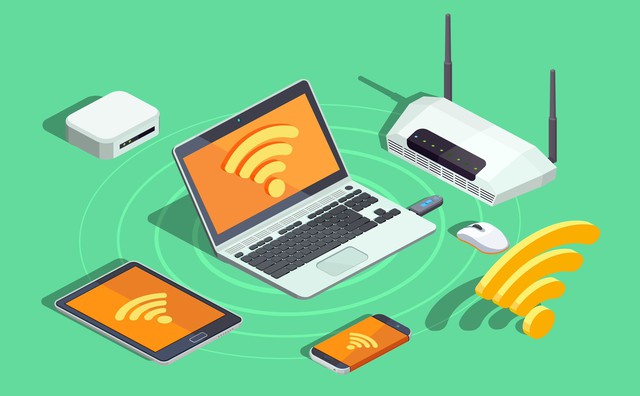 Some other issues to be aware of are the appliances and fixtures that are present in the installation area using the Wi-Fi. Other devices capable of transmitting wireless signals can cause interference to wifi, for example microwaves, bluetooth devices, … Most of those devices use the 2.4GHz band, So you can change the wifi band to 5GHz to improve the speed. In addition, it is also necessary to limit the “obstructions” of the Wi-Fi transmission line, helping to “clear” the area between the router and the Wi-Fi connected device, for example restricting too many objects in the area. there.

According to the Popsci

Post Views: 428 On the evening of April 19, Hi Bye, Mama! (Hi, Goodbye, Mother!) has closed 16 episodes leaving many beautiful emotions. Yoo Ri (Kim Tae Hee) ‘s soul satisfies her desire to be with her, breaks up with Seo Woo (Seo Woo Jin) and vanishes. Thought this was a logical combination, but the […]

Post Views: 53 When looking to buy a school laptop, you don't normally have to worry about getting a powerful machine with the latest processor and a huge amount of RAM like you would for a gaming laptop. However, you will still need to ensure that it has enough specifications to function properly (ie at […]

Post Views: 379 Next to the template KTM 390 Adventure Coming out later this year, the Austrian brand is said to be developing a 250 cc Adventure based on the KTM 250 Duke. This information is posted by a well-known Autocar India site in India. It is known that KTM 250 Adventure was born to […]