23 trillion times higher than when it was born, the difficulty of mining Bitcoin to new heights


Bitcoin mining difficulty has just hit its highest ever, increasing by nearly 6% from the last correction.

“Difficulty” here refers to the resources required to mine bitcoin (BTC). Whether this difficulty rises or falls depends on the total amount of hashrate of the Bitcoin network in a given period of time (the more people involved in mining, the harder the difficulty increases). Bitcoin is programmed to adjust the difficulty every 2,016 blocks, or two weeks, to ensure each new block is mined at a steady rate.

If you consider the difficulty of mining Bitcoin when this digital currency was born as 1, after this adjustment, that difficulty has reached 23.1 trillion, according to CoinDesk data. BTC.com determined that Bitcoin mining difficulty increased by almost 6 percent from 21.8 trillion in the most recent incremental adjustment. 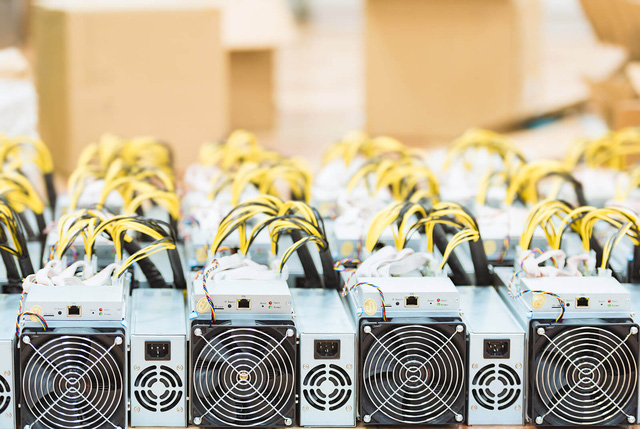 The reason for the heightened difficulty adjustment this time is because tens of thousands of new miners have joined Bitcoin mining, according to Compass CEO Whit Gibbs. “This difficulty adjustment has been foreseen. I believe it is only the beginning of further gains this year and 2022 when previously delayed Bitcoin miner orders are re-delivered. “Difficulty will definitely increase, parallel to Bitcoin price,” Gibb said.

As of the afternoon of April 2, Bitcoin price stood at $ 59,850 / BTC while the market cap reached $ 1.12 trillion. So far, Northern Data AG (Frankfurt, Germany) – a company specializing in providing supercomputer solutions and data center – is considered the largest Bitcoin mining company in the world. The company started Bitcoin mining operations in 2009, then opened mining operations to partners.

To “mine” Bitcoin, people will use computers, usually specialized machines connected to the cryptocurrency network. Their job is to verify the transactions performed by the sender or receiver of Bitcoin.

This process, which involves decrypting cryptos, acts as a barrier to ensure no one can correct fraud in the global ledger that records every transaction. As a reward, miners receive a small amount of Bitcoin.

Speeding up the speed and increasing profits, they often connect large numbers of mining computers into a single network. This process consumes a lot of power because computers have to work continuously to solve the above puzzles. According to the Cambridge Bitcoin Power Consumption Index (CBECI) compiled by researchers at the University of Cambridge (UK), the total energy consumption of bitcoin mining this year could reach 128 billion kWh. This represents 0.6% of the world’s total electricity production.