22:37 Chinese luxury passenger and cargo ships stop at the port and explode and smoke raging. The picture is terrifying 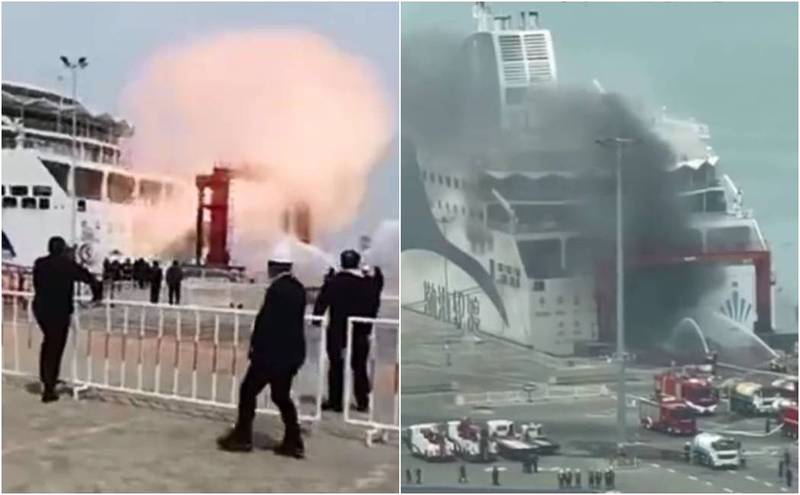 China’s large luxury passenger and freighter “China Fortune” reported an explosion at noon today, terrifying many people. (The picture is taken from Weibo)

[Instant News/Comprehensive Report]A large passenger and freighter in Shandong, China, reported an explosion at noon today (20th). A large amount of smoke burst out of the scene, terrifying many people. Fortunately, there were no casualties.

According to Chinese media reports, at about 11:40 this morning in Weihai Port, Shandong, the luxury passenger and freighter “China Fortune” berthed at the port suddenly exploded, causing violent noises and vibrations, and a lot of smoke bursting out. Firefighters hurried to the scene to deal with the incident after receiving the report. The fire was not completely extinguished until more than 2 pm. The aftermath is still being handled, and the authorities are also investigating the cause of the incident.

According to related reports, the Zhonghua Fortune was preparing to depart from Weihai Port for Dalian, Liaoning Province at 10:07 pm on the 19th. However, a truck in the cargo hold suddenly smoked on the way. For safety reasons, the ship returned to Weihai Port. After returning to the port, the Zhonghua Fuqiang began to evacuate the passengers on the ship, and then sealed the cabin by releasing carbon dioxide in an attempt to isolate the fire and smoke. However, it was suspected that oxygen was injected and a deflagration accident occurred because the crew opened the cabin to check the situation. Fortunately, it had been evacuated earlier. There was no news of casualties for the crew and passengers at the scene.

It is reported that the Zhonghua Fuqiang has a total length of 185 meters, a width of 28.6 meters, a tonnage of 37,000 tons, and a passenger capacity of 2,300. It mainly carries passengers, cars, trucks, etc.; inside the cabin, there are VIP ocean view suites, cinemas, KTVs, outdoor bars, etc. Entertainment and leisure venues. 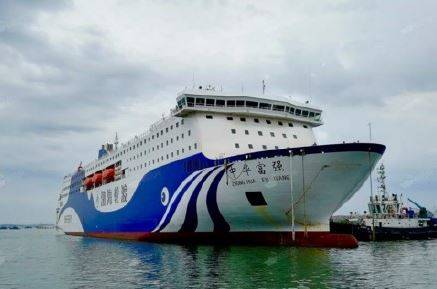 Inside the China Fortune, there are VIP ocean view suites, cinemas, KTVs, outdoor bars and other entertainment and leisure places. (The picture is taken from Weibo) 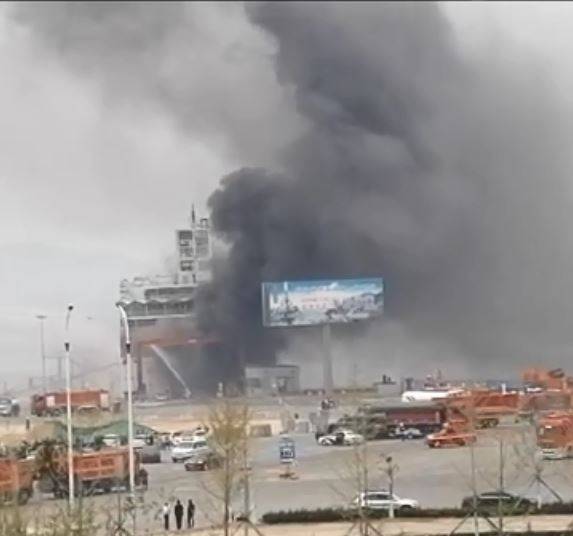 The Zhonghua Fuqiang suddenly exploded near noon, and the fire had not been completely extinguished by 2 o’clock in the afternoon, and a large amount of thick smoke burst out. (The picture is taken from Weibo)