Old computers are often slow and upgrading components such as RAM, CPU and hard drive can alleviate performance problems. However, the best solution to bring new life to your old computer is to install a lightweight Linux distribution.

Linux distributions come in a variety of varieties, so you will have many choices for older computers. If you have an Atom-powered netbook, a Pentium 4 desktop, a Core 2 Duo laptop, etc., instead of removing it, try a lightweight Linux distro for a new experience. This article will introduce you to 17 Linux distributions that bring “new breath” to your old computer. 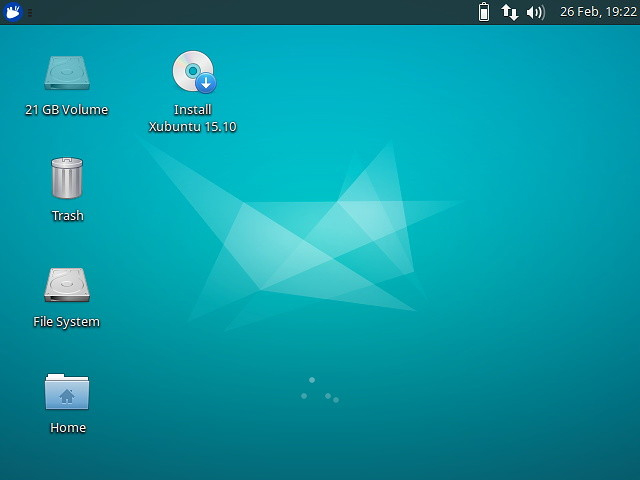 Xubuntu is a derivative of Ubuntu using the Xfce desktop environment. Although Xubuntu is not as attractive as GNOME, it provides a flexible experience. With Xubuntu you only need 256MB of memory and with Minimal CD the size is reduced to 128MB. In addition, it also has an early installation that only requires 512MB of memory.

As a derivative of Ubuntu, Xubuntu has access to the entire Canonical repository. This is a great distribution that provides a range of features and applications with low system resource consumption. 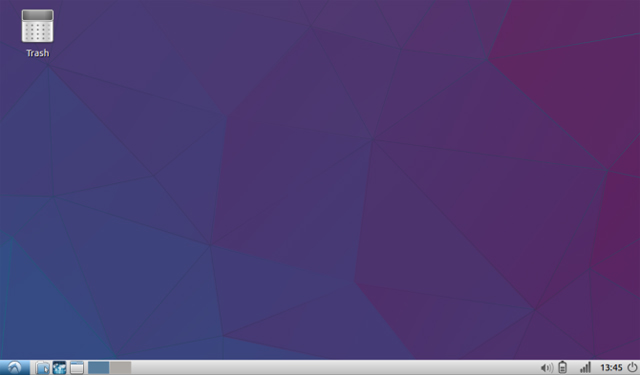 Lubuntu claims to be a “light, fast, and easy to use” distribution. Like Xubuntu it is a derivative of Linux, it has access to the full Canonical repository. Although Xubuntu uses the Xfce desktop environment, Lubuntu is used for LXDE desktop. To install this distribution, you only need 1GB of RAM if you use services like YouTube and Facebook ,, and if you only use programs like LibreOffice and web browser, you only need to use 512MB of RAM.

The minimum specifications for a CPU running Lubuntu are Pentium M or 4 or AMD K8. In addition, Lubuntu has a lot of applications including LXTask system screen, Gnome disk utility and MTPaint. 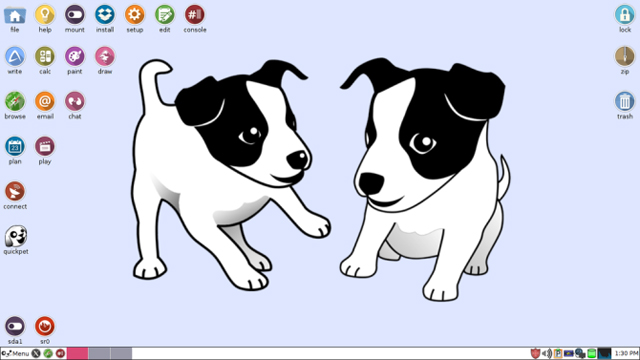 Looking for a fast, easy-to-use distribution, try Puppy Linux, which is the perfect distribution for recovering old computers. Puppy Linux can actually be booted directly from the flash drive or CD. In addition, Puppy Linux can even “live” in memory and the boot time usually takes less than a minute, even on older hardware. The default ISO is about 100 MB and OpenOffice is less than 300 MB (about 256 MB).

Puppy Linux is an excellent distribution, with both a full installation and a live CD used for client computers. You can even use Puppy Linux to remove malware. 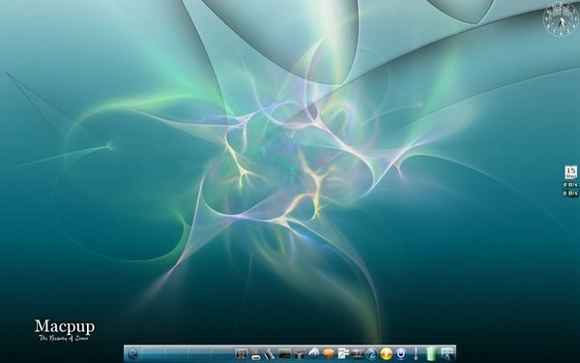 Macpup Linux is a derivative of Puppy Linux so it has similar features. Macpup is small enough to run in RAM, but it is still an official and complete distribution. It includes a range of office applications, multimedia and graphics applications that help turn your old computer hardware into a new computer. Macpup Linux is compatible with the Ubuntu Precise package and even contains Precise Puppy similar applications with Firefox. 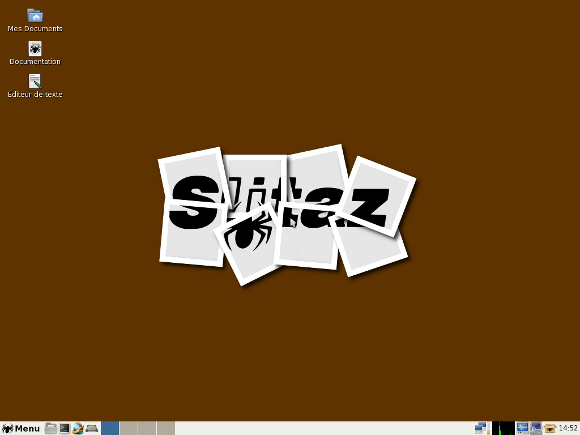 If you’re looking to rejuvenate your old computer, try SLiTaz. Although this Linux distribution is lightweight, it still has high security features. To maintain high performance, SLitTaz uses Linux Kernel and GNU software. Because the feature can be installed on traditional hard drives, SliTaz is perfectly suited for live CDs. In addition, SliTaz can be used on everything from old computers to servers or even a small ARM device like the Raspberry Pi.

The original file system is only 100 MB and the ISO image is smaller than 40 MB. Other features include an FTP / web server supported by Busybox, Dropbear SSH client, SQLite and an easy-to-use Openbox desktop running on Xvesa / Xorg. 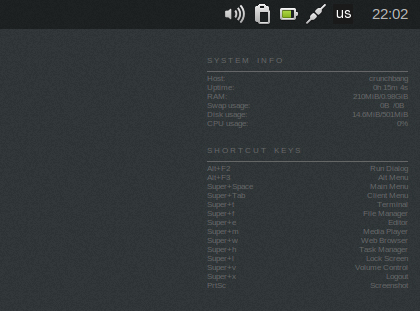 As of February 2015, CrunchBang is no longer supported. However, this is a Linux distribution with excellent performance not only for old computer hardware but also for new high performance hardware. 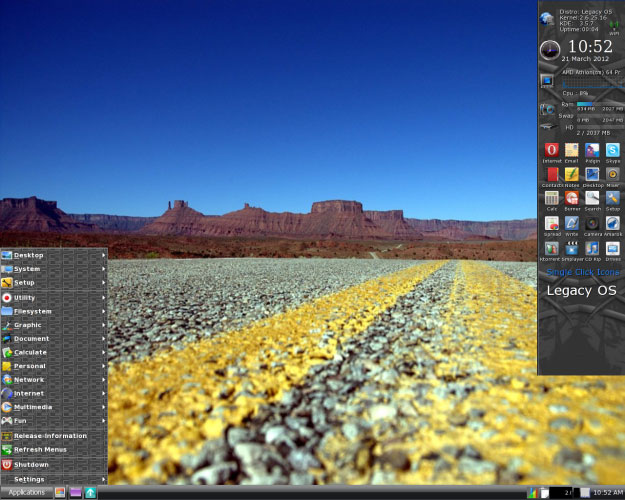 Legacy OS is a great, lightweight Linux distribution derived from Puppy Linux. This versatile distribution has many codec and plugin applications. However, despite its feature-rich environment, Legacy OS is still suitable for older hardware.

It has two versions of Legacy OS 2.1 LTS and 2.1 Gamer. Gamer includes 100 games, HTML5 browser and many other applications on one disc. LTs has over 200 HTML5 applications and browsers on CD. Both are capable of supporting Pentium III processors but they are also great for newer computers. 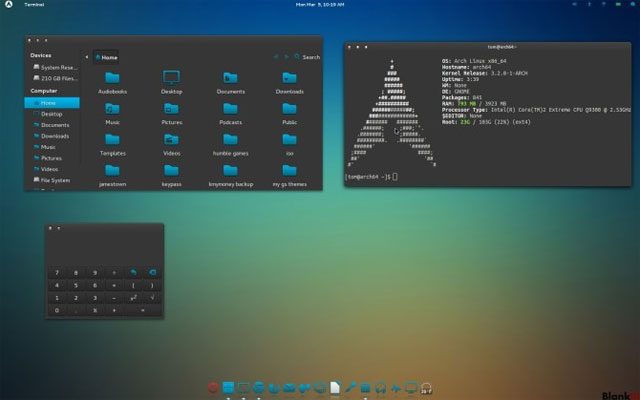 KISS compliant, available for i686 and x86-64, Arch Linux is lightweight and easy to use. Notable derivatives of Arch Linux include BBQLinux, an Android variant, LinHES for HTPC, and Arch Linux ARM that can be installed on a Raspberry Pi. And it is always updated even on old computer hardware.

Porteus is a complete distribution of Linux optimized for use as a live CD. Although it is optimized for booting from a flash drive or CD, it can also be installed on a hard drive. With 32-bit and 64-bit ports, Porteus is one of the best Linux distributions for old PC hardware and boot time in just 15 seconds. Like many Linux variants used on older PCs, Porteus is capable of running in RAM. 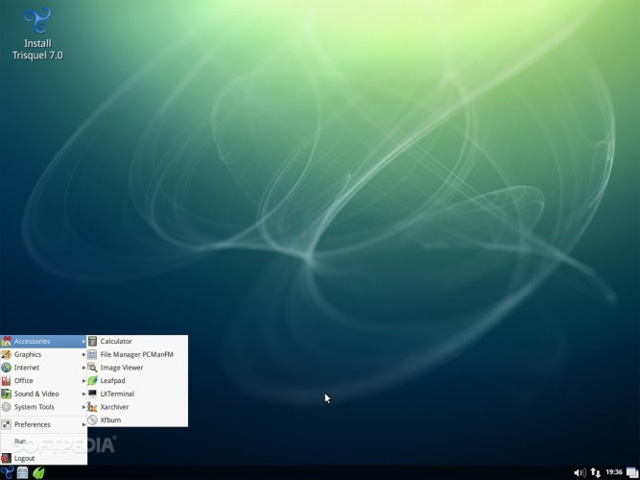 Trisquel is a derivative of Ubuntu LTS. The GNU distribution uses Ubuntu packages with a desktop environment based on the GNOME 3 Flashback platform. Trisquel Mini was built specifically for old netbooks and PCs. The LXDE desktop environment, X Window System graphic display and GTK + ensure that Trisquel runs well even on older hardware.

While Trisquel Mini is a small Linux distribution, it is bundled with applications like AbiWord, GNOME MPlayer and Transmission. 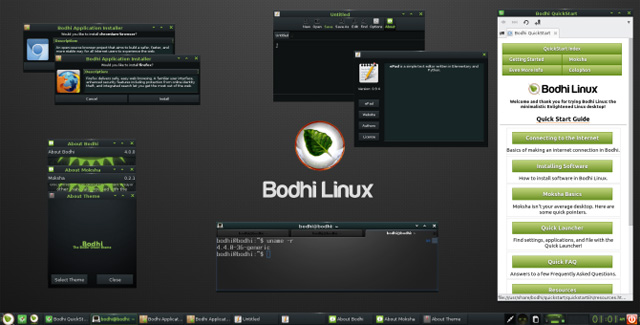 Bodhi Linux is derived from Ubuntu LTS with the main design principle centered around minimalism and Moksha desktop. The default application only takes up 10 MB of space. Minimum system requirements is 128 MB RAM, 4 GB of hard drive space and 500mhz processor. Notably, Bodhi Linux even provides installation instructions on Chromebooks. 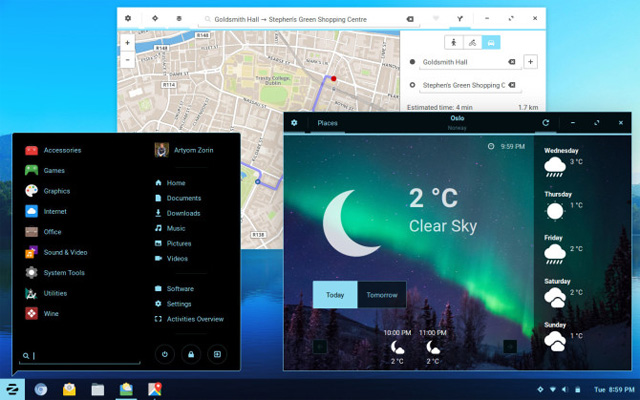 Zorin OS aims to help desktops run faster while improving performance and security for older netbooks and computers. If you intend to switch from Windows, consider Zonin OS, which is a great choice. According to the Zorin OS website, it offers excellent systems such as international space stations. 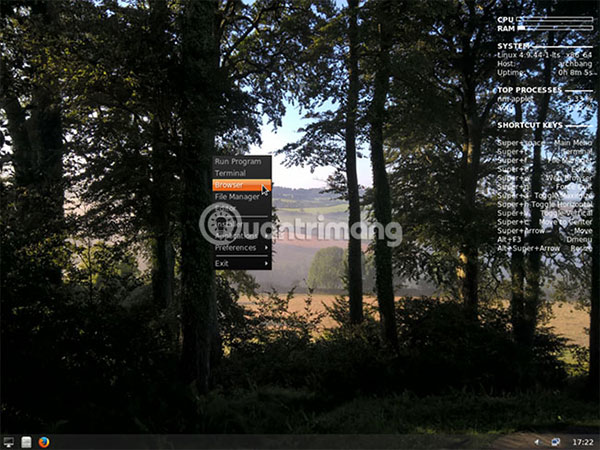 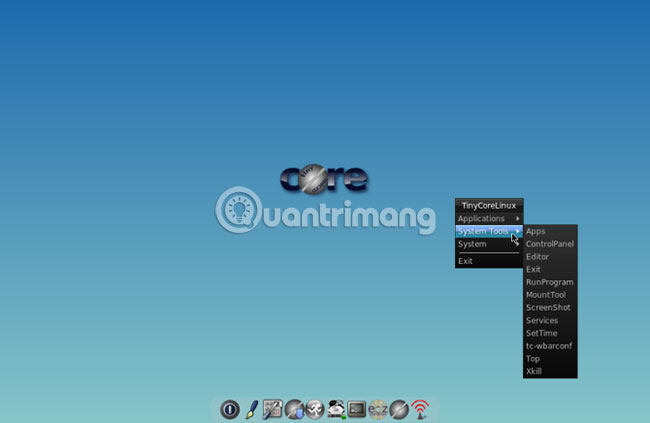 The “TinyCore” installation of Tiny Core Linux, including the base distribution and the standard GUI, is only 16MB in size. Basic installation requires at least 46MB of RAM to run, but if you want to run additional applications and other software, you’ll need a bit more RAM. Note that you will need to use an Ethernet cable to connect online with TinyCore because there is no wireless support.

The best option for most people is the “CorePlus” installation, which is 106MB in size. CorePlus has wireless support, non-US keyboard support, plus installation tools for alternative window managers, and many other handy setup tools. 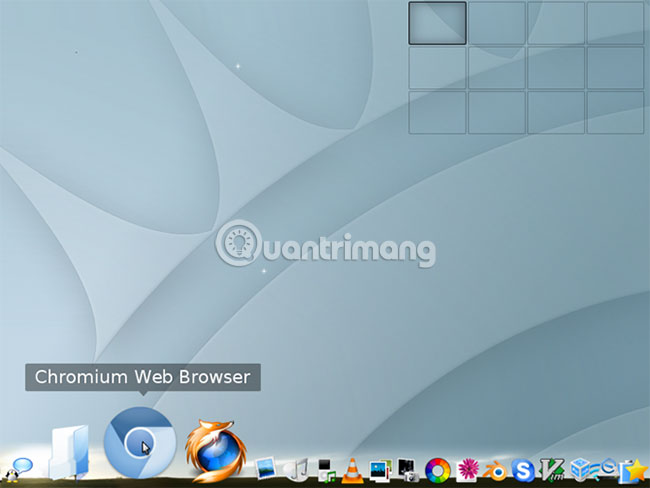 Elive is a lightweight Linux distribution with a custom desktop environment. Based on Debian, Elive comes preinstalled with a variety of handy applications, along with a few games.

Elive is not designed specifically for a specific audience. Anyone who appreciates this distribution can use it.

The Elive desktop environment is a highly customizable version of Enlightenment, providing a gentle and beautiful experience. Elive works well, even on very old hardware. The minimum requirements for Elive are 500MHz CPU speed and 198MB of RAM, plus a 700MB hard drive capacity.

You cannot download Elive directly. The developer may ask you to make a small contribution to maintain the project and download it immediately. If not, you must go to the website, enter your email address and wait for 4 hours.

Windows users must use Elive’s USBWriter to create a bootable USB flash drive because the Elive developer thinks other programs make unintended changes to ISO during the burn process. MacOS and Linux users can continue to use Etcher. 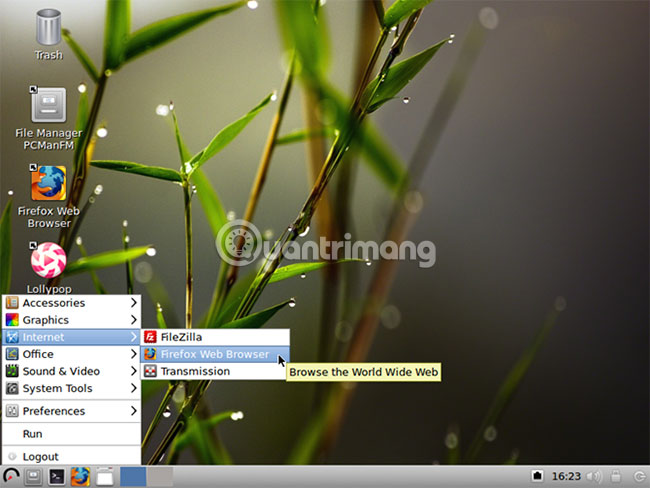 wattOS is an excellent small Linux distribution based on Ubuntu. You can run wattOS from a USB flash drive, CD, DVD or other bootable media. Moreover, wattOS has a kiosk mode or you can install it directly onto the hard drive.

Minimum hardware requirements include an Intel or AMD processor, 700MB and 192MB disk space for the wattOS version of Microwatt. The wattOS LXDE version uses slightly more RAM, but has more customization options and is suitable for everyday desktop environments.

However, the Microwatt version is extremely lightweight. It is based on i3 window manager, does not require a lot of resources and is simple in design. 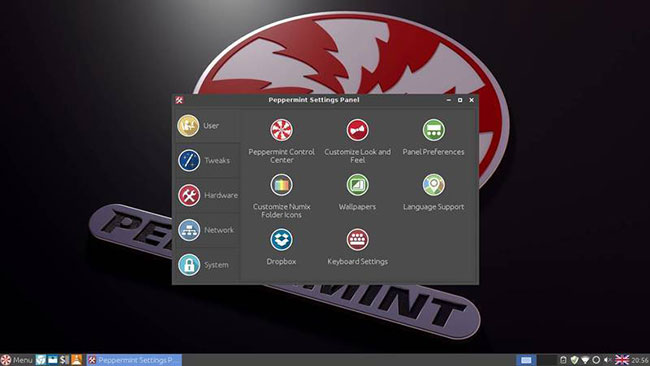 Peppermint is a cloud-focused Linux distribution that doesn’t need high-end hardware. It is based on Ubuntu and uses the LXDE desktop environment to give you a smoother experience.

Originally created with a netbook-centric approach, Peppermint developed the ICE application to integrate any web page as a desktop application.

Peppermint also has a standard getting started guide to help new users. There is also a dedicated forum to help troubleshoot and answer your questions.

You can get more information about Peppermint on the official website. 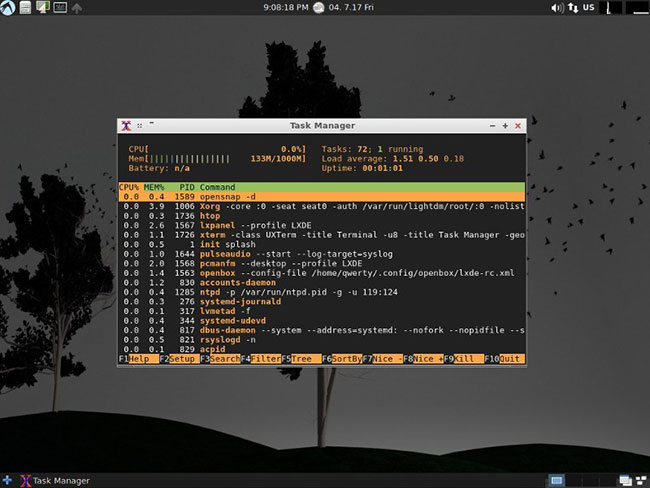 LXLE is actually a version of Lubuntu LTS. That means it’s basically Lubuntu but tailored for a specific purpose – to revive old computers in this case.

Despite being a lightweight Linux distribution, LXLE still strives to provide an intuitive and engaging user interface. The system is tuned to improve performance and comes with a range of lightweight applications installed by default. 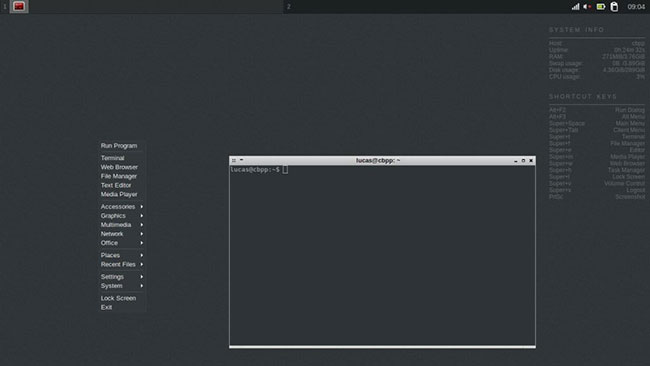 This project is continuing with the same goal of providing an easy-to-use and lightweight Linux distribution with good functionality. That’s why Crunchbang ++ includes a minimalistic design, a simple and sleek interface. 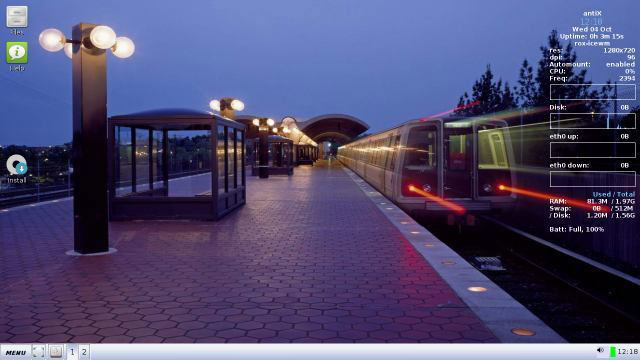 antiX uses icewm window manager to keep the system running on low-end hardware. It does not provide much software by default so the ISO is smaller. You can always download and install additional software later, if you have access to an active Internet connection. 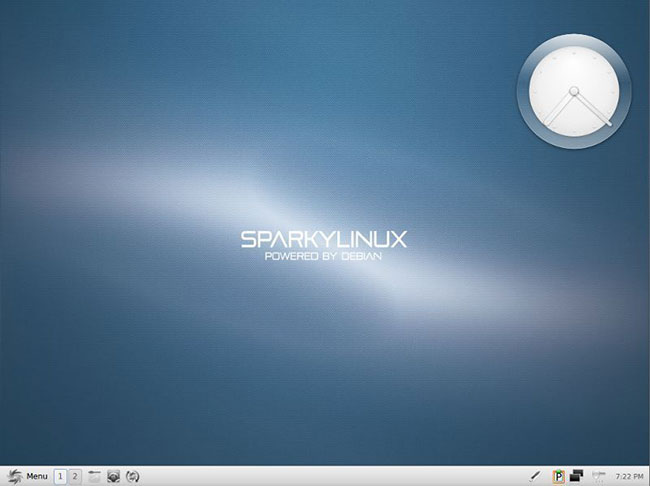 In fact, SparkyLinux is based on the Debian testing branch and it has several desktop environments including LXDE, OpenBox / JWM, e17, MATE, LXQt, Cli and GameOver versions. LXQt is much faster than other options, except for Cli (Command Line Interface).

As mentioned earlier, SparkyLinux has two versions: Full version (full) and Base version (basic). The Full version comes with apps so that users don’t have to install them manually, but this option is not for older computers. The Base version doesn’t come loaded with heavy applications, so it is light and doesn’t use a lot of system resources. However, Sparky has its own repository for installing most applications.

The list of apps installed by default is not the same for Sparky, Full, Base and Gaming versions. Each version is available below on the official download page.

If you are preparing a computer for new to Linux users, please refer to the article: Top Linux distros for newbies. In addition, you can consider 8 reasons to switch from Windows to Linux and convert data and applications from Windows to Linux in just a few minutes. Certainly the transition will be a lot easier!

Wish you find a suitable choice!

The arrogant duke of all soil and joy! KTM “1290 Super Adventure R” is newly installed