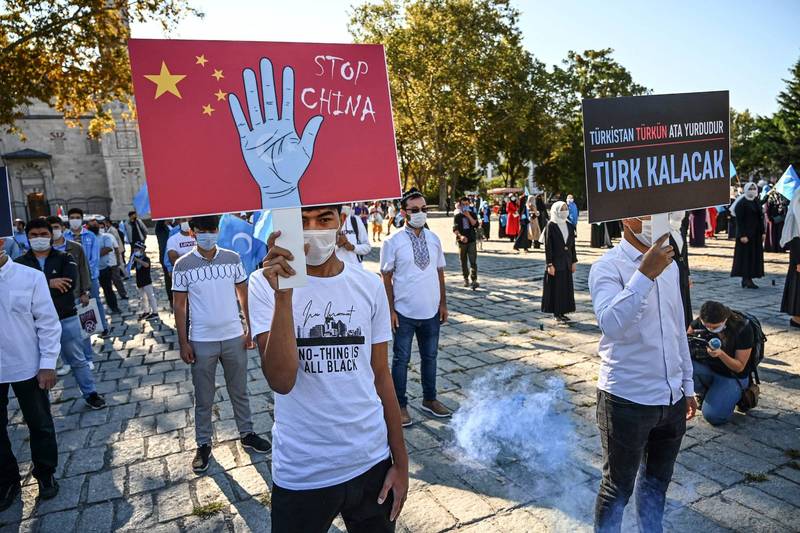 [Special Commissioner in Japan Lin Cuiyi/Tokyo 26th report]The United States has formally determined that the Chinese government’s oppression of ethnic minorities in Xinjiang violates the humanitarian crime of “genocide” in international law, but a different tone of voice has been heard in Japan. The Daily News reported today. At a meeting of the Ministry of Foreign Affairs of the ruling Liberal Democratic Party, an official of the Ministry of Foreign Affairs stated that “Japan does not consider genocide.” Some Liberal Democratic Party congressmen accused Japan of being too weak. The Internet also criticized the Japanese government. Harden.

The report pointed out that former U.S. Secretary of State Pompeo announced the day before the Trump administration graduated on the 19th of this month that the U.S. State Department had determined that China is still carrying out “genocide” against ethnic minorities including Xinjiang Uyghurs. The new Secretary of State of the Biden administration, Brinken, also agreed with this view. Japanese government spokesperson and Chief Cabinet Secretary Katsunnobu Kato only stated at the public press conference that he would continue to pay attention to this human rights situation, and did not clearly express Japan’s attitude.

The report also pointed out that taking into account the economic relationship between Japan and China, the Japanese government avoids publicly criticizing China’s human rights issues. However, if the Biden administration continues to adopt a tough attitude towards China, the pace between Japan and the United States may be different. Representative Masahisa Sato, chairman of the Ministry of Foreign Affairs of the Liberal Democratic Party, told the media after the meeting that the economy is important, but human rights are a major theme, and Japan must participate in changing China’s oppression of human rights.

This news also caused an uproar among netizens today. Many Japanese netizens complained about the pro-China faction in the government and asked the Liberal Democratic Party not to underestimate the public opinion that more than 90% of Japanese people hate China.