Since 1978, with a durable and reliable air-cooled two-valve four-stroke single-cylinder engine, a simple appearance full of nostalgic flavors of the 70s, and the absolute texture and appropriateness of the entire car represented by Japanese manufacturing, the SR400 has become a YAMAHA long-selling vehicle. This model has accompanied locomotive enthusiasts around the world for 43 years, and there are also moments that have been challenged by environmental protection regulations. Therefore, injection fuel supply systems and secondary air intake systems have been introduced in recent versions. However, despite the fact that there are many banquets in the world, although a lot of efforts have been made to comply with the increasingly stringent environmental regulations, YAMAHA finally chose to discontinue the legendary SR400 model. And in order to draw a perfect ending to this glorious history, or a good memory, at 10 am on January 21, Taiwan time, YAMAHA released the final version of SR400-“Final Edition”, and only in Japan The “Final Edition Limited” is limited to 1,000 units in the country. The basic structure of the SR400 Final Edition is almost the same as the previous version, and including the Limited edition, a total of three different colors have been released:
The first is the simple and familiar “Dark Grey” that reminds the rider of previous SR400 models. 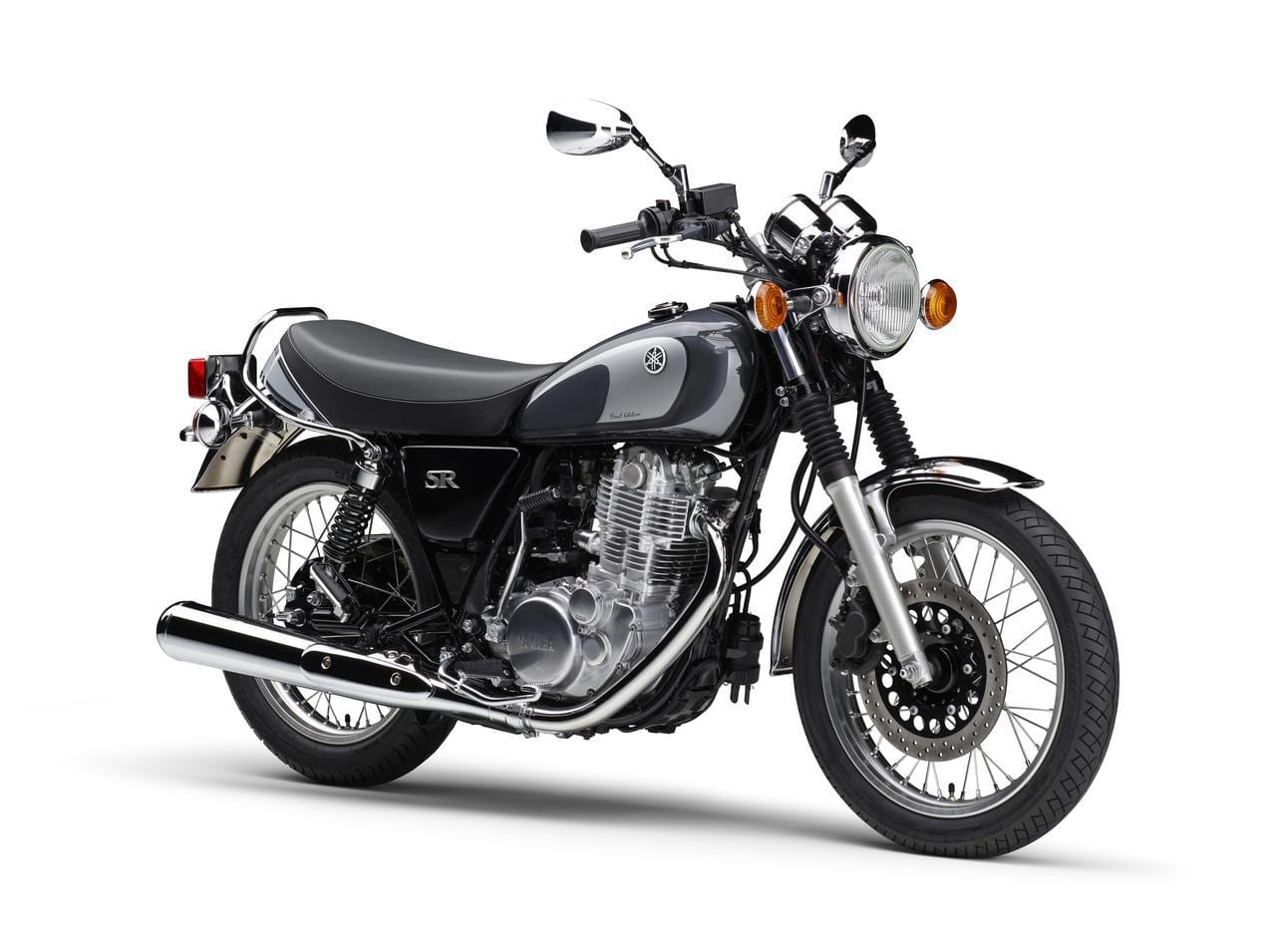 And “Blue” with “full of affinity and temperature” as the design concept. Finally, the Final Edition Limited version, which is limited to 1,000 units in Japan, is infused with the concept of “investing in all the creative spirit of YAMAHA and drawing the SR400 to a perfect ending.” It is crafted by craftsmen and has received countless SR cars. The classic Sunburst color paint that fans love. In addition to painting, the biggest difference between the SR400 Final Edition Limited version and the ordinary version is that it has an electroformed nameplate with the production serial number of each car, a YAMAHA tuning fork logo made of brass, and a seat that reproduces the texture of leather. The new color-matching steel wire frame processed by the anode method, and the instrument printed with the word “Final Edition” and other exclusive equipment, make the texture and commemorative nature more profound. The body serial number plate unique to the Limited version. The YAMAHA tuning fork logo made of brass enhances a lot of texture. Not only does the leather texture seat look good, the flat design is also very helpful for riding comfort. In the sales information section, currently YAMAHA has announced that both versions will be officially released on March 15, 2021. The suggested prices are 653,000 yen and 748,000 yen (Regular Edition/Limited Edition, including tax). As for this one, it has been maintained. Whether classic cars with traditional elements such as large single-cylinders, purely stepped hair starters, and simple lines have a chance to be introduced into Taiwan, there has not yet been any domestic manufacturer published relevant information. Fans who want to know the information of the final version of SR400, don’t forget to continue to lock on Moto7, we will continue to bring you detailed reports! The timeless classics will stop at this moment.