20:21 Inject Vaseline to enlarge muscles!Russian Bu faction decides to get rid of nightmares 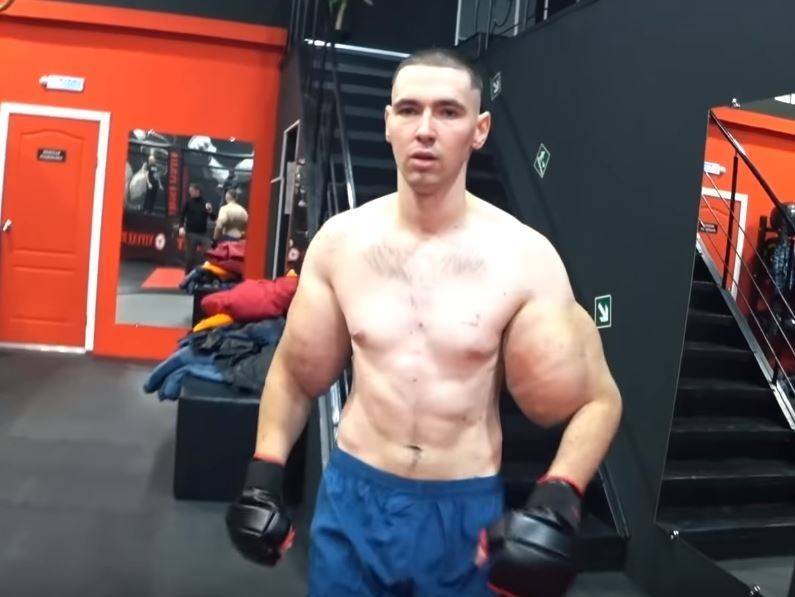 Russian soldier Teresin (pictured) retired in 2019. He injected 6 liters of petroleum jelly into 2 arms to become muscles and challenged MMA. However, he was killed by an uncle who was 20 years older than him in 3 minutes. Hit on the ground. (The picture is taken from Олег Монгол YouTube)

[Real-time news/comprehensive report]After the Russian soldier Kirill Tereshin retired in 2019, he injected 6 liters of petroleum jelly into two arms to make him look like a muscular man, and challenged mixed martial arts (MMA). In 3 minutes, he was beaten to the ground by an uncle who was 20 years older than him. Today, Terezin has found many sequelae, and was judged by doctors to be life-threatening. After he was persuaded, he decided to undergo surgery to “get rid of nightmares.”

According to foreign media reports, Teresin said, “Because of my stupidity, I didn’t think about the consequences and decided to get rid of my nightmare through surgery.” However, due to the epidemic, the operation time has been delayed and may be postponed until the end of the year. . “Regarding this stupid decision, Teresin also said that there are already problems with inflammation, muscle necrosis, and hardening of fillers.

The key to Terezin’s willingness to undergo surgery is being persuaded by Alana Mamaeva, a social activist who has long opposed plastic surgery. Teresin said that he was lucky enough to meet Mamayeva and the doctor who was willing to perform surgery on him. Dr. Dmitry Melnikov also told him that if he does not have the operation as soon as possible, his life may be in danger.

Teresin: “I blame myself, I know I am guilty, and I know I should think about it earlier. Cheap petroleum jelly is implanted in the body, causing high fever, intense pain and weakness.”