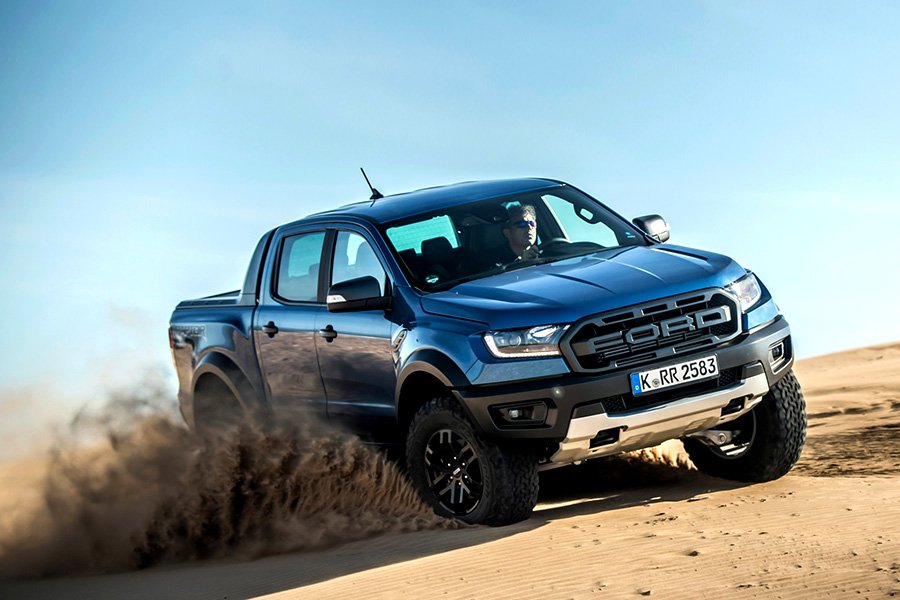 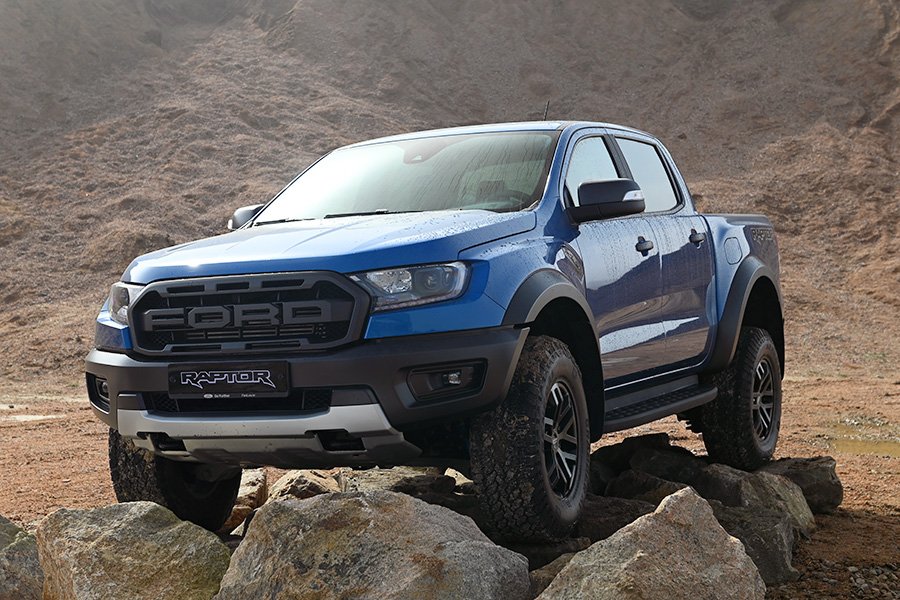 Ford Ranger Raptor with off-road sensibility
The Ford Ranger launched in the domestic market is not an authentic American pickup truck. Considering the background and factors applied to the actual vehicle, it is a vehicle that mainly targets markets such as Australia, Europe, Central and South America, Southeast Asia, and Africa rather than the North American market, which is the pronoun of ‘pickup truck’. Of course, nevertheless, the Ford Ranger Raptor prepared for the test drive is enough to attract attention.
For reference, the Ford Ranger Raptor has an overall width and height of 5,560mm and 1,870mm and 2,030mm, respectively, providing a bolder and stronger impression than the Ford Ranger Wildtrack, which debuted together. In addition, the wheelbase is the same at 3,220mm and the empty weight is 2,510kg, which is 200kg heavier than the Wild Track.
The Ford Ranger Raptor, which is different from the Ford Ranger Wildtrack in the previous specifications, also shows a significant difference in appearance. It was given a solid off-road exclusive body kit that contrasts with the actual body, and a dedicated front grill was installed. 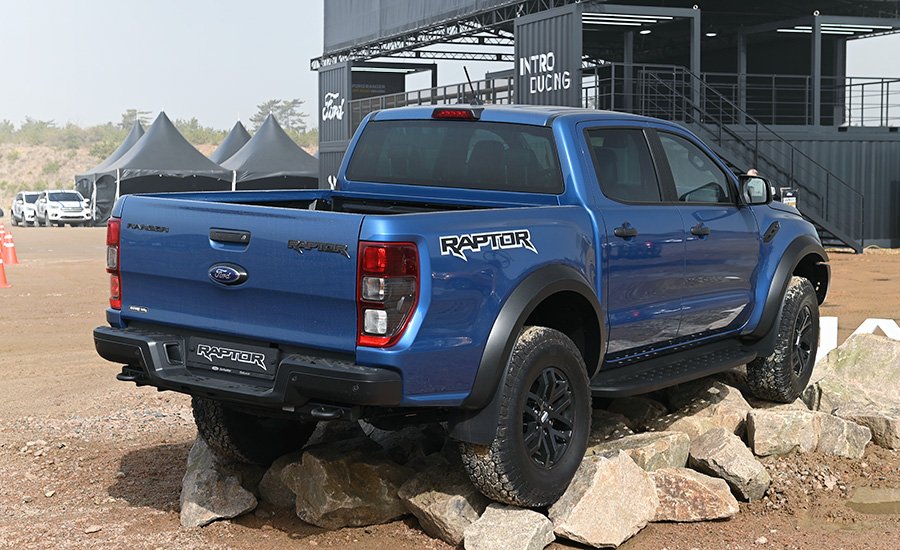 In addition, the four wheels are equipped with dedicated 17-inch wheels that can withstand intense off-road driving, and all-terrain tires that provide an excellent foundation for off-road driving. For reference, the Ford Ranger Raptor has a higher overall height than the WildTrack due to these changes and the reorganization of the suspension, which will be described later.
In addition, a side step dedicated to the raptor with superior strength was applied, and decals and exclusive badges were applied to emphasize the presence of the raptor. For reference, two tow hooks are applied to the front and rear of the vehicle, respectively, to increase survivability in nature. 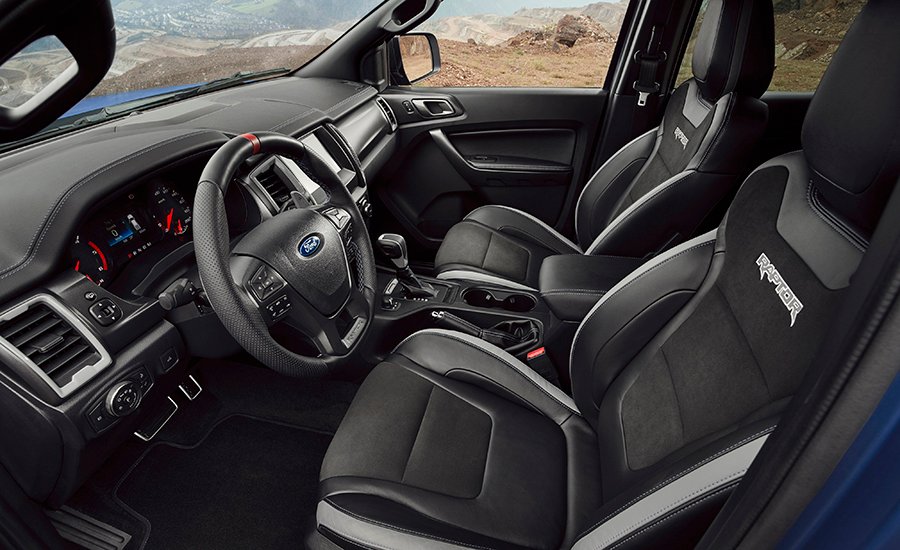 A tougher Ford Ranger Raptor
The interior space of the Ford Ranger Raptor is filled with more functional configuration and confidence in performance.
When the door of the actual Ford Ranger Raptor is opened, the door sill plate engraved with ‘Ford Performance’ attracts attention, and the sports seats with suede foreshadow the reliable support for the driver and occupants. At the same time, the steering wheel is also added with perforated leather and highlights at the 12 o’clock position, further enhancing the feeling of ‘confidence in driving’.
At the same time, the instrument panel is also configured in such a way that a display panel that supports various information and settings is applied between the two analog clusters, unlike the general Ford instrument panel, which presents a clear difference from the Ford Ranger Wildtrack. 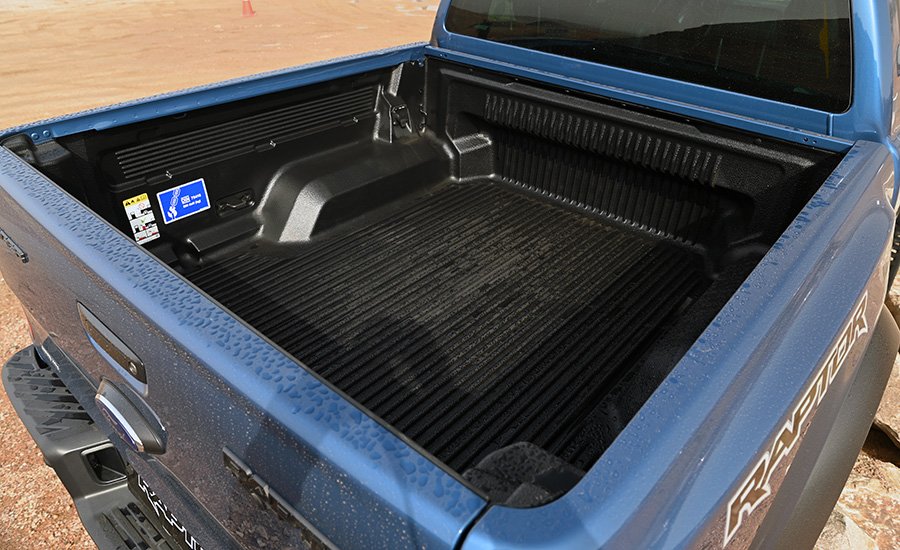 The deck space of the Ford Ranger Raptor is structured to make the most effective use of the space. The length, width, and depth of the actual deck space are all satisfactory, and the finish is neatly organized. In addition, the deck gate is also constructed so that it can be opened easily, so the satisfaction is considerable.
However, the usability is somewhat disappointing. In fact, the deck of the Ford Ranger Raptor can accommodate a load of up to 300kg, which is somewhat disappointing compared to the Ford Ranger Wildtrack, which offers an extra 600kg. 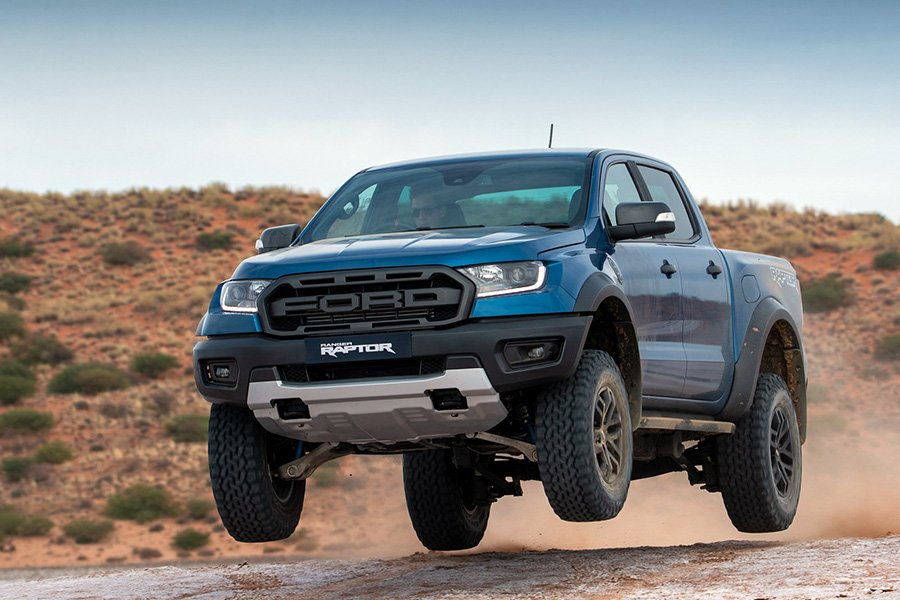 The value of ‘Raptor’ that stands out in off-road driving
As soon as I opened the door and laid myself on the seat for a full-fledged driving with the Ford Ranger Raptor, I could definitely enjoy the ‘Raptor’ sensibility. Boldly, more intensely refined interior elements made the audience look forward to the ‘value in off-road driving’ that will follow.
The Ford Ranger Wildtrack, which I test drove on the same day and a little earlier, proved that it was sufficiently refined even though it was a diesel specification. And in the case of the Ford Ranger Raptor, it showed a satisfactory appearance in idling and overall driving conditions, which further increased the satisfaction with the Ford Ranger. 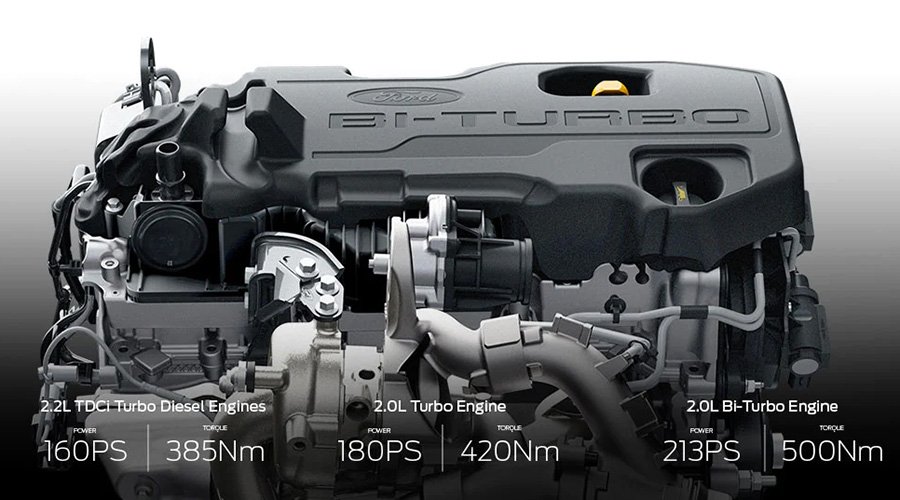 The 2.0L biturbo diesel engine that offers 213 horsepower and 51.0 kg.m of torque located under the bonnet of the Ford Ranger Raptor, 10-speed automatic transmission, and 4WD system are somewhat disappointing for an authentic American pickup truck, but it is difficult to operate in the domestic market. I think it’s satisfactory enough.
Even when the accelerator pedal is depressed, there is no lack of driving a Ford Ranger Raptor, which is about 200 kg heavier than the Ford Ranger Wildtrack. Of course, it was unfortunate that the diesel engine had a rather dull response, but satisfactory performance was realized, and the pleasure of driving was further emphasized thanks to the rich sound development unique to the Raptor specification. 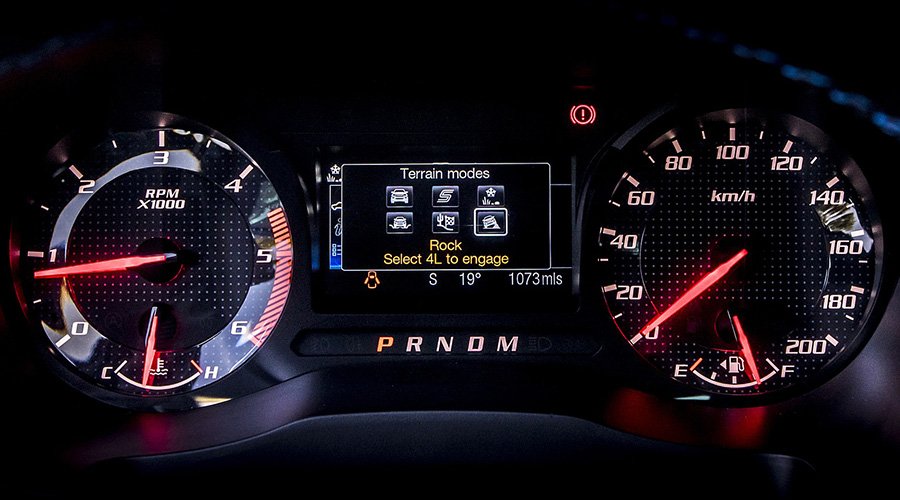 There are, however, some regrets. Of course, it cannot be said to be a ‘minus factor’ as a whole as it is torque-centered driving.
However, it is undeniable that the feeling of ‘disappointment’ is undeniable, given that other pickup trucks competing with the Ford Ranger Raptor in the market, and pickup trucks that are more affordable compared to the Ford Ranger Raptor, offer smoother and superior output with a V6 gasoline engine. It will be true. 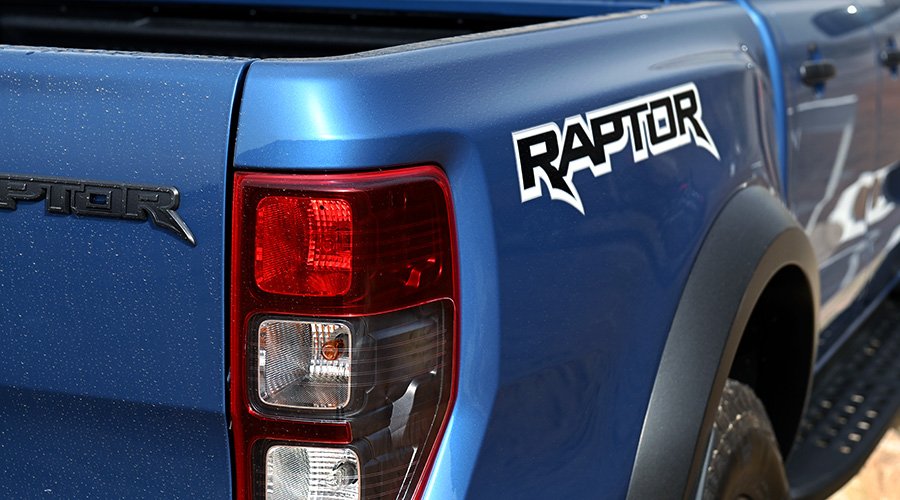 When it comes to the movement of the vehicle, the expression of the Ford Ranger ‘Raptor’ is not worth it. If the actual Ford Ranger Wildtrack was a ‘compassionate look’ in off-road driving, the Ford Ranger Raptor was full of confidence. And this difference can be said to be the product of various elements and special setups prepared for ‘Ranger Raptor’. 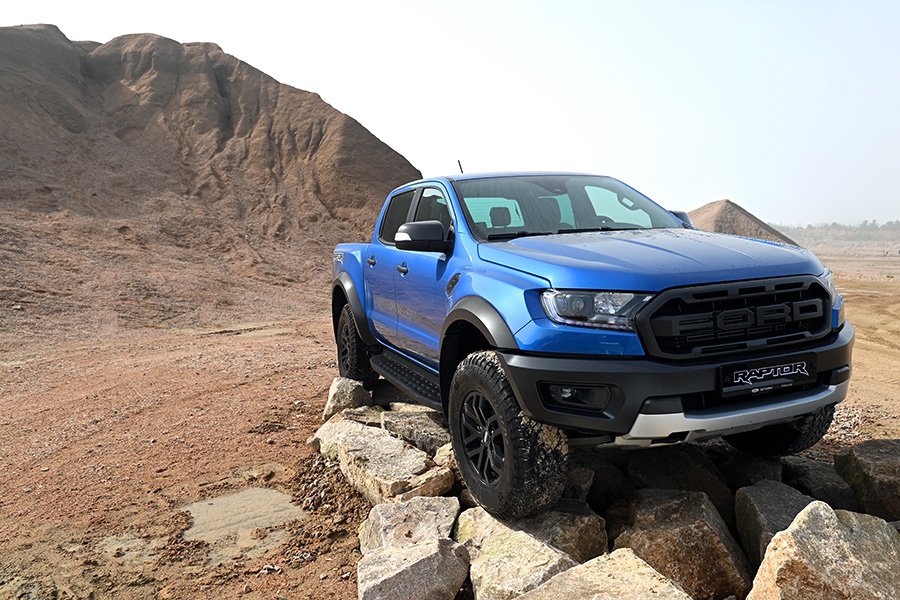 A dedicated suspension system tuned for off-road use in real Fox Racing gives the Ford Ranger Raptor great confidence.
It provides better stability even when overcoming most road surfaces and obstacles, and it also enhances the satisfaction of riding based on a more tolerant figure. In particular, it is impressive not only in general bump, wave, rock crawling, etc. off-road driving ability, but also in the ‘jump’ and landing situation where all four wheels fall off the ground. 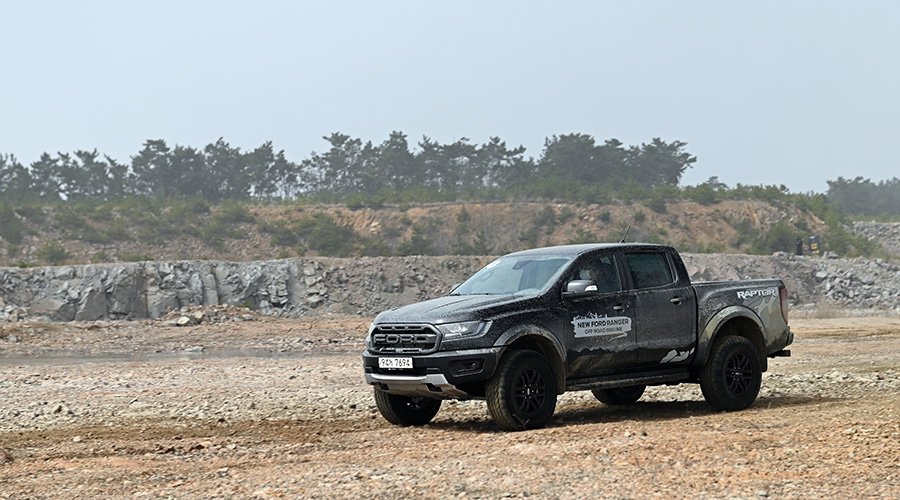 It was very impressive to see that the vehicle body immediately regained its balance without oscillation or instantaneous changes in the vehicle body during the process of accelerating at high speed, climbing up the slope, floating in the air, and landing. . This was thought to be the reason for the application of ‘Fox Racing Suspension’.
In addition, the exclusive body kit applied to the Ford Ranger Raptor demonstrates its shine in rough off-road driving. It was possible to drive without hesitation despite sudden changes in the driving environment thanks to the sufficiently relaxed entry and exit angles. 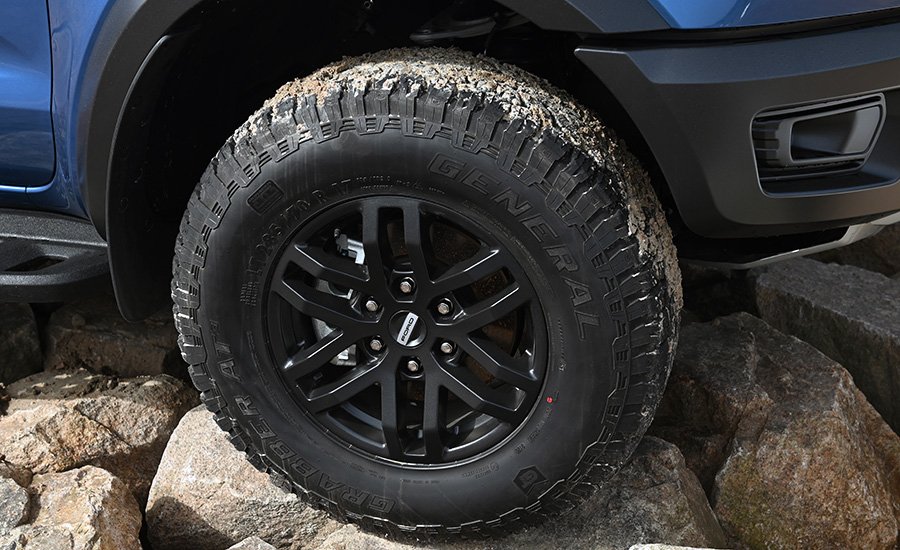 And the application of this body kit was also considered positive enough that it could further expand the limit of activity and prevent further damage to the body. In addition, it can be said that this is the basis for the Ford Ranger Raptor to be recorded as a true off-road player, not just a ‘fashion off-roader’.
Good point: Excellent driving setup for off-road and emotional satisfaction
Disadvantages: An unbearable price 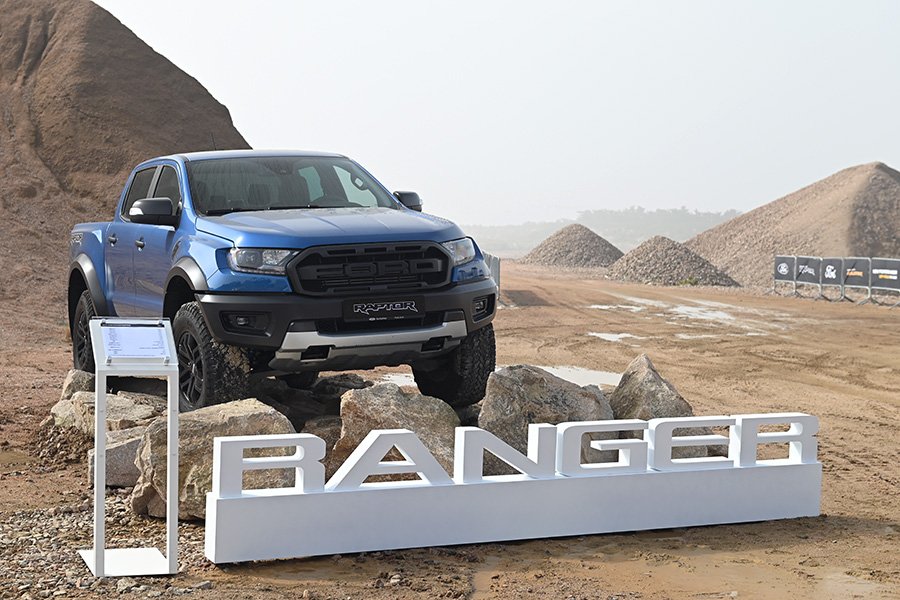