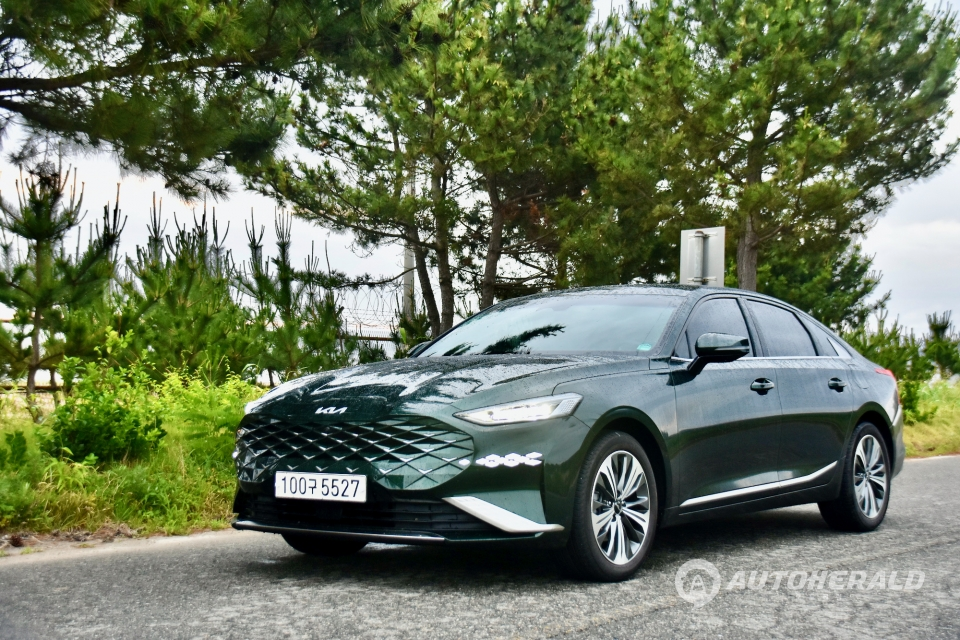 Following the Toyota Prius, I drove a hybrid car for two weeks in a row. One day, at 4:10 pm, I got on the Yeongdong Expressway after resetting the Kia K8 hybrid trip in Gunpo, Gyeonggi-do. This time, there was no specific destination. The reason for successive test drives of hybrid cars is no different. I want to talk about why a hybrid car should coexist with an electric car, but to show that, I went for a ‘no-show test drive’ until the fuel warning light came on.

It’s all about electric cars. Interest and car models increased and the market grew. On the other hand, it is said that speed control is necessary. As mentioned in the previous time, the environmental efficiency of electric vehicles has not yet surpassed that of hybrid cars. Emissions of harmful substances such as carbon dioxide, fine dust, and nitrogen oxides, which are fatal to the atmosphere and human body, are higher than that of an electric vehicle hybrid car in terms of the entire cycle. It is also worth paying attention to the argument that the side effects of the rapid change in the automobile industry should be reduced.

This has been confirmed in several studies. This is why electric vehicles must coexist until the environmental efficiency of electric vehicles exceeds that of hybrid cars. Existing internal combustion engine mileage extension technology has the potential to continue to develop in the future. So, in the medium term, it is time for experts to actively utilize the advantages of internal combustion engines and electric systems, such as hybrid cars, and adjust the speed while also looking at future technologies such as new alternative energy and hydrogen electric vehicles. 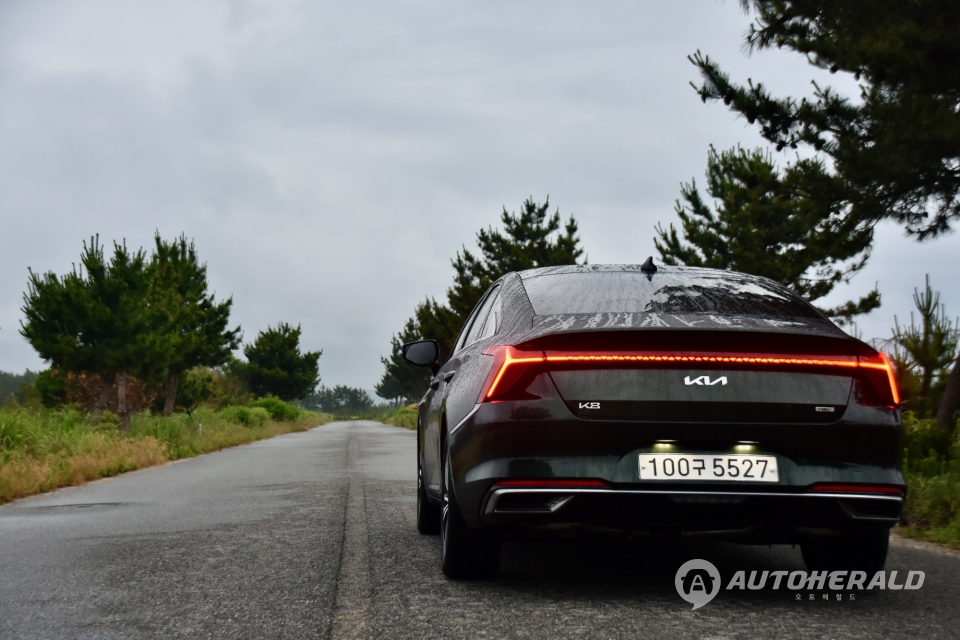 Looking at the fuel efficiency of the K8 hybrid, which ran hundreds of kilometers without a night, it seems appropriate to reconsider the government’s policy to reduce the benefits of hybrid cars. It’s not the first time I’ve tested a K8 hybrid. When it was first released in May, it ran about 92 km and recorded a fuel economy of 19.4 km/ℓ. The secret is downsizing and weight loss. The 2.4-liter gasoline engine was downsized to a 1.6-liter turbo hybrid and the weight was reduced by 45 kg.

It is also impressive that the motor intervention is active. Electric mode is activated even at speeds above 80 km/h. The K8 Hybrid is a car that has received favorable reviews for achieving both fuel efficiency and performance, which are difficult to achieve through this, and these days it is a hybrid car. It also tastes like running. The K8 Hybrid’s maximum output is 180PS (horsepower) and the maximum torque is 27.0kgf·m, which is better than the previous hybrid 2.4ℓ gasoline powertrain. This characteristic appears throughout the hundreds of kilometers without a stay. Quiet and smooth, it accelerates rapidly at low speed and responds skillfully even when the speed meter gauge is raised to medium speed.

The heterogeneity that appeared in hybrid cars disappeared completely. The introduction of the K8 hybrid product has been there before, so it ends like this. However, what I want to talk about is the driving assistance system. It was thanks to the driver assistance system that it was possible to drive for more than 12 hours on the Yeongdong Expressway, Seoul-Yangyang Expressway, and Donghae Expressway. Anyone who has ever driven will know. How fatigue is different just by not operating the accelerator and brake pedals. 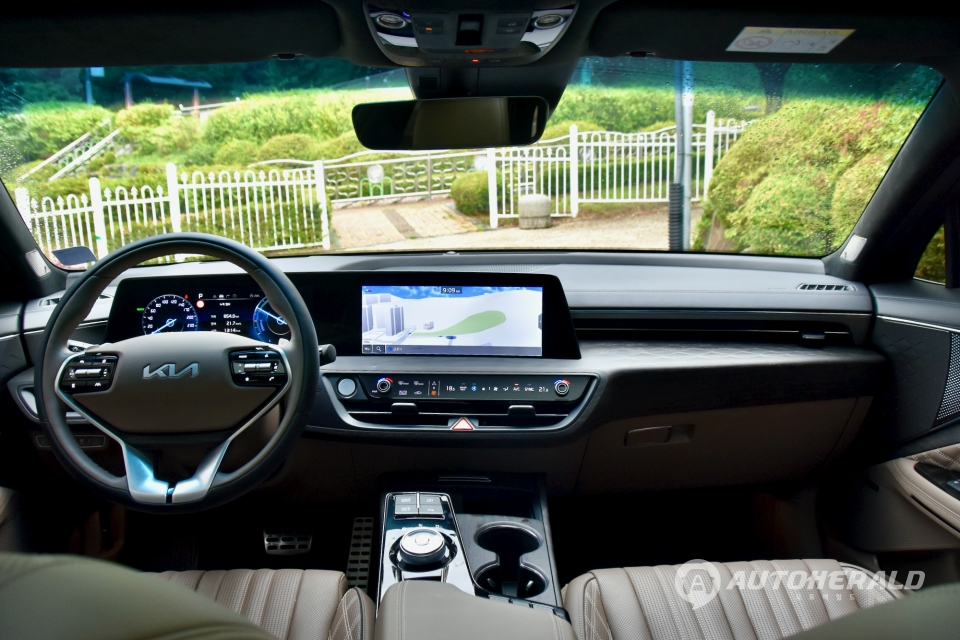 I set off without a destination, but there were places that kept lingering in my mind. It is the Yeongdeok wind farm in Gyeongsangbuk-do that fell in love with the scenery in early spring. I decided to go to this place because I thought it would fit well with the environment and hybrid cars. In order to increase the mileage, I swerved off National Road 7 from Gangneung. It took more than 5 hours to reach the Yeongdeok Renewable Energy Exhibition Hall, 416 km, and it was close to 10 pm. Surprisingly, it took a lot of time for a long distance, but I couldn’t see the surrounding scenery.

From there, we headed back to Gangneung. This time I rode the Donghae Expressway. I ran to Hajodae in Yangyang, Gangwon-do. This street wasn’t easy either. It ran more than 200km to reach Hajodae. The cumulative driving distance was 640 km and the total driving time was 9 hours. Still, the K8 hybrid fuel gauge remained. In order to see the sunrise over the East Sea, I waited while listening to the sound of the sea and waves at night, but it rained at dawn. 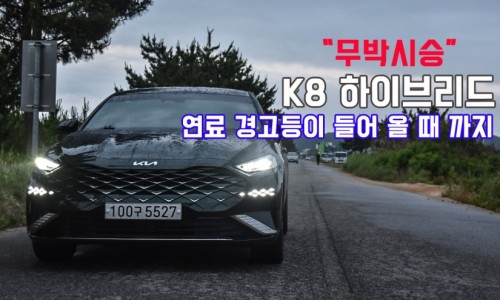 [시승기] K8 Hybrid test drive “until the low fuel warning light comes on”
Auto Herald TV | * The certified fuel economy was not well introduced. The K8 hybrid (18 inch/built-in cam) combined fuel economy is set to be 16.8 km/ℓ (16.9 km/ℓ in the city center/ 16.6 km/ℓ on the highway). * Driving video is provided by Kia.
tv.naver.com

There was a slight red glow in the sky full of dark clouds, but that was the end of it. At 6 am, we started running back to our starting point. As soon as I passed the Namyangju tollgate on the Seoul-Yangyang Expressway, traffic congestion started, and it took quite a while to get to Gunpo, which started yesterday. And just after finally exiting the Gunpo Interchange on the Metropolitan Area 1st Ring Expressway, ‘I’m out of fuel. Shall I guide you to the nearest gas station?” and the fuel warning light came on. The remaining driving range was 75 km. 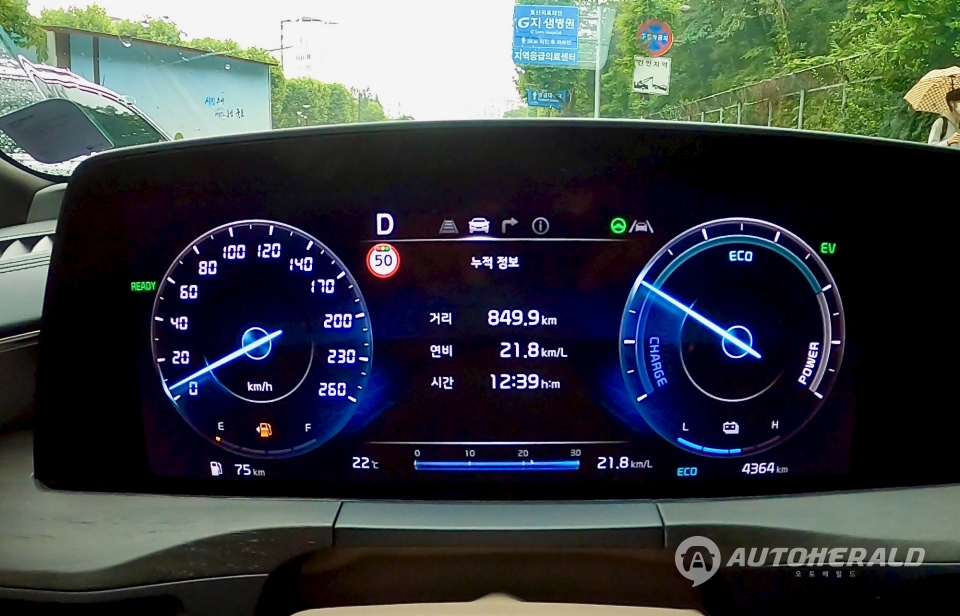 I’ve never been so happy with a warning light on anything in numerous test drives. If anyone had been up all night for 12 hours and 39 minutes, running 850 km and the purpose was a fuel warning light, they would not have been happy. The average fuel economy of the K8 Hybrid that ran like that was indicated as 21.8 km/ℓ. It is not a compact car, nor a small car, nor a diesel car, but a gasoline semi-large sedan. The remaining driving range is 900 km. I am confident that if the fuel tank was full, it was 1000 km, and if I drove lightly, more was possible. The K8 Hybrid, the test car, has 18-inch tires and a built-in cam, and has a certified combined fuel efficiency of 16.8km/ℓ. 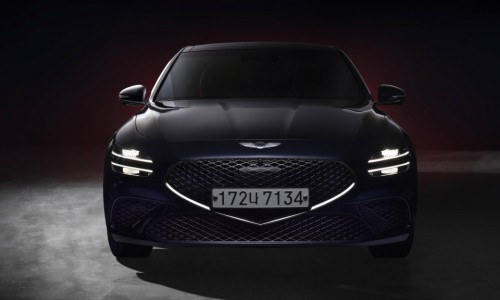 A properly made high-performance Hyundai Kona N “Don’t worry about where it will run” – The Auto Herald
When Hyundai Motor first talked about ‘high performance’, many people’s heads shook from side to side. Toyota GR, Volkswagen R, BMW M, Benz AM…
www.autoherald.co.kr 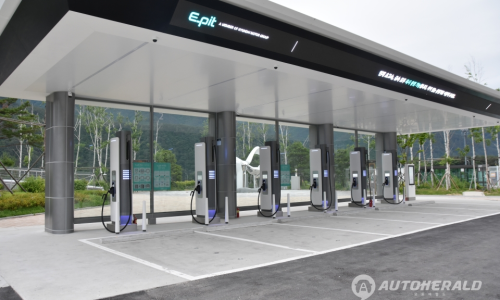 [김흥식 칼럼] The world will miss the smell of oil, the first ‘sacrificial car’ to be pushed out by electric vehicles – The Auto Herald
Cars suffering from unbelievable and unfounded rumors of discontinuation appear frequently these days. The Kia Mohave, which is scheduled to be released in the second half of the year 2022, and the Sonata, which has no possibility at all, are also mentioned as objects of discontinuation. Automobile manufacturers are producing…
www.autoherald.co.kr 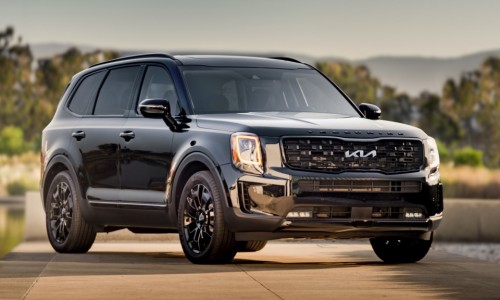 Kia 2022 Telluride ‘new logo’ increases product quality and price – The Auto Herald
Kia ‘Telluride’, which has been steadily gaining popularity due to a shortage in the US market, has changed its model year to a new logo and added various convenience and safety specifications to the basic trim.
www.autoherald.co.kr NHTSA Investigates Crashes While Using Tesla’s Autopilot That Killed 10 People – The Auto Herald
The National Highway Traffic Safety Administration (NHTSA) has launched an intensive investigation into Tesla crashes that have resulted in 10 deaths since 2016. They are investigating the use of an advanced driver assistance system so-called ‘Autopilot’…
www.autoherald.co.kr