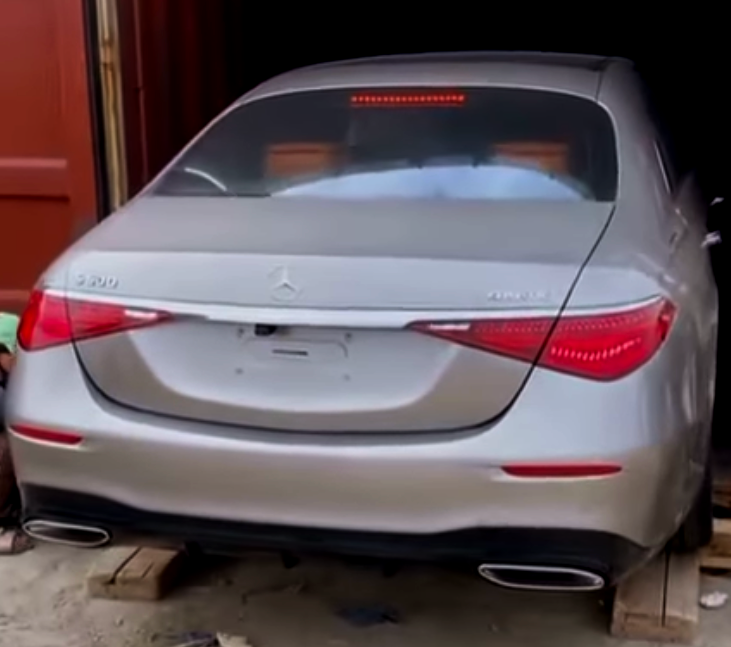 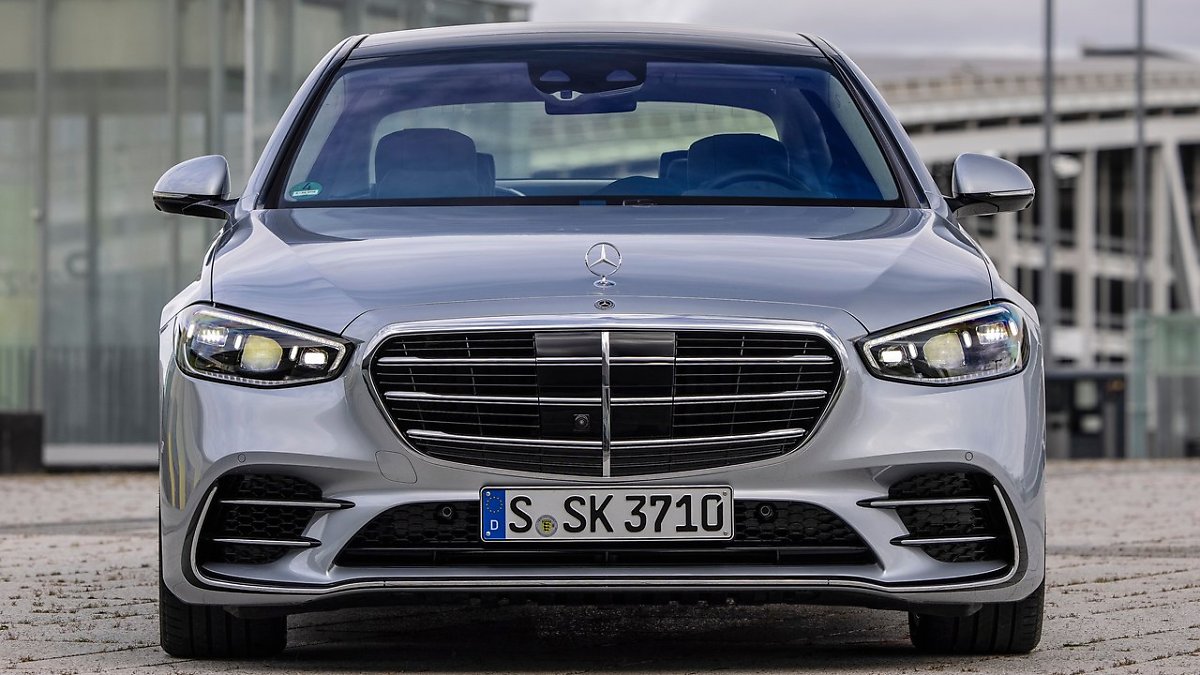 The 7th generation S-Class is a new flagship that appeared in about 8 years following the 6th generation, which was unveiled in 2013. As it has been prepared for a long time, the technology of Benz is comprehensive, including rear wheel steering, more sophisticated airbag system, and augmented reality head-up display. As a vehicle that is the standard in the premium and luxury markets, advanced features that differ in price were applied. 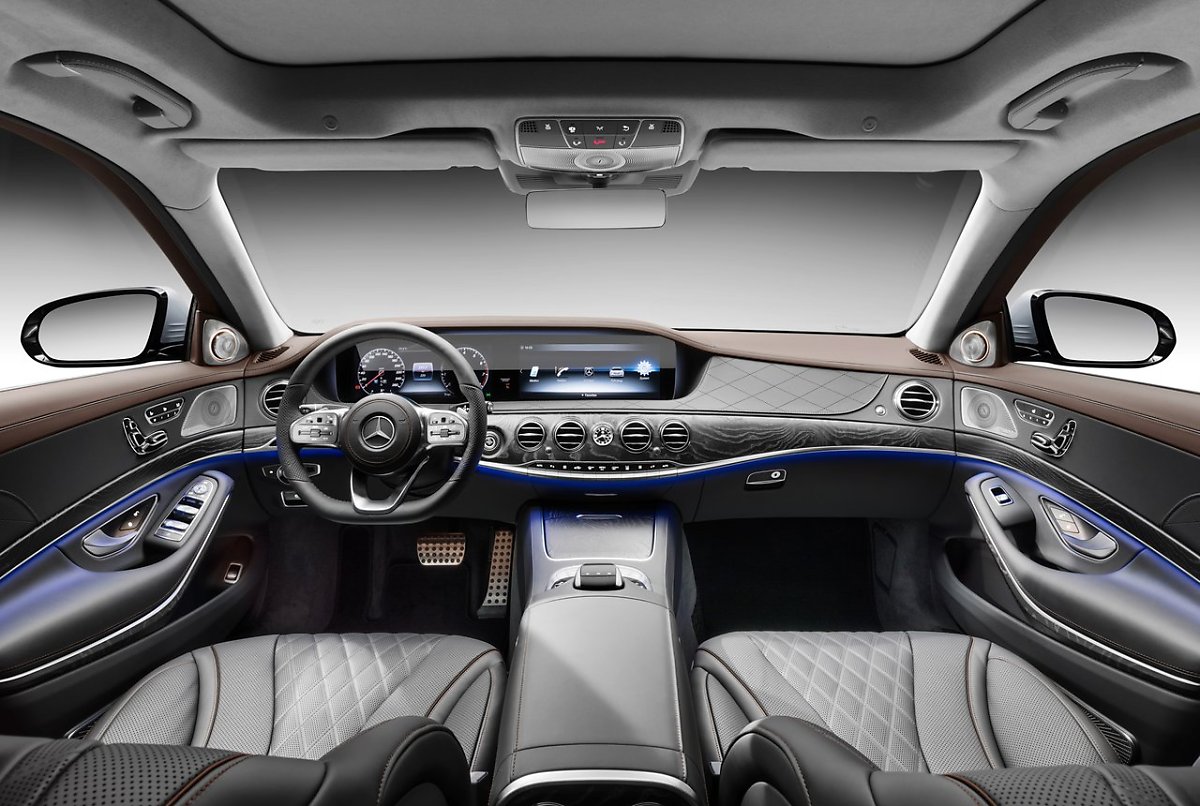 However, unlike this, when it comes to design, it seldom gets the same enthusiastic response as before. The interior and exterior design of the 6th-generation S-Class is still considered a’legend’, and it was an opportunity for a completely new perception of the S-Class, which had a strong image. In particular, interior design can feel stylish and future-oriented even now.

Cold water is slowly pouring into the evaluation of the S-Class design, which was followed by such a positive response. There are criticisms that it is not the same as before. Today’s Automotive Design Anatomy class will take a look at the new S-Class design and see why the current design was born. 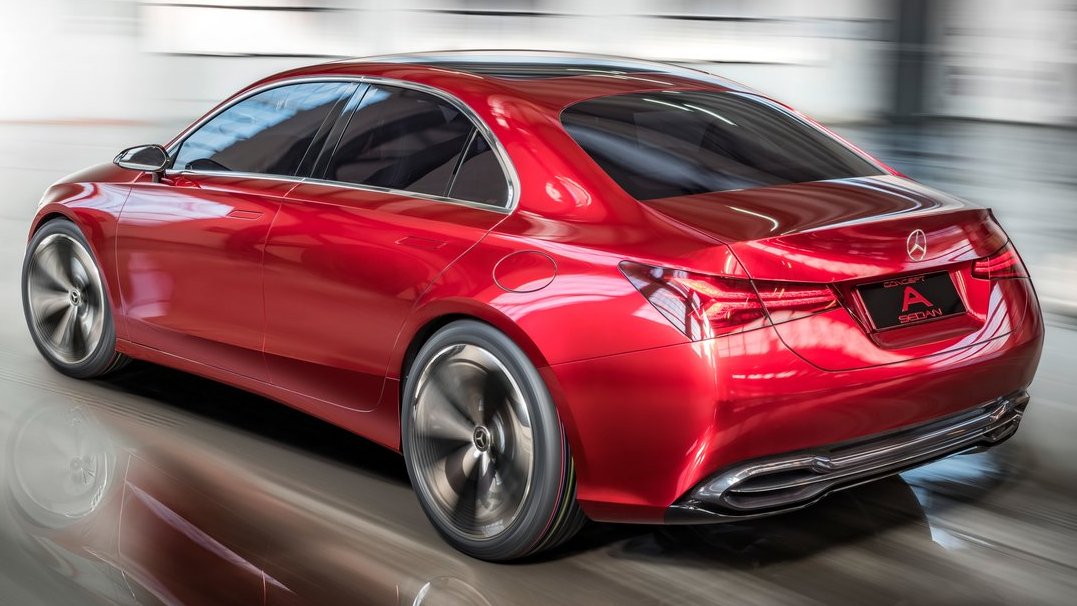 If you are interested in Mercedes design, you may have noticed that the word’sensual purity’ appears frequently in articles related to Mercedes. ‘Sensual’ means’sensuous’, and’Purity’ means’pure’. Combining these results in a new meaning of literally’sensory or sensual purity’, which is the design philosophy that becomes the pillar of Mercedes design.

This change in the S-Class design is also deeply related to this design philosophy, as we applied Sensual Purity to the entire vehicle. To learn more about this, we need to look at the’A Sedan Concept’, which has a lot of influence on the current Mercedes design. This is because the A sedan concept is the model where the triangular light design and the neat side design started in earnest. 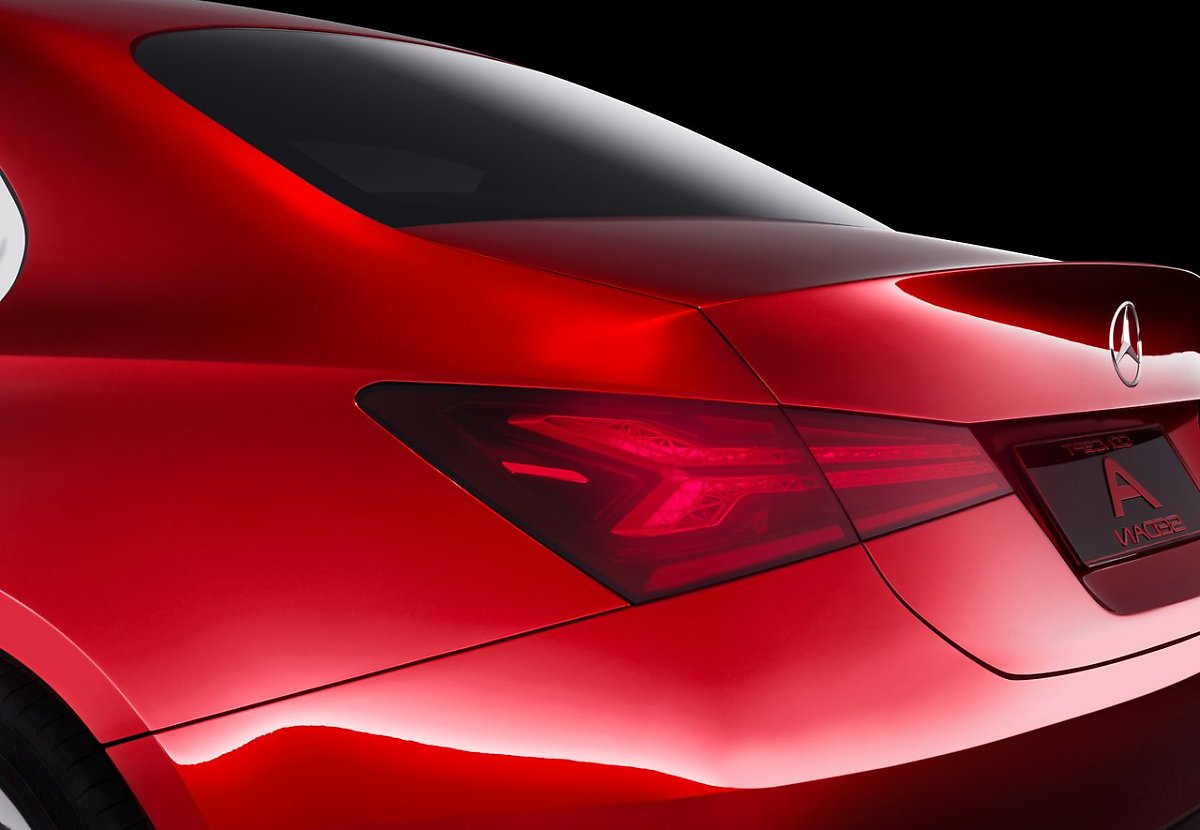 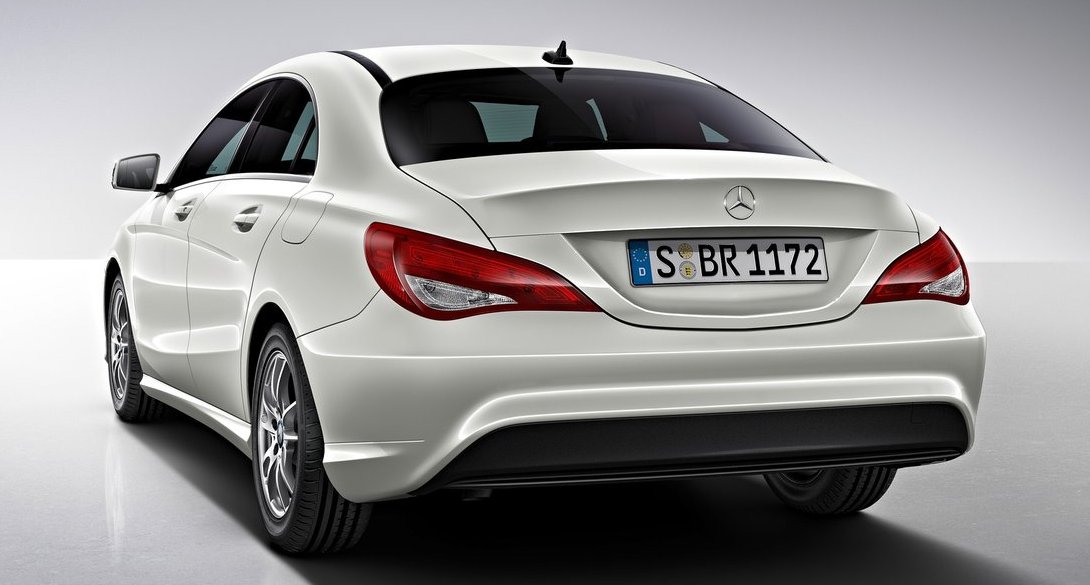 The A Sedan concept, which was unveiled in 2017, was a model with several new design elements that were not seen before. The biggest feature of these is the triangular light design mentioned earlier. The shape can be clearly seen from the rear of the vehicle, and compared to the previous CLA class, you can see how much the change is.

In fact, triangles are a somewhat avoided formative element in design. One of the biggest reasons is that it feels visually unstable and the use of cotton is poor, and Mercedes took this risk into account and created a triangular tail light design. Why did Mercedes have such a challenge? 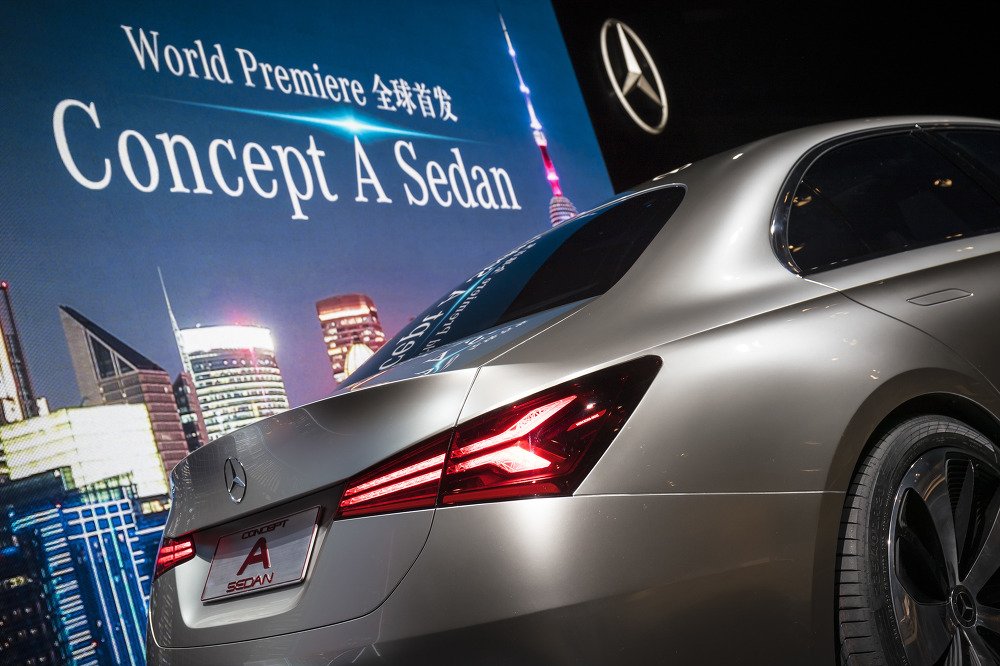 Benz presented a rather complicated explanation of the’reduced gap’ for the rear design of the A sedan concept. It means that it will be easy to solve and reduce the space between lines and lines, and between faces and faces, and it contains the will to omit all unnecessary lines and faces. From this point of view, triangles are the most ideal shapes they think of.

Benz says that through the process of erasing unnecessary things, they were able to create the’pure’ design they wished for. Regardless of how beautiful the final form is in terms of aesthetics, the design they created has a clear reason and purpose. In addition, you can see the pulpit of Benz as it actively utilizes a triangle with a high risk for this. 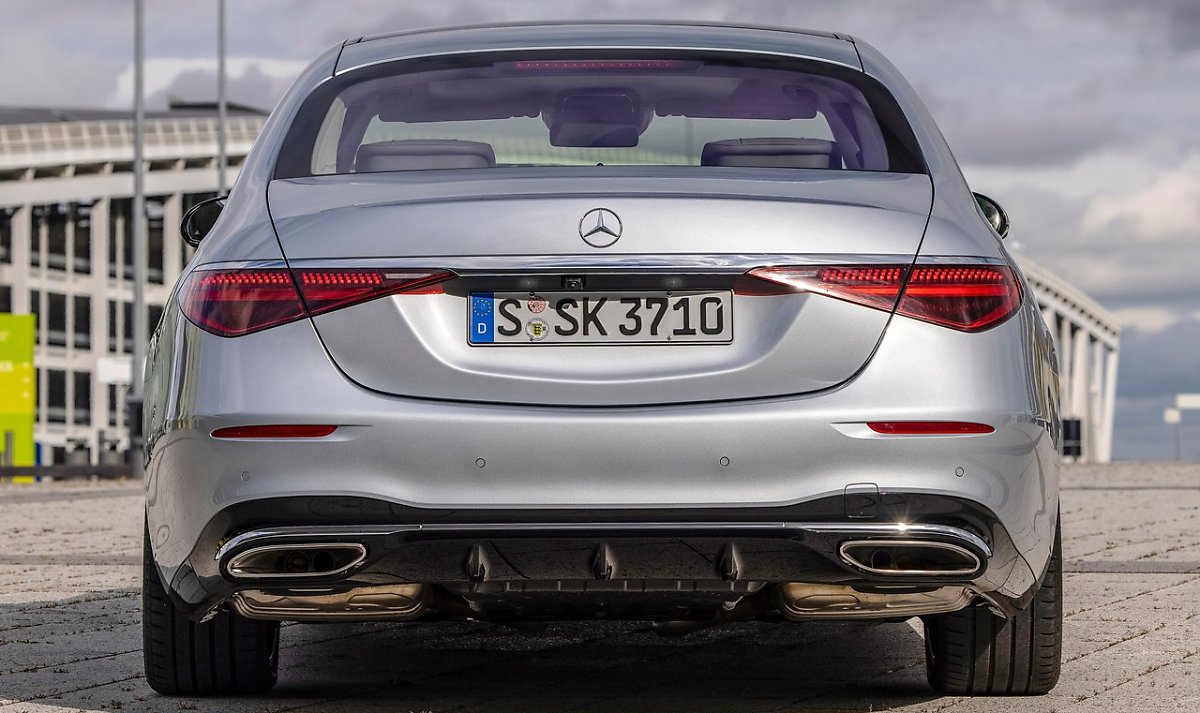 This triangular design, which contains the deep meaning of the brand, was continued in the S class representing the company. A bold chrome line that connects the two taillights has been added here to further enhance the sense of luxury. However, the design that further highlights the purity of Sensual Purity is not limited to the back side, and the side of the new S-Class has also been redesigned for the same purpose.

If you look at the side of the new S-Class, you can see that a sharp line passing near the belt line connects the headlights and taillights. Gordon Wagner, general manager of Benz Design, calls this the’Catwalk Line’, a design derived from the Mercedes design sculpture’Aesthetic A’, which was unveiled in 2017. Aesthetic A was a sculpture containing the brand’s future design vision.

In this way, Mercedes has dramatically changed the design of the S-Class to reveal its design philosophy, Sensual Purity, more clearly. Of course, the current design of the new S-Class is more sharply divided compared to the previous generation, but it seems clear that it conveys the meaning of Mercedes more clearly. I will conclude with anticipation whether Benz will be able to further develop the current design and reach the perfect level of popularity. It was car design anatomy. Thank you.

‘I thought it was just for games..’ It turned out that this model was the core of Hyundai N-Design Anatomy
Good morning. This is the DA report. Hyundai recently unveiled the high-performance version of Kona’Kona N’and unveiled the new slogan of the brand N. The slogan unveiled at’Hyundai N Day’ held on the 27th is’Never Just Drive’, which actively accommodates increasingly diverse power sources such as electric platforms and hydrogen fuel cells after the era of internal combustion engines, and provides sustainable performance. It contains the will to realize. In particular, Hyundai emphasizes the importance of E-GMP, its own platform for electrification.
designanatomy.co.kr

‘Look at those who don’t like Nutria’, the new M2 with the old sensibility of BMW-design anatomy
Good morning. This is a DA report. BMW, which officially launched the M3 Competition Sedan and M4 Competition Coupe in Korea on the 22nd, is preparing a new model. It is the M2 Coupe, a high-performance version of the new 2 series scheduled to be released this year, and pictures of recent driving tests are constantly being posted through overseas automotive media. The new M2 in the photo is wearing a thick camouflage membrane, so I can’t look at the detailed design, but one thing. […]
designanatomy.co.kr

The pouring demand for the release of’everything design’, will Hyundai accept it or turn it away?-Design Anatomy
Good morning. This is the anatomy of car design. Nowadays, you can easily access articles about the design and features of the Ioniq 5 or about test drives by looking at the version of the Naver car. As it was the first pure electric car in Korea, the public’s interest was hot, and the design also succeeded in attracting attention with the appropriate harmony between retro and current modern design philosophy. And Hyundai continued this momentum, and the first design exhibition program held at Hyundai Motorstudio Busan,’Reflection in Motion. […]
designanatomy.co.kr

‘F1 technology is introduced’ This electric car that AMG is already preparing for a high-performance version-design anatomy
Good morning. This is the DA report. Mercedes, which unveiled the actual new EQS at Auto Shanghai 2021, is preparing the EQS AMG, a high-performance version of the model. Related photos were also captured, the overall profile of the vehicle is maintained, and the front and rear light designs are similar to those of the existing EQS. However, the lower part of the front part is completely covered by the camouflage membrane, and the center grille is also covered with all parts except the logo. Belt line from the side […]
designanatomy.co.kr

‘Why always only China…?’ It turned out that the car brand that also launched a special Korean edition-design anatomy
Good morning. This is DA Report. With a population of about 1.4 billion, China, which boasts the number one population in the world, is one of the markets that global automobile brands can never give up. This is because the increase in sales volume in China, which forms the largest market size in a single country, leads to a tremendous increase in corporate profits. For this reason, several brands are releasing various’China Editions’ to capture the hearts of Chinese consumers. […]
designanatomy.co.kr

Would it be okay for this brand to reduce dependence on Asian companies for’declaring the production of batteries’? -Design anatomy
Good morning. This is the DA report. Porsche, which is actively entering the electric vehicle market with the introduction of the Taycan Turis Crossmo this year following the Taycan, the brand’s first electric car last year, delivered news. The plan is to build a factory that manufactures battery cells by the brand itself. This is what Porsche CEO Oliver Blume said in an interview with the German newspaper Frankfurter Allgemiene Sonntagszeitung, whose factory is located in Tuebingen, Germany.
designanatomy.co.kr

The history of this’lighting company’ that makes the sound of “I can’t keep up with it”-design anatomy
Good morning. This is DA Report. Recently, several automakers are unveiling new electric vehicle concepts and production vehicles in time for the Auto Shanghai 2021. Benz unveiled the real EQS, which was highly anticipated, at the Shanghai Motor Show for the first time, and Genesis also unveiled the brand’s first electric car, the eG80. As electric vehicles are becoming more popular, many changes are taking place in the design of vehicles. Among them, the biggest change is that lighting technology such as LED […]
designanatomy.co.kr

Cadillac’s all-time high-end model that’s so popular that it’s decided to sell internal combustion engines for nine more years-Design anatomy
Good morning. This is the DA report. New news about Cadillac, which has recently taken a practical first step toward electrification with the release of the mass-production version of Lyric. It is about Escalade, the brand’s flagship SUV. Cadillac wants to transform itself into a fully electric vehicle company by 2030, but it is news that there are no plans to force Escalade to end. Jeff Schuster, who leads the global market sales forecasting department of’LMC Automitive’, an automobile demand forecasting agency. […]
designanatomy.co.kr

Hummer EV’s most recent feature that’was actually possible’-design anatomy
Good morning. This is a DA report. Recently, the electrification of large vehicles is taking place faster than expected. Representatively, Ford presented a teaser image of the F150EV, an electric vehicle version of its flagship F150 pickup truck, and set a plan to start production in mid-2022. GMC, which revived Hummer in 10 years, is also rapidly adapting to the electric vehicle era. In particular, the pickup truck Hummer EV, which was unveiled last year, was sold out in 10 minutes from the launch and became a hot topic. And […]
designanatomy.co.kr

Genesis’ concept of five years ago that would have been a hit if it was released like this-design anatomy
Good morning. Car design anatomy. In 2016, five years ago, Genesis unveiled a new concept car. As the Genesis New York Concept, this concept has been a very important model in Genesis history. This is because it is a model that was born in a transitional period in which the current Genesis design philosophy,’Athletic Elegance’, is changing from the existing modern design. It can be said that it is a model that contains the design direction of Genesis, which is differentiated from Hyundai. priority […
designanatomy.co.kr