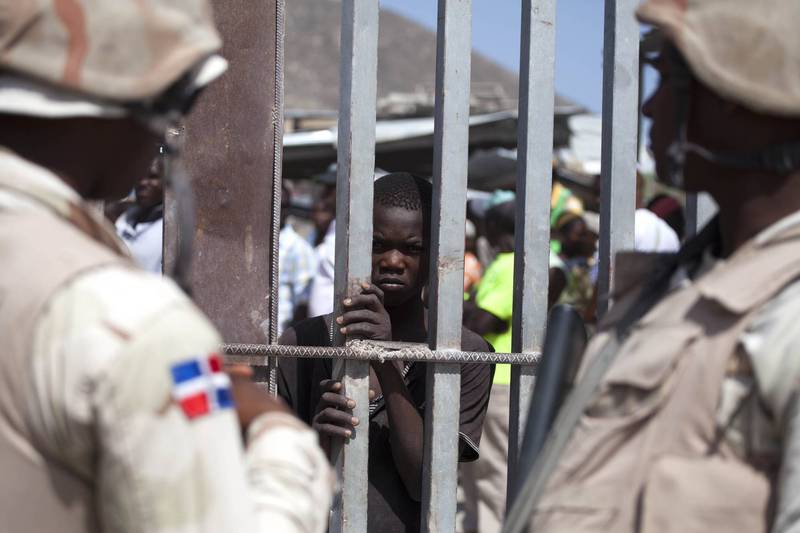 The border between Dominican Republic and Haiti already has some basic fences. (Associated Press information photo)

The fence is expected to start later this year, but Abinad did not disclose the cost of the construction project. He told Congress, “Within two years, we will end serious problems such as serious illegal immigration, drug smuggling, and stolen vehicle delivery.”

Abinad also said that in certain “conflict” areas, double-layer fences will be arranged, and they will be equipped with motion sensors, infrared scanning systems, and facial recognition cameras.

The report pointed out that there are an estimated 500,000 immigrants from Haiti in the Dominican Republic with a population of 11 million, most of whom are illegally smuggled. The Dominican government announced in January this year that it will provide identification documents for Haitian residents in the territory. Haiti is one of the poorest countries in the Western Hemisphere.

The relationship between the two countries has long been poor due to historical factors. The Dominican Republic became independent from Spain in 1821, but was annexed by the Haitian military in the following year. It was not until 1844 that it was separated from Haiti by means of war.

The Dominican Republic will build a fence with a total length of nearly 380 kilometers along the border with Haiti. (Taken from google map)