2021/02/15 22:34 Prime Minister of Australia approves the “Belt and Road Initiative” without benefit and implies that it will be rejected 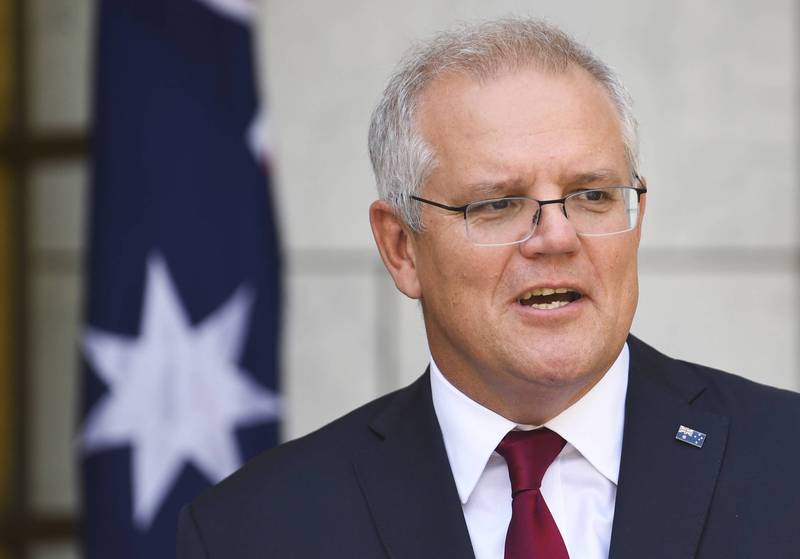 [International News Center/Comprehensive Report]Regarding the “Belt and Road” agreement signed between Victoria and China, Australian Prime Minister Scott Morrison pointed out that the agreement signed between Victoria and China has no benefits. “If there are benefits, what are they? Benefits? What are the costs?” It implies that the agreement will be rejected by the federal government.

Morrison said in an interview with the Australian “Herald Sun”, “I haven’t seen any benefits of this so far.” “If there are benefits, what are the benefits? What are the costs? I can’t answer these questions at the moment. , But (the government) will continue to evaluate these matters.”

Australian Finance Minister Josh Frydenberg also emphasized, “We did not agree at the beginning, and we still do not agree. Regarding this matter, we will undoubtedly make a decision at the appropriate moment.”

The Governor of Victoria (Dan Andrews) signed a memorandum of understanding on the “Belt and Road” project with China in 2018, which has been severely criticized by the outside world because China may use it to obtain funding and control of Victoria’s critical infrastructure. The scale of the “Belt and Road” project is 1.5 trillion US dollars (about 42.4 trillion Taiwan dollars), and China has signed 170 related agreements with 125 countries.

Australia passed the “Diplomatic Relations Act” in December last year. The government has the right to inspect and even veto agreements signed by states, territories, local councils, and public universities with other countries. Therefore, the Australian Federal Government may indeed intervene in the agreements signed between Victoria and China. .

Andrews and the governors of other states and chief ministers of territories must submit agreements with foreign countries to the federal government before March 10 for evaluation by the federal government. The British “Daily Mail” reported that Morrison’s remarks were undoubtedly a warning to Victoria of the outcome of the agreement signed with China.

Andrews defended the “Belt and Road” agreement, promising that this agreement will bring “more job opportunities, more trade and investment” to Victoria. But Morrison emphasized that he hopes that all foreign relations and agreements are in line with Australian federal policies. “This is a very important principle… When a government interacts with another country, there must be consistency.”