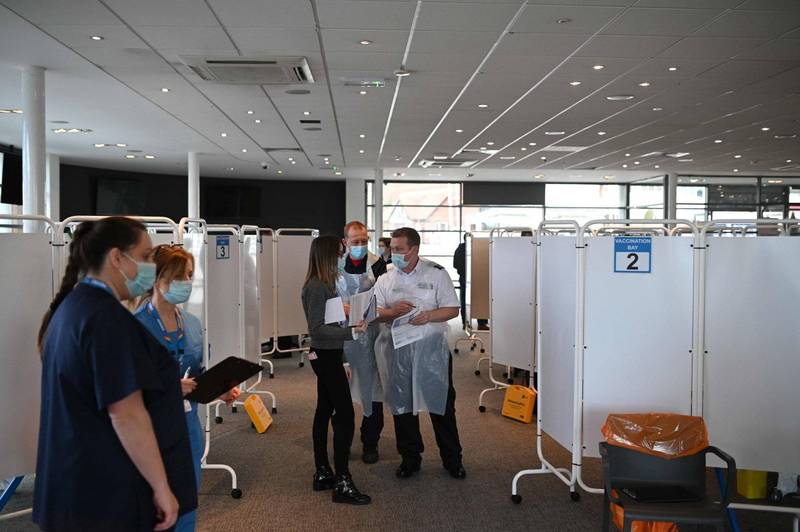 The number of confirmed cases of Wuhan pneumonia in the world has reached 187,785,960, and at least 2.4 million 543 people have been killed. The picture shows the British epidemic prevention personnel preparing for vaccination operations. (AFP)

[Central News Agency]Agence France-Presse’s consolidated official data shows that as of 11 o’clock GMT on the 15th (7 o’clock in the evening on the 15th in Taiwan), at least 2.4 million 543 people worldwide have died of Wuhan pneumonia (new coronavirus disease, COVID-19). At least 187,785,960 cases have been confirmed.

The epidemic broke out in China in December 2019, and so far at least 66,547,800 people worldwide are considered to have recovered.

The above data is based on the statistics provided by the health authorities of various countries every day. It does not include the re-estimated data proposed by the statistical units of Russia, Spain and the United Kingdom. The data is only a part of the actual total number of infections, because many cases are mild or asymptomatic. The patient has not been detected.

Globally, on the 14th, 6,386 people died and 29,730 confirmed cases were reported. According to the notified data, the countries with the largest number of new deaths were the United States (1156 deaths), Brazil (713 deaths) and Mexico (436 deaths).

The United States is still the most severely affected country, with a total of 485,337 deaths and 27.64 million 521 confirmed cases.

According to the proportion of deaths to the population, Belgium is the country with the highest mortality rate, with 187 deaths per 100,000 people. The following are Slovenia (179), the United Kingdom (173), and the Czech Republic ( 170 people) and Italy (155 people).