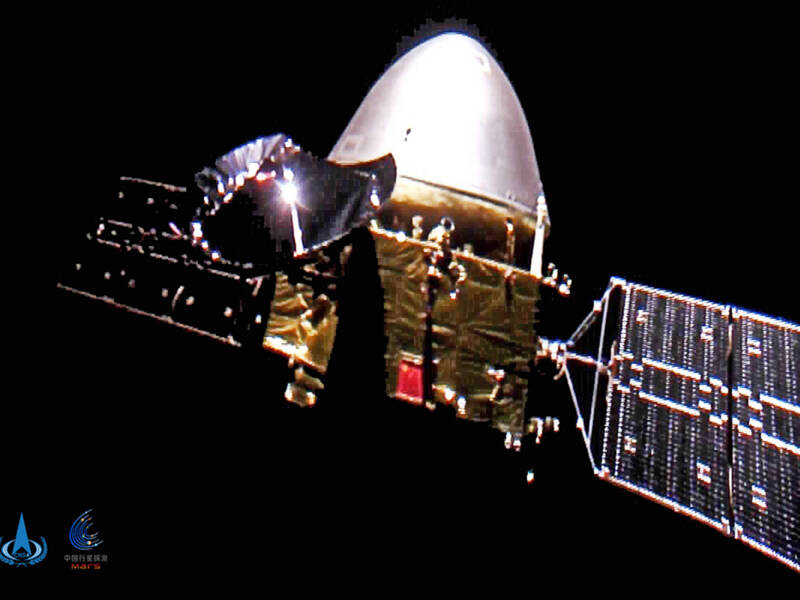 [Real-time news/comprehensive report]After the Chinese Mars probe “Tianwen No.1” lifted off on July 23 last year, it successfully entered the orbit of Mars today (10). This is the first autonomous Mars mission in Chinese history.

In July last year, when Mars opposed the sun, probes from the United States, China, and the United Arab Emirates successively launched and arrived on Mars this month. The Al-Amal (English: Hope) of the United Arab Emirates was in the early morning of the 10th. After successfully entering the orbit of Mars, China’s “Tianwen No. 1” arrived immediately, and the US “Perseverance” is scheduled to land on Mars on February 18.

According to Chinese media, after a 202-day journey of about 475 million kilometers, the “Tianwen No. 1” started its engine to decelerate at nearly 8 o’clock on Wednesday evening, allowing the probe to be captured by Mars’ gravity and then smoothly entered the Martian orbit.

Foreign media pointed out that, contrary to the process of the Arab League Space Center’s live-streamed probe entering the orbit of Mars on Tuesday, China chose to report its operations on Mars after the “Tianwen-1” successfully entered orbit.

The “Tianwen-1” mission consists of an orbiter and a rover. It will first orbit Mars and is expected to land on Mars in May or June. However, approximately 60% of Mars missions end in failures, crashes, burns, or other failures.

If “Tianwen-1” successfully landed, China will become the second country to land on Mars. After the United States first succeeded 45 years ago, it has successfully completed 8 landings so far, and NASA’s probes are still working on Mars.

The UAE’s “Hope” will not land on Mars, but will observe the weather in orbit around Mars.