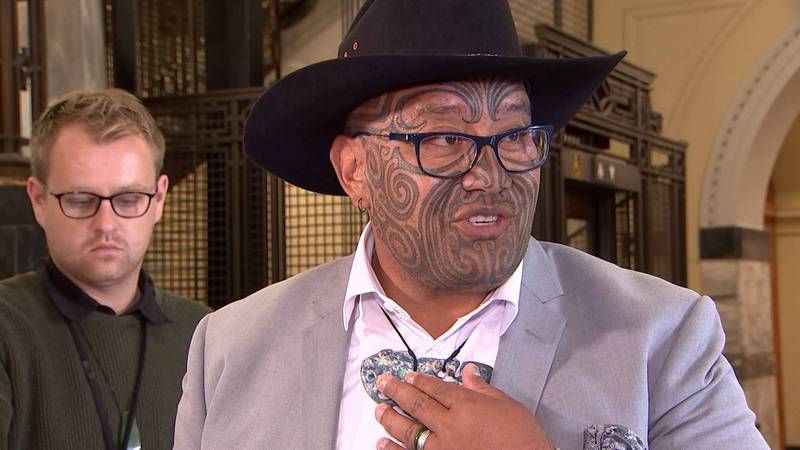 [Central News Agency]Wearing a tie into the parliament is a requirement of the New Zealand Parliament, and the aboriginal Maori parliamentarians believe that the tie is like a “colonial noose” and they are unwilling to cooperate with the deportation. However, the New Zealand parliament today gave in and allowed him not to wear a tie Speak in the Congress Hall.

Rawiri Waititi, the co-chairman of the Maori Party (Maori Party), was expelled from the meeting for questioning in the meeting yesterday, sparking intense debate.

Viditi, who has a “Ta Moko” tattoo on his face and a black cowboy hat, argued that he was wearing formal Maori clothing with traditional pendants.

He stepped out of the forum and said: “This is not a tie issue, but a cultural identity.”

Viditi said that the tie dispute highlights that New Zealand’s ethnic relations still need to be improved, and said, “This is an infringement of the rights of indigenous peoples. We (must) have the freedom to express our cultural identity in an occasion like the Palace of Parliament. “.

New Zealand Prime Minister Jacinda Ardern stated that she has no objection to members of Parliament not wearing a tie, and pointed out that “for all of us, there are more important issues.”

After Trevor Mallard, the Speaker of the National Assembly, strictly enforced the dress code yesterday, when Viditi, who did not wear a tie, spoke in the forum today, he responded with a more relaxed approach, not expelling Viditi, but only let him Unhindered to ask a question, then said that it is considering changing the internal regulations.

New Zealand has a population of 5 million, and the indigenous Maori people account for about 15%. However, statistics such as poverty and imprisonment show that the proportion of Maori people is too high, and many people attribute injustice back to the British colonial rule.