2021/02/10 21:16 Too many cartoons!Chinese boy jumped down from the third floor by his parents under an umbrella 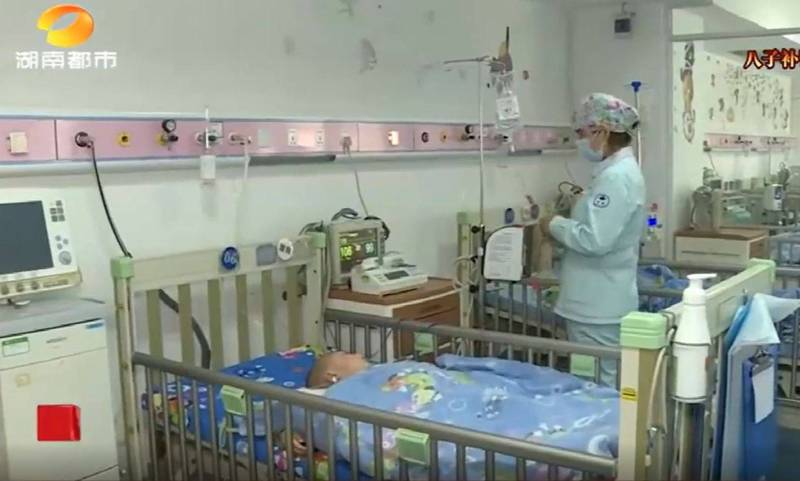 A 6-year-old boy from Hunan, China jumped from the balcony on the third floor under an umbrella, and was sent to a doctor for treatment with multiple fractures throughout his body. (The picture is taken from Hunan Metropolis News)

[Real-time news/comprehensive report]A 6-year-old boy in Hunan Province, China, was recently locked in his home by his parents. He was eager to go out to play with friends. He imitated the animation and jumped from the balcony on the third floor with an umbrella. Fracture, urgently seek medical attention.

According to The Paper, a grandmother in her 80s who is suffering from dementia in the boy’s home. Because the boy’s parents were worried about the elderly’s leaving the house, they locked the boy together with his 4-year-old sister and grandmother and went out to work. Thinking of the boy eager to go out to play with his friends, he actually took an umbrella to imitate the cartoon, opened the window and opened the umbrella and jumped from the balcony on the third floor.

The boy’s parents said that the 4-year-old sister originally planned to jump off the balcony, but she was timid when she saw her brother fell, so she did not jump down.

Zang Ping, deputy director of the Department of Critical Care at Hunan Children’s Hospital, said that the boy was unconscious and in a coma during the examination. His pupils were of different sizes and his brain damage was very serious.

Zang Ping said that every winter and summer vacations, many children fall from heights or car accidents are admitted, reminding parents to strengthen care, and correctly educate children not to imitate dangerous actions.